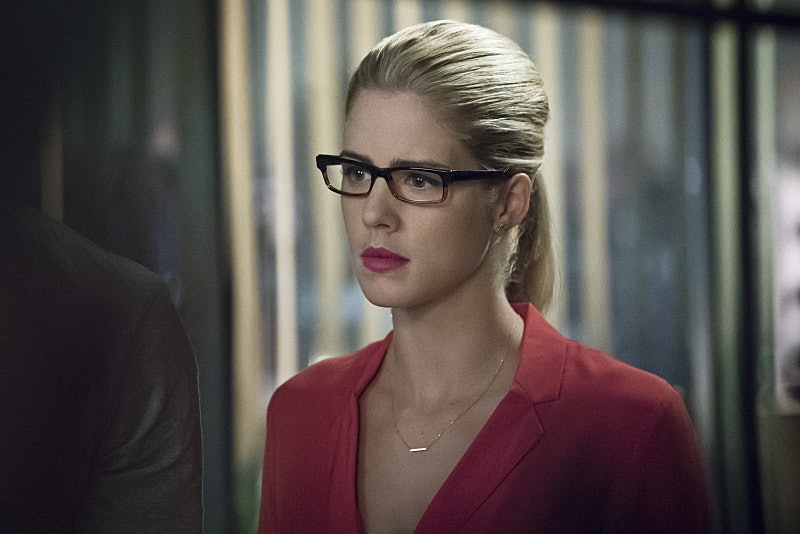 I knew this reveal was coming, but it still felt good to hear it confirmed nonetheless. Ray is alive on Arrow , however, that doesn't mean he's necessarily safe. In fact, his life is arguably in more danger than ever before since Damien Darhk is currently holding Ray captive. And not only that, but our A.T.O.M. is now finally living up to his name size-wise. That's right, folks — Ray is not only kidnapped, but now he's pretty much literally the size of an actual atom, which has probably put a serious damper on any escape plan he may have hatched. But the good news is, now that Felicity knows that Ray is alive, she can notify the rest of Team Arrow figure out a proper rescue mission to get him out of Darhk's villainous grasp.

Right now it's still unclear what exactly Darhk wants with Ray, especially in his super small condition. Does Darhk himself want to possess the ability to shrink himself down or is Ray simply bait to lure the rest of the Star City gang into his lair? As of now your guess is as good as mine, but rest assured, whatever reason Darhk has for taking Ray, it's bound to lead to no good. But hey, if Darhk wasn't, well, dark then he really wouldn't be living up to his name.

And while I'll admit that the circumstances regarding Ray's return aren't exactly ideal, it's still so good to have him back on our television screens once more. Next week's promo alone already has me excited for what's to come. And considering that Ray will eventually make his way to Legends of Tomorrow, I'm willing to be that their rescue mission will be a huge success. Let's just hope that no innocent lives are lost in the process. I'd hate to think that in getting Ray back, we lose another beloved character in his place.

That mystery grave in the Arrow flash forward may be inevitable. But I'm not ready to say goodbye to anyone just yet.