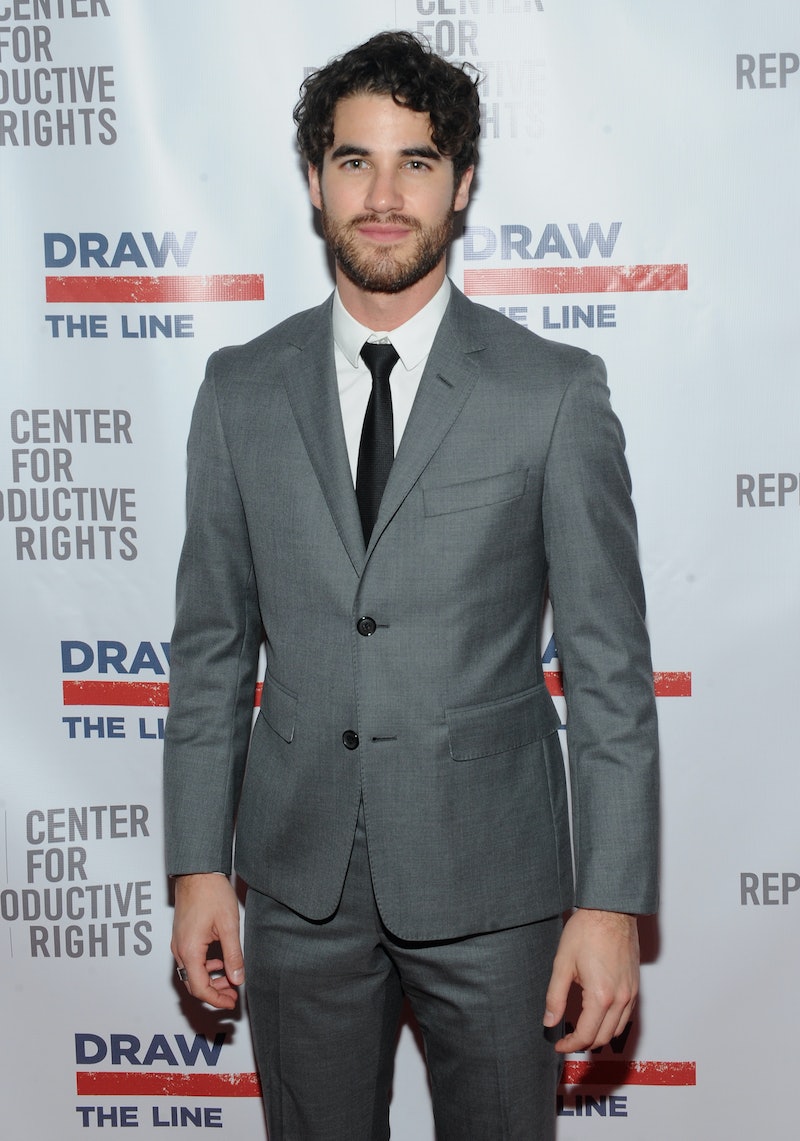 Gleeks, you can halfway rejoice. Darren Criss checked into American Horror Story: Hotel on Wednesday night. I would love to tell you all that he will stick around for future episodes, but unfortunately he already bit the big one about ten minutes from the moment he arrived. Yup, Darren Criss died on AHS: Hotel, but his awful hipster character totally deserved it.

A far cry from his Glee days, Criss strolled into the Cortez as one half of the ultimate hipster couple along with Awkward's Jessica Lu. Well, the pair picked the wrong night to walk up to that registration desk acting like obnoxious brats, because Iris happened to be newly turned into a vampire and was having a tough time adjusting. Criss' character Justin and his lady didn't exactly treat her with respect and aggressively demanded that she cater to their every whim. They wanted better sheets, artisanal cheese platters, pâté, and fancy ass romaine lettuce. By the time "artisanal cheese platter" came out of Justin's mouth, I was basically chanting "murder these jerks!"

Fortunately when you combine Iris with a deviously amazing Liz Taylor and murderous magic happened. After feeding the pair cat food in place of pâté (genius), Iris was subjected to another rant about how below their standards the Cortez turned out to be. Justin simply couldn't understand why they didn't hire "a hot staff!" Then Iris had enough of their shenanigans.

She stabbed them with a wine opener and drank some of their sweet hipster blood (that was probably organically sourced). I have to say, theirs were some of the most satisfying deaths on the show because those two were straight up awful. Sometimes you have to be on the bad guys' side and Iris needed to let out some pent up emotions. It was a win all around.