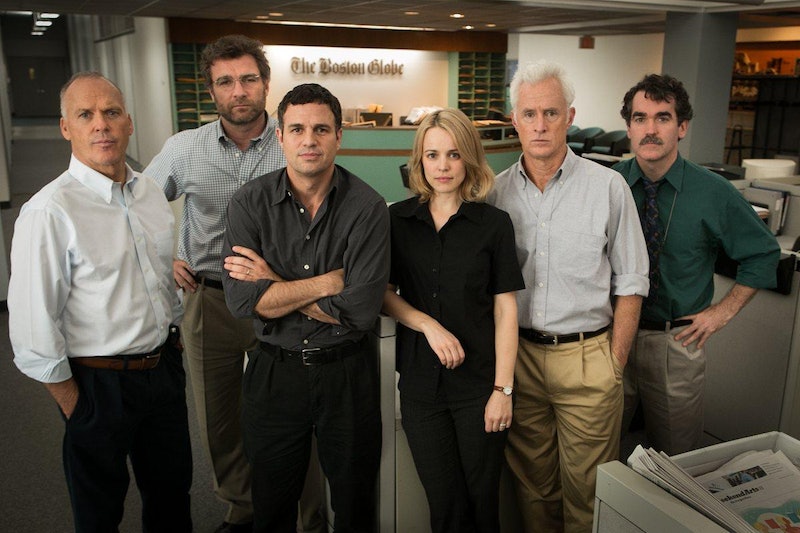 The new movie Spotlight addresses one of the most infamous news items of the 21st century: the Catholic Church sex abuse scandal. Named for the Boston Globe team who investigated the story, Spotlight shows how these reporters discovered that the initial abuse allegations were just the tip of the iceberg. After unearthing evidence which implied that abuse in the Church was much more pervasive than originally believed, the journalists had the troubling task of exposing a major scandal within one of the world's most revered institutions. The subsequent events (both the public aspects and behind-the-scenes) are dramatically portrayed in the film, but there's still the important question of what happened after the Spotlight team uncovered the horrifying abuse.

Spotlight shows that the most egregious aspect of the scandal was not just that the abuse occurred, but that the Church knew about it and attempted to cover it up without taking sufficient measures to prevent such offenses from occurring in the future. The Globe team had to fight for the release of thousands of documents which had been sealed by the Church, and which proved to be substantive evidence that there was a long-standing history of abuse by clergy members. The subsequent implications of the scandal were widespread and are still relevant over a decade later. Here a few highly important facts about the aftermath.

Cardinal Bernard F. Law resigned in Demember 2002, 11 months after issuing a statement that he hadn't been aware of recent abuse and had in fact previously taken measures to prevent pedophilia in the church. It was later revealed that Law actually had prior knowledge of ongoing abuse by priests and had taken actions to hide these cases from the public. His resignation was a relief— if only a minor one— for the many victims.

The Scandal Cost The Catholic Church Billions Of Dollars

Between private settlements and loss of contributions from Church members and other donors, the Catholic Church has suffered gigantic financial losses since the scandal broke. Other costs, including therapy for victims, support for offenders, and attorneys' fees, have contributed to an overall loss of $3 billion by 2013, which was estimated to be closer to $4 billion in a recent report looking at figures from 2014.

After it was revealed that some church officials had been aware of abuse and had failed to report it, many U.S. states (including Massachusetts) passed legislature to prevent such negligence in the future. Clergy members are now listed as "mandated reporters" in many states, meaning that if they have knowledge of abuse they must come forward with it.

Although the aftermath of the Catholic Church abuse scandal was complex and had some devastating consequences, it also provided the grounds for healing for many victims who had suffered in silence for years. Spotlight addresses this with with its portrayal of the events as they unfolded, reminding us of a part of history which is painful but also important to never forget.