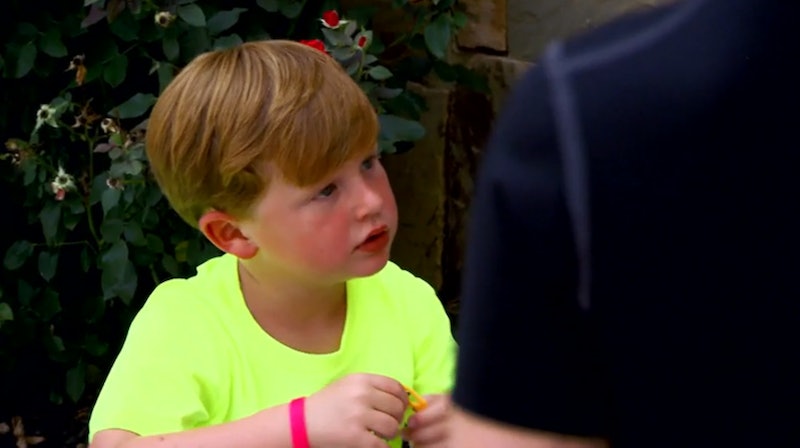 If you're a fan of Kim Zolciak, her big family, and the craziness they bring to reality television, then here's some sad news: Thursday is the Season 4 finale of Don't Be Tardy . That's right, the time has come for the Zolciak-Biermann family to say goodbye, yet again. So, to celebrate the last episode of the fourth season, here is an exclusive clip showing Kroy Biermann teaching his son KJ to be the man of the house, before the Atlanta Falcons player goes off to football camp. Let me tell you, KJ is already the master at setting the rules and telling everyone how his house will be run.

Kroy says in the clip, "I think it is important for KJ to understand that he is the eldest of the younger four kids and that he has to set a good example." Well, KJ has no problem whatsoever with that. He tells his dad," I can help with everything with these babies." Basically, Kroy has nothing to worry about, because KJ is going to do his job and take care of Kash, the twins Kaia and Kane, and even his older sisters Brielle and Ariana. For example, KJ even says that when he tells Kash to take a bath, Kash will respond, "Yes, sir, KJ."

As for Brielle, well, KJ is apparently going to run a tight ship. If he needs to punish her, here's how it's going down: "Brielle needs to go in her room for the rest of the week, and I'm gonna put a chain tight on her door."

I think it's safe to say that little guy isn't afraid to take on a bigger role and make the tough rules. For more of KJ as man of the house, be sure to check out the clip below and tune into Don't Be Tardy on Thursday at 10 p.m. on Bravo. 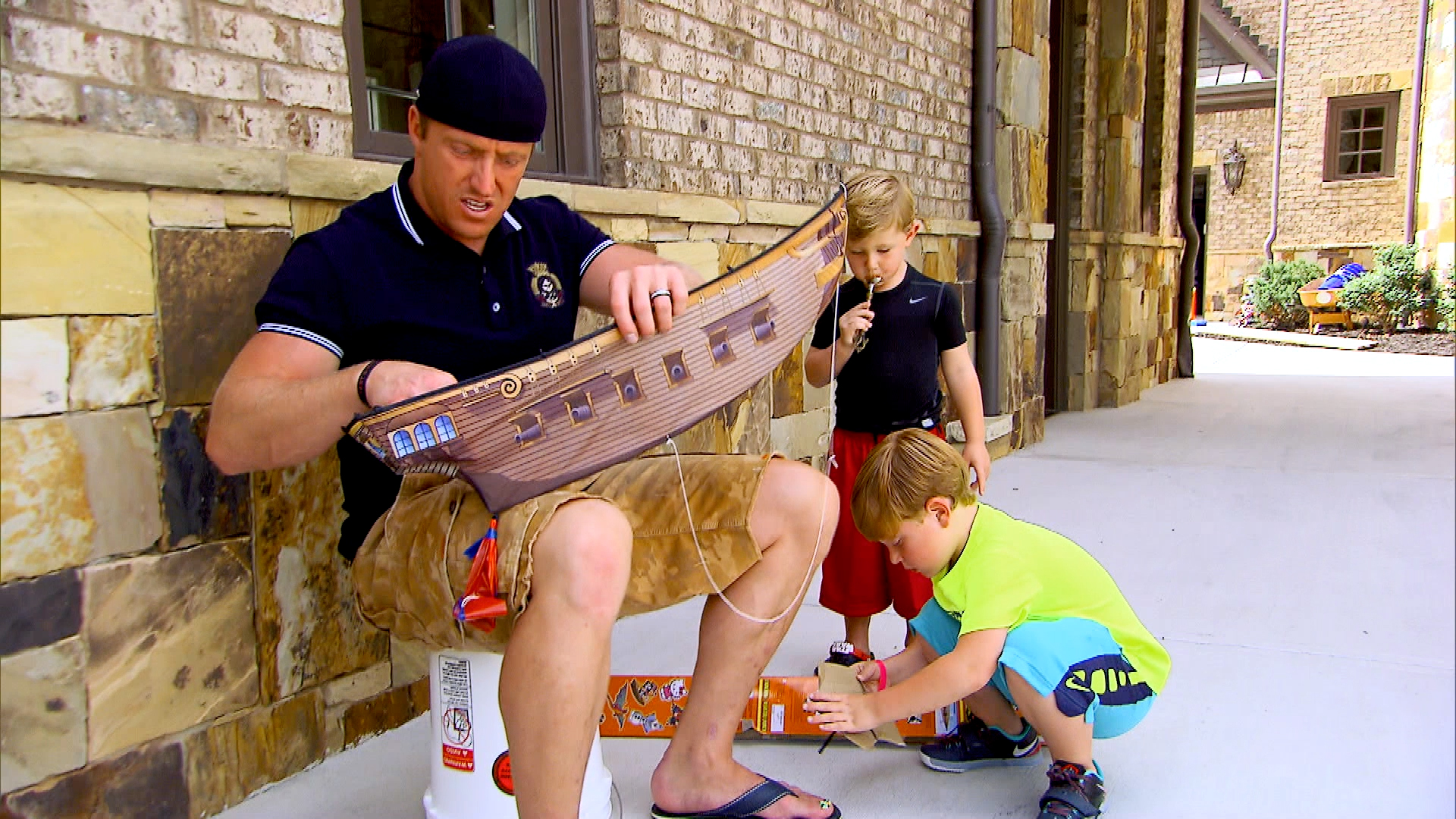