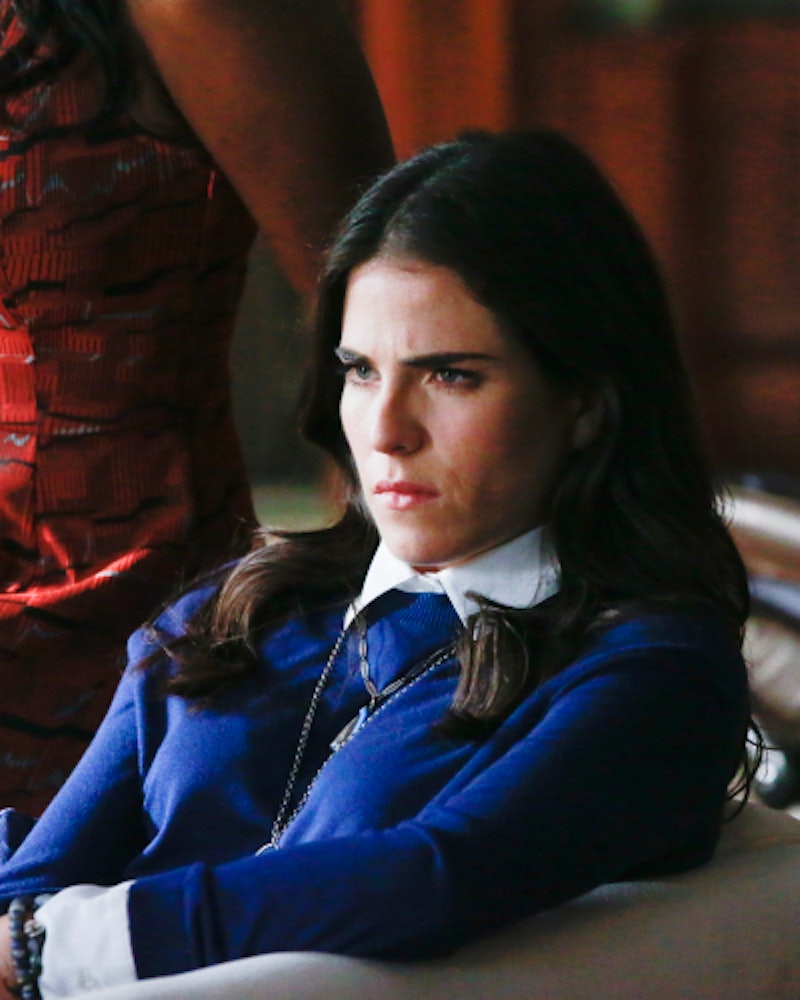 When it comes to a show like How To Get Away With Murder, trying to trust someone (even the victim) can seem about as easy as eating just one M&M. In other words, it's almost downright impossible. And that makes the mystery surrounding Annalise's shooter all the more difficult to solve. I mean, how do you narrow a list of suspects down when everyone looks guilty and has proven that they're more than capable of committing atrocious deeds? That being said, there is one character that I'm starting to keep close tabs on — someone who I think could be the culprit we've been looking for, and that's Laurel Castillo. That's right, my friends — I think Laurel was the one who shot Annalise on HTGAWM .

She may have started this series as a quiet, innocent girl, but throughout the past season and a half, we've watched Laurel come out of her shell in more ways than one. Not only has she become eerily good at helping the Keating Five cover up their murderous tracks, but she's also seemed to kind of even enjoy it at times. This girl has gotten a taste for the dark side and instead of shying away from it, she's embraced it. And while some of this can be attributed to her own personality traits, I'd say another contributing factor is the intimate company she likes to keep.

I'm referring, of course, to Frank, whom I feel has become a sort of mentor to her in many ways. She may not know that he killed Lila or helped Annalise cover up Rebecca's murder, but she can sense a darkness within him that she perhaps sees deep down in herself. In fact, that's really what attracted her to him in the first place — the idea that it was wrong and maybe even a little dangerous. We're starting to see a new, freer side to her that is both refreshing and unsettling, because it means she could be capable of anything… even shooting her professor.

Heck, maybe Frank was in on it with Laurel. These two would make for an unstoppable Bonnie and Clyde-type duo. Granted, I'm not sure what would cause them to take such drastic measures like shooting Annalise, but given all the twists and turns this series is known for, I'm sure the writers would be able to come up with something. Maybe she threatens to expose Frank's wrongdoings and Laurel takes action to protect him. Or perhaps Annalise saw Laurel kill Emily Sinclair (whether it was by accident or otherwise) and became collateral damage. Either way, there's a darkness brewing inside of Laurel and if left unchecked could result in some deadly consequences.

By now we should know that everyone on this show is capable of murder. And if given the proper motivation, they're willing to do unspeakable things. Laurel may play the good girl role on the outside, but as Frank's happy family life shows, looks can be deceiving. And for all we know, there could've been more than just one killer at that dinner table.