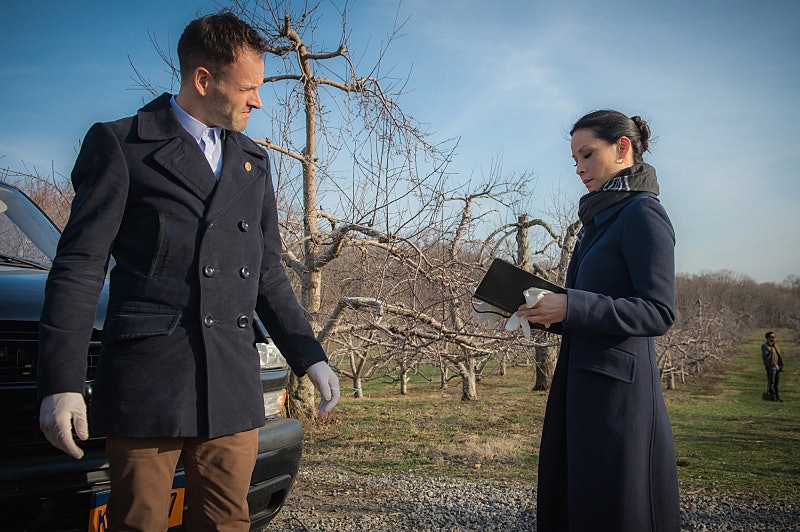 Procedural shows don't need to have overarching mysteries and storylines, but with a character as familiar as Sherlock Holmes, there are bound to be a few connecting threads. The CBS series returns on Thursday, so let's recap Season 3 of Elementary. While the third season didn't exactly have a Big Bad like the Irene Adler/Moriarty debacle of previous years (we miss you, Natalie Dormer), a lot of important things went down that are bound to affect the working relationship of Joan and Sherlock in the future.

Elementary Season 3 marked several positive changes for most of the characters. Joan Watson is a full-fledged detective and not an apprentice anymore. Gregson got a promotion. That leaves Sherlock, who ended the Season in more trouble than ever. At least Clyde the turtle is okay. The season was pretty bereft of the extended Holmes family. Sherlock's brother Mycroft only appeared in Season 2. We've heard about their father Morland Holmes in previous episodes, but we're finally going to meet him in Season 4 — the finale ended with Joan giving Sherlock the news that his father was on a plane. Ruh roh! The illustrious M. Holmes will be played by John Noble, who you may recognize from Sleepy Hollow and Fringe.

So, without further ado, here's a quick refresher on what Season 3 was all about and where everything left off.

The third season started off one full year after Sherlock went to work for MI6 in London and Joan decided to move out of the house. While Holmes was fired from her job and had to return to his home in New York, Joan Watson had taken up a job as a private investigator working with the NYPD. She also has a boyfriend, Andrew, who was poisoned and killed during the season.

When Sherlock and Joan finally reunited, Watson discovered that there was a new protegé in her place — Kitty Winter. However, while she moved to NYC to continue working with him, Kitty's dark past caught up with her. Before tracking down Sherlock Holmes, she was kidnapped and raped by a violent man with a history. Joan got her into a support group, but one day a woman was discovered with scars that matched Kitty's from the attack. They tracked the man down and Kitty burned his face off, but ultimately left town.

We knew this was inevitable, or at least possible. The re-imagining of Sherlock Holmes as a heroin addict and Joan Watson as, at the start, his sober companion, meant that Sherlock was always in danger of relapsing. In the middle of the season, Sherlock Holmes' old dealer Oscar Rankin returned, and in the Season 3 finale he came back again with a mission for the detective — find his missing sister. However, that investigation ended poorly. Alfredo was rescued, but Holmes both relapsed and possibly killed Oscar.