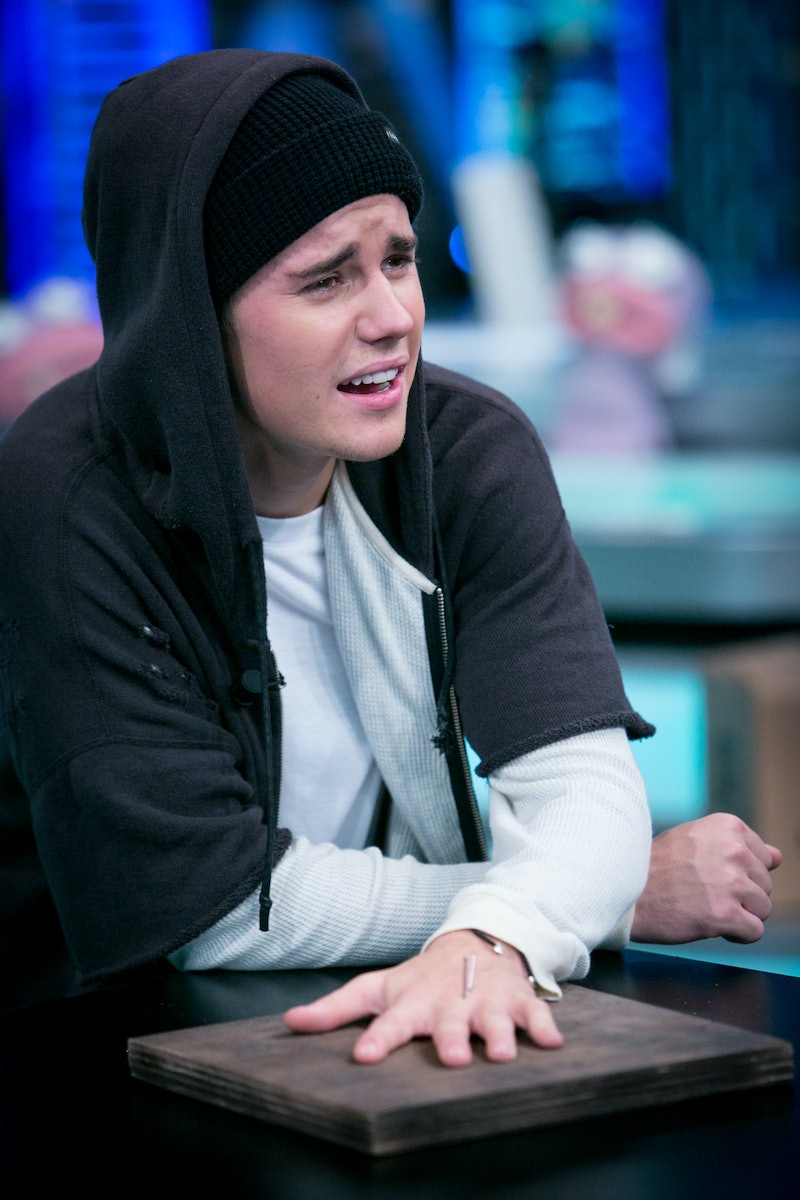 Are there any people out there who still don't consider themselves Bieber fans? Well, in a new interview with Billboard, Justin Bieber really opened up about life, love, and his music. He devoted a large part of the interview to talking about how personal Bieber's upcoming album Purpose is, making everyone more excited to see what he's bringing to the table. Due on Nov. 13, we've already gotten a taster of what Purpose will be like with singles "Sorry" and "What Do You Mean?" From the outset, it's clear that Purpose will be an apology of sorts, but will also provide an opportunity to finally see the real Bieber.

In Billboard, Bieber explains, "I’m self-expressing with this album — I can’t skip on the moments that were dark, the moments that were happy, the ex-girlfriend stuff. It makes it real, rather than ‘Let’s call up Max Martin to write you a hit song.’ I want my music to be inspiring.” His quest is valid; he finally wants to step out from behind his pop persona and all those tabloid stories of misbehavior, and give us an insight into what being one of the most recognizable pop stars on the planet is really like. Bieber himself copped to this bad behavior in an interview on The Ellen Show back in January, when he said, "I've done some things that might not of been the greatest... I just want to be able to... kind of just own up to some of the things." And it's looking as though Purpose will achieve just that.

Bieber collaborator Big Sean said to Billboard that, “He’s building credibility as a true artist right before our eyes. Sometimes people really want you to fail, but when you put good music out, it’s undeniable." The response to Bieber's new music has been really positive, and the build-up to his single, "What Do You Mean?," was epic. Bieber enlisted the help of 77 famous friends to help promote and generate excitement for the single, which really puts Taylor Swift's BFF antics into perspective. Talk about #SquadGoals.

Of Justin Bieber, Billboard says, "Bieber is humble about even this, the very promising new phase of his career." Which is a positive thing to hear, especially considering the challenging stage he went through after breaking up with Selena Gomez at the start of 2013. To know that Bieber understands that he's been granted a very real opportunity to reinvent himself gives me hope for his future. And, if his new music is anything to go by, Bieber seems to understand exactly what we want right now.

Bieber turned 21 earlier in 2015, so it makes total sense that he's moving on to the adult phase of his career, appealing to an older audience, and to his original fans who have grown up with him. However, his appeal is now on a much wider scale. "What Do You Mean?" debuted at No. 1 on Billboard 's Hot 100, a real achievement for Bieber, and evidence that his songs are liked by a huge audience.

As well as being sorry, Bieber's reflective about where he's come from and what it all means. In Billboard, he says, “I wouldn’t suggest being a child star. It’s the toughest thing in the world.” Fame at such an early age has obviously impacted on him greatly. Being under immense pressure and scrutiny pretty much constantly has inevitably taken its toll, as it would on anyone, which is why we're glad to see Bieber finding his feet and reentering the music world in such a powerful way. In the interview, Bieber also says, “It’s hard to make meaningful songs that make you want to dance because it can come off cheesy." But with the singles from Purpose to date, he's totally achieved just that. Use your second chance for good, Justin Bieber. We'd like you stick around this time.