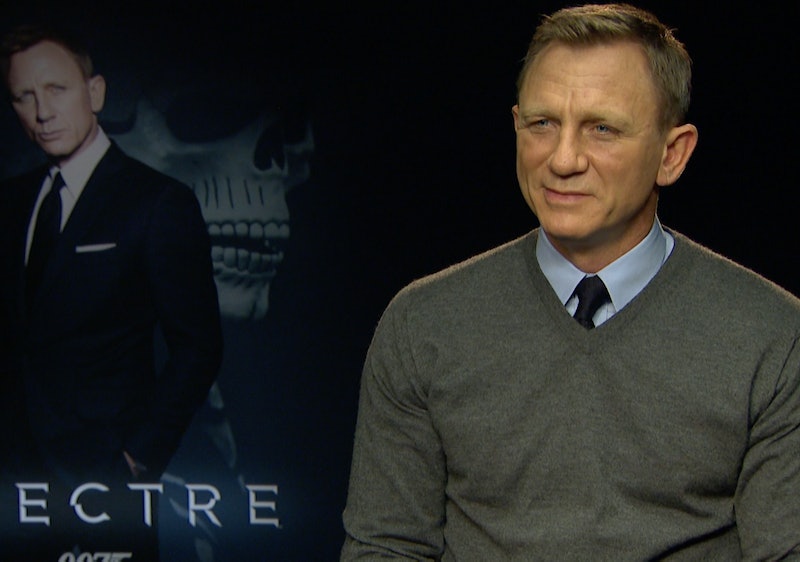 It wasn't all that long ago that current James Bond, Spectre star Daniel Craig, surprised fans everywhere with quotes like "I'd rather break this glass and slash my wrists [than make another Bond film]" or "All I want to do is move on" (both in an interview with TimeOut London), but along with that brutal honesty came some candidness that gave me great confidence. He told The Red Bulletin how he really feels about Bond's famous "way with the ladies":

But let’s not forget that [Bond is] actually a misogynist. A lot of women are drawn to him chiefly because he embodies a certain kind of danger and never sticks around for too long.

Look, I love James Bond. I took to Spectre with the same fervor I've taken to every single one of Craig's Bond films, but I know 007's deal. He's generally a ladies' man in the truest sense of the term. Thankfully, Craig's iteration of the character is more well-rounded and has far more significant relationships with women than past iterations and the actor tells me that element has been a priority for him throughout his run.

"It is absolutely crucial to me that when we do these films, that we cast the best actresses you can find and you have to offer good actresses a part — they’re not going to do it if there’s nothing there," he says. With actresses like Naomie Harris (who returns as Moneypenny), Monica Bellucci (Lucia), and Lea Seydoux (Dr. Madeleine Swann), I'd wager that Craig certainly got his wish with Spectre.

So how do you offer a woman the right role in a Bond film? (Don't even think about calling them "Bond Girls," a term Craig says is "demeaning.") The reigning 007 has a few ideas.

"I also feel that unless they challenge my character in some way, what’s the point? It has to have some friction, we have to have something, because where does the desire come from? Or the passion? Or any of those things?" he says.

In Spectre's case, Seydoux's Dr. Swann certainly challenges Bond — at least at the outset. She's not quick to trust him or fall trap to his usual charms and she quite sternly kicks him out of her office at one point. Still, as the trailer will show you, she's still got that requisite chemistry with Bond, so you know, do the math, folks.

And while Bond may still have the power to bend women to his whims, I think it's pretty important and pretty significant that the man behind the character actively champions the women he shares the big screen with. These women are more than accessories to the hero's plot — they're living, breathing characters within this fictional world and should be treated as such on both sides of the camera.

"I want to be standing in front of the most talented people," says Craig.

Lucky for him, he definitely is.