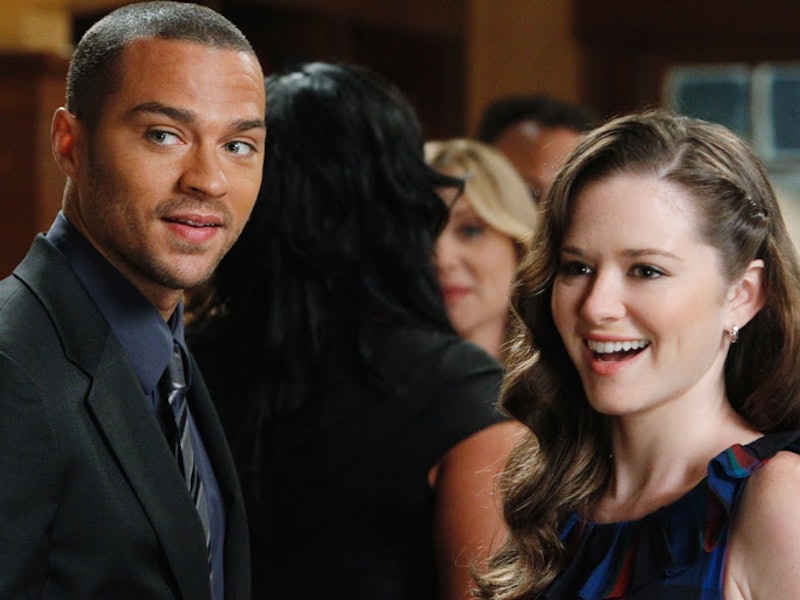 Just when you thought it was safe for April and Jackson to get back in the water, Grey’s Anatomy goes and throws another obstacle in the way of them repairing their marriage. Viewers were formally introduced to Martin Henderson’s Dr. Riggs, who worked with April on her Doctors Without Borders thing, and the two seemed pretty cozy. Will Riggs come between April and Jackson? This pair seemed like they were finally getting things back together, but a new hot doctor would certainly throw a wrench in those plans.

April brought to Grey Sloan an orphan from Jordan who suffers from this crazy tumor disease where his hands are just basically tumors. Dr. Riggs is the doctor that brought this adorable child to Seattle from the Middle East, and boy, you could just feel the tension when Jackson saw this super hot doctor that was so familiar with his wife. To Jackson, Riggs represents April’s other life—the life without Jackson—so when Jackson finds out that this kid’s disease is way more advanced than he had anticipated, he doesn’t want to help. To be fair, April intentionally manipulated this whole situation, which was crummy of her, but it was kind of cold of Jackson to be so dismissive. In the end, they save the kid’s hands and everything seems hunky dory. Next week, though, the previews show that Riggs is still around! What gives?

My take? With Derek gone (even though he was coupled up), Shonda is throwing another hot doc in there to shake things up. But why does it have to be to shake things up between April and Jackson? I thought we were done with this nonsense and the show could just let them be back together. Grey’s Anatomy won’t bring in someone April knows and not use that to its advantage to break my heart. Sigh. Can’t they just be happy?