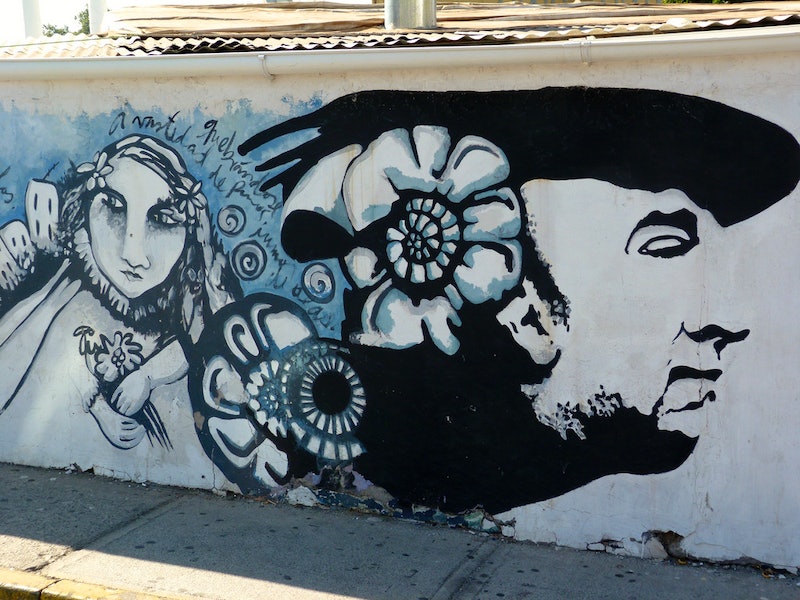 According to a Thursday press release from Chile's Interior Ministry, it's likely that Pablo Neruda was politically assassinated by Augusto Pinochet's dictatorship. The announcement follows the exhumation of Neruda's body for examination in 2013, some 40 years after the poet's death. Now, the corpse will undergo a new battery of tests to determine whether foul play was involved.

Official reports list prostate cancer as Neruda's cause of death. Four decades' worth of rampant speculation that the poet was poisoned prompted the exhumation two years ago. No evidence was found in that investigation, but extensive campaigning from family and friends compelled the Chilean government to reopen the case.

Neruda was a Nobel Prize-winning writer famous for his love poems. He was also a devoted communist who supported President Salvador Allende, the region's first democratically-elected socialist head of state. On September 11, 1973, Allende was deposed in a U.S.-backed coup that put Pinochet in power; he allegedly committed suicide as his home was being overrun by the new president's forces.

The poet feared for his life under a Pinochet presidency. The dictator's agents ransacked his home at Isla Negra. Neruda made plans to leave Chile for Mexico. But, as the Associated Press observes, "he would have been an influential voice against the dictatorship," even from his self-imposed exile.

On the day before he was set to flee — only 12 days into the Pinochet regime — the poet was rushed to a Santiago clinic where his cancer had been previously treated. Neruda's driver claims that an agent from the dictatorship took the opportunity provided by the poet's weakened state to inject poison into his abdomen. According to ABC, "that murderous agent has been alternately identified as a supposed CIA double-agent, a child-abusing Nazi, and a shady doctor who tortured prisoners for Pinochet's government."

In January 2015, the head of Chile's department of human rights announced that "[t]here is initial evidence that he was poisoned and in that sense the signs point to the intervention of specific agents" in Neruda's death. At the time, the government was conducting further testing to see what poisons, if any, were used. Now, the country's Interior Ministry says "[i]t's clearly possible and highly probable that a third party" was involved in Neruda's death. Although autopsy experts have yet to reach a consensus, the news provides the poet's family, friends, and fans with some long-awaited closure.

More like this
A New Netflix Doc Will Explore The Unsolved Murder Of Jill Dando
By Sam Ramsden
This First Look At 'The Gold' Shows Jack Lowden In A Whole New Light
By El Hunt and Sam Ramsden
Prince Harry Incorrectly Recites Christina Aguilera’s “Genie In A Bottle” Lyrics
By Jake Viswanath
I Read Prince Harry's 'Spare' So You Don’t Have To: 11 Highlights To Know
By Marina Watts
Get Even More From Bustle — Sign Up For The Newsletter
From hair trends to relationship advice, our daily newsletter has everything you need to sound like a person who’s on TikTok, even if you aren’t.