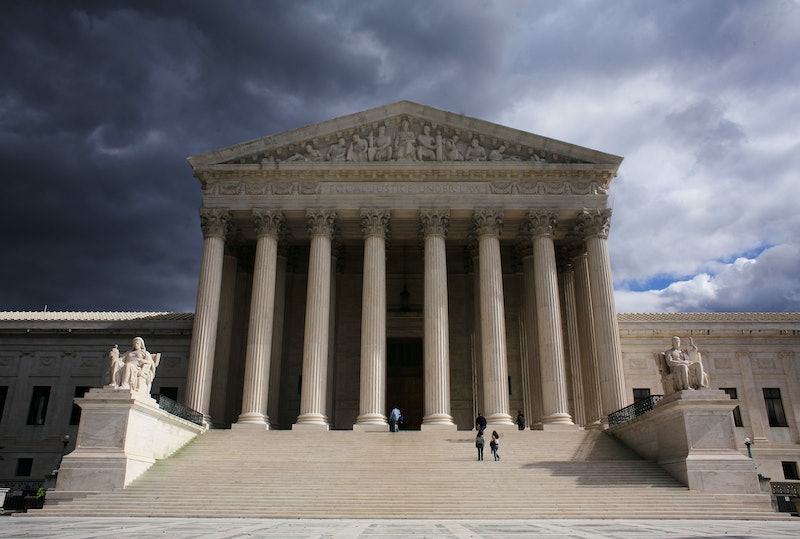 On Friday, the Supreme Court announced that SCOTUS will rule on the Obamacare birth control mandate that some religious organizations are currently exempt from. Women's rights groups had feared that the Supreme Court would take up at least one of the cases that challenges the mandate yet again on religious grounds. Consider this ruling a potential Hobby Lobby, round two — it could threaten employers' requirements to provide their employees with birth control even more than the Hobby Lobby ruling did; a slow erosion of women's rights under Obamacare, in other words.

Of course, it might not be all bad news. If the Supreme Court took up the case to ultimately reject what religious groups claim is their right to not provide birth control for religious reasons, then it would certainly clarify the Court's position for any other employers who sought to disable their employees' right to birth control. However, as with Hobby Lobby, the Court's hearing of the case could also be a very bad thing: If the justices are split along the same lines, and religious groups are ultimately granted by the Supreme Court a right to object to birth control, it would essentially be a Hobby Lobby sequel.

As Ruth Bader Ginsburg perfectly put it in her original Hobby Lobby dissent: "The court, I fear, has ventured into a minefield."