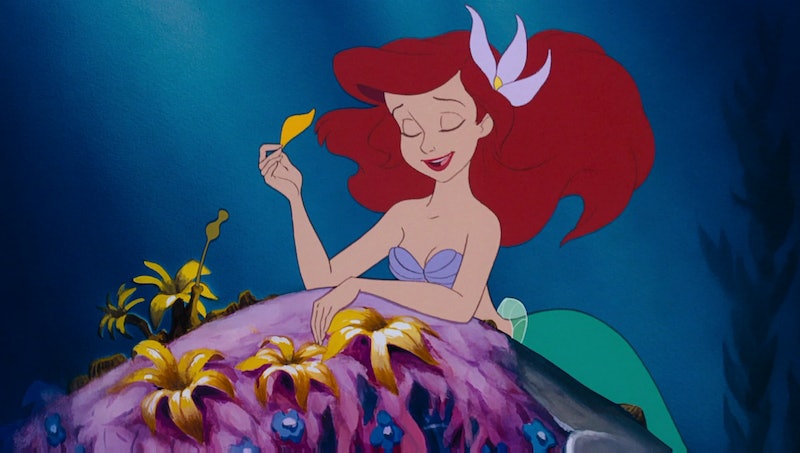 I have been a huge fan of Chloë Moretz ever since I saw her as Hit-Girl in Kick-Ass, so to find out that Moretz will play The Little Mermaid in an upcoming live adaptation was basically like getting an early Christmas present. Before the release of Mulan, The Little Mermaid was my favorite Disney movie for the sheer fact that Ariel was the first of the Disney princesses that I saw to actually save her prince and fight back to save her kingdom. Sure, she had also abandoned that same kingdom, but, hey, no one's perfect. However, looking back on The Little Mermaid through the modern lens reveals a lot of problems with the entire love story, which nowadays comes across as pretty anti-feminist. If the modern live action wants to redeem Ariel in the eyes of much of the audience, there are several ways to update The Little Mermaid story to make her every bit as strong and badass as live-action Cinderella.

I'm not saying that Ariel has anything to prove to the audience, but let's be real: The Little Mermaid boils down to the story of a teenage girl who gave up her voice, her home, and her family for a chance with a guy she'd never spoken to and might not have even liked at the end of the day. There are many different ways in which we could take the story to make it more palatable to women everywhere, and here are six suggestions.

1. Give Ariel And The Prince A Backstory

If Ariel is going to get feet and lose her voice to get Eric to kiss her in three days, then I feel like they should maybe have spoken first. Maybe instead of Ariel coming on his radar when she saves him from a shipwreck, that's just the beginning of a story in which he spends most of his time wondering why "that princess from the neighboring kingdom" that he tells all his hopes and dreams to, and vice versa, is always swimming and refuses to come out of the water when they talk.

2. Or Make Them Meet After She's On Land

Instead of Eric being the straw that broke the mermaid's belief in her underwater kingdom, how about we have an Ariel who chose to go on land and be among the humans long before she ever met Prince Eric? An Ariel who fell in love with Eric after she met him on land, not before. An Ariel who wanted to go to the human world for herself because she was interested in humans and their land issues, and because she's a grown-ass teenager and her dad can't tell her what to do?

3. Her History With Ursula Should Be More Complex

I know the entire reason that Ariel was so taken in by Ursula was because her father had ensured that few in the kingdom knew of her special brand of evil, but I think Ursula and Ariel should have a unique relationship in the live-action remake. Maybe it could even be something inverse to the relationship between Maleficent and Princess Aurora from Maleficent, and Ariel's greatest enemy could have started out her greatest confidante.

4. The Removal Of Her Voice Could Be More Symbolic

Ariel letting Ursula take her voice in The Little Mermaid was always a symbolic moment for me, because, really, why would Ariel miss her voice that much? Thanks to her overprotective father, and Sebastian's constant discouragement, Ariel didn't really feel like she had a voice under the sea, so not having one on land wasn't going to be that different for her, honestly. I think the live-action adaptation should play that up more, because it's something subtle that I think many people could have missed.

5. Her Sisters Should Have A Larger Role In The Story

Because lady friendships are the best friendships. With how many sisters Ariel had, it's a real shame that they only spoke to sing during the concert she never showed up to. Can we get a more loving and supportive relationship between all of Triton's daughters, please and thank you? Maybe we can even have a subplot where they all go looking for Ariel on land and join forces to take down Ursula together.

6. Does Her Mother Actually Have To Be Dead?

I know it's practically a Disney staple to have a dead mother, but is there any particular reason that Ariel's mother has to be dead? There are many more ways to motivate Triton to be overprotective of his daughters and hate humans than a dead wife. A near-death experience is just as big of a motivator, is all I'm saying, and I'd love to see the dynamics of the royal family change with their mother there.

Of course, no matter how the movie turns out, I still plan to turn up to go and see it. I miss the days when Ariel was one of my favorite Disney princesses and, with my favorite actress playing her, it might be time for that to happen again.