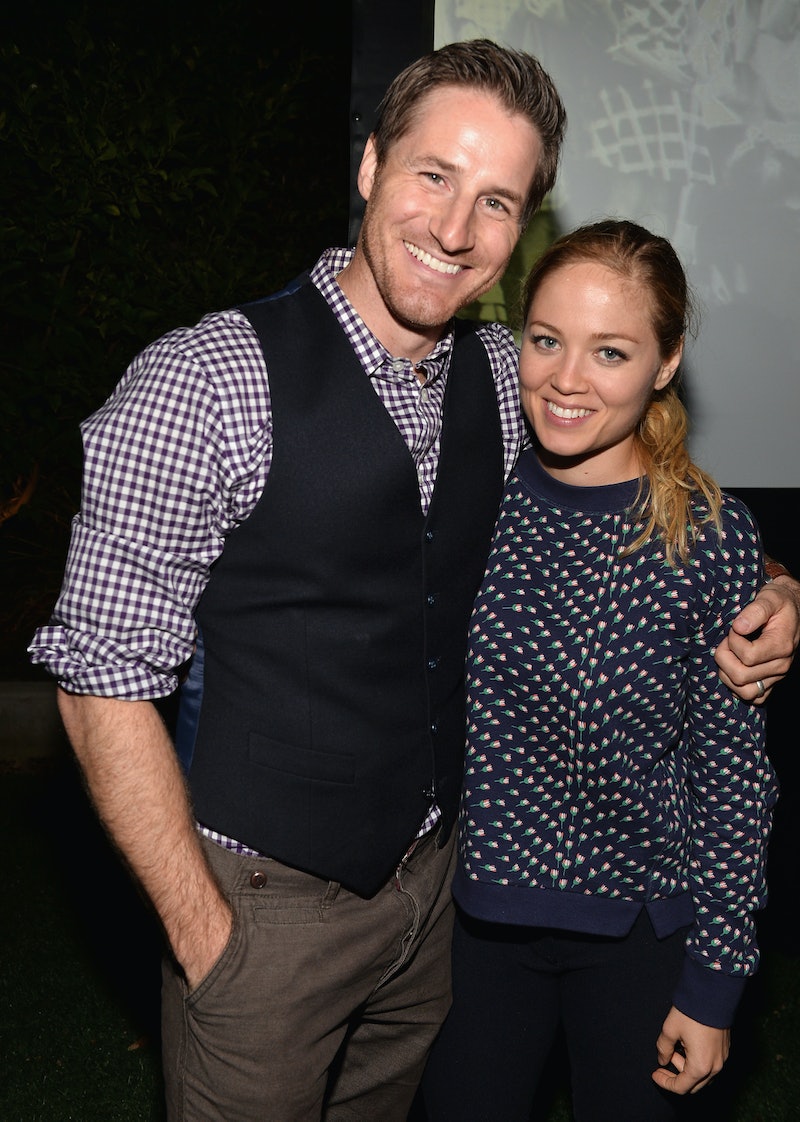 With Adam and Kristina reveling in her new cancer-free status, Crosby and Jasmine adjusting to life with a new baby, Zeek and Camille navigating their "third act," and Sarah slowly falling for her neighbor, Parenthood has decided to use its fifth season to tear apart the only remaining Braverman couple, Joel and Julia. Last week's episode "Promises" brought them hurtling towards the edge but then stopped at the last moment, leaving the real drama for Thursday's new episode.

When we last saw the couple, Joel punched a very drunk Ed in the face at a school function after he wouldn't leave Julia alone and then asked Julia if there was anything going on between her and Ed. Julia said no but Joel was still very angry, and we know that he had every reason to be.

Julia may not be having an affair, but she and Ed kissed, and her confession to Adam confirmed that she did kiss him back. Unlike the storyline in which Adam's pretty young secretary kissed him, Julia is easily at fault for her situation. Adam's secretary got the wrong idea simply because he was nice to her and told her she was smart, and he immediately ended the kiss and told Kristina. Julia has been developing a relationship with Ed that she knows is a little too close, and did not pull away from the kiss as quickly as she should have.

The explanation Julia gave for her actions was that Joel "doesn't look at [her]" but "Ed sees [her." As we've said before, Julia has been villainizing her husband throughout the season simply because he's now the one with a demanding job. With that, Adam seemed a little concerned about just what Julia was thinking, and gave her advice that she chose not to take.

Instead of telling Joel what happened, Julia lied to him when he asked directly about what was going on with Ed. Based on the preview for this week's episode, "Stay A Little Longer," Julia is going to tell Joel about the kiss (presumably without the part about kissing him back) and it will not be taken well. Watch the preview below.

A huge conflict is brewing for Joel and Julia, who not so long ago were one of the happiest Braverman couples, kissing under the mistletoe and getting caught trying to make a baby at a birthday party. Now they're barely speaking and Julia is inches away from an affair.

Will we finally see the end of Joel's seemingly infinite patience? Joel does need to express his own feelings and listen to Julia's, but hopefully the two will be able to work things out in the end. Whether it takes counseling, a lot of talking, some Braverman wisdom or one giant brawl, I'm hoping that by the end of this season, we'll have the old, happy Joel and Julia back.