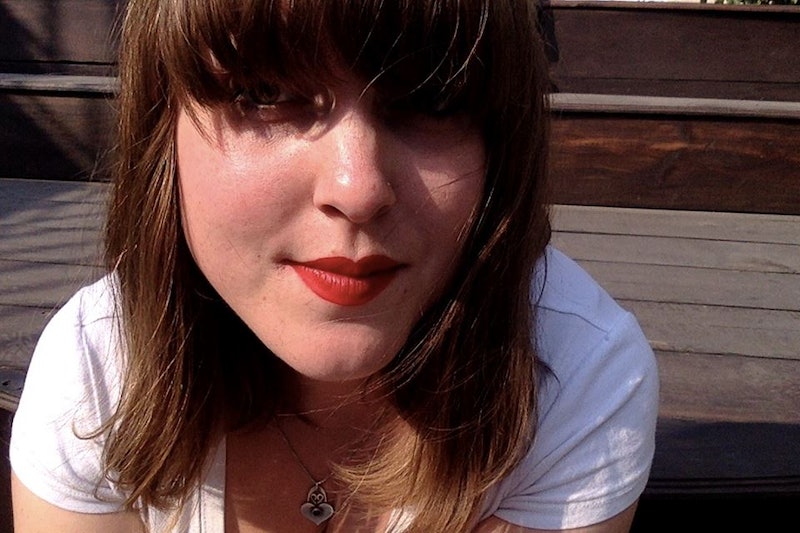 I’ve learned quite a few important lessons about sex in my 28 years on Earth. The first were playground sex “lessons,” most of which ended up being untrue — like that kissing boys gives you cooties, for example — but in the 13 years since I’ve actually been, you know, having sex instead of just speculating about it, I’ve definitely picked up a thing or two. The number one lesson, though, is probably that sex takes many shapes, forms, and meanings. It can involve one person, two people, three people; it can be a declaration of love or just a nice way to pass an afternoon.

The sheer variety of sex and sexual experiences is awesome, but when we’re kids, the one thing we’re told one thing about sex (if we’re told anything at all) is that it should only happen between two people who “love each other very much.” While that’s a fine place to start, I think one of the great things about growing up is that we each get to decide how much of that original lesson we want to hold onto — and how much we’re going to leave by the wayside of life. Each new sexual partner or sexual experience teaches us something new about ourselves, about them, and about sex in general.

So hell yes to sexual experience! Hell yes to life and sex lessons! Here are 12 sex lessons I’ve picked up along the way.

1. You Gotta Ask For What You Want

Because how are your partners going to know otherwise? Seriously, no one you’re sleeping with is telepathic. Ask what you want to get what you want and if you don’t and the sex is bad? Sorry, boo. Your fault.

2. But Asking For What You Want Can Be Hella Awkward

3. It’s Totally OK To Touch Yourself

Once you’ve been having sex for a while, you’ll figure out some shortcuts for getting off. Usually it’s something like a certain fantasy, position, or something like that. While shortcuts can be good in a pinch, it’s easy to start relying on them. Don’t let yourself get too reliant on shortcuts to bring you to your orgasm because what happens is you don’t force yourself or your partner to do the harder work of getting you there conscientiously.

5. People Freak Out About STIs Way More Than They Should

Despite the awful stigmas and shaming around STIs, having one doesn't mean you're any less lovable or that your sex life is over. Obviously it’s important to take precautions and protect ourselves and our partners against getting sick but if you do get an STI, just remember that human beings give each other germs in all kinds of ways. Sometimes, we give each other germs via our genitals! Take precautions, talk to your partner about it, get tested regularly, and treat any illness you contract, just like you would a cold or a flu. And donate to Planned Parenthood.

6. Selfish Partners Aren’t Worth It

7. Bad Sex Isn’t Really Worth It Either

Please see “You Gotta Ask For What You Want,” above. Bad sex isn’t worth it when good sex is so good! But do remember: There is hope if the sex is just kind of "meh."

Sex can be casual and that’s totally fine! As long as both people are into it and know what’s on the table (like, no one is being tricked into thinking it’s more than it is) then do you.

9. But Sometimes It Really, Really Is

But hey, sometimes sex is a huge deal. Whether it’s sex that says “I love you” or the terrible, terrifying opposite that is sexual assault and rape, sex can carry a lot of weight and meaning on its sweaty shoulders.

10. A Lot More People Are Sexually Fluid Than You Might Think

I know a lot of bisexual people say this, but seriously: A lot of folks are more fluid in what they’re into — whether it’s gender or kink — than they might seem to be on the surface. Don’t let cultural ideas about what certain people are expected to be limit who you sleep with or how you sleep you with them. And put yourself out there! You might be surprised by who is into the same things you’re into.

11. Be Open To Trying New Things

Whether it’s a new sex act with a long-term partner, casual sex when you’ve only done it with someone you love, or a new kink that’s piqued your interest, be open to trying out new things in the bedroom. This one comes with limits, obviously (don’t do anything that’s going to traumatize you, please!) but the world is full of such variety. It’s a shame to limit yourself artificially.

12. Don't Give Someone Who Violates Your Boundaries More Than One Chance

I once gave a lover who violated my boundaries another chance, after clearly explaining to him what he had done wrong and why it wasn't OK —and then he went and did the exact same thing again. After that, we were done for good. I believe in giving people a second chance, if you're comfortable doing that, because sometimes people do things that they don't even realize are wrong. However, if they do it again? Chau, sayonara, goodbye! They are now on the sex blacklist.

Images: Courtesy of the author; Giphy (12)