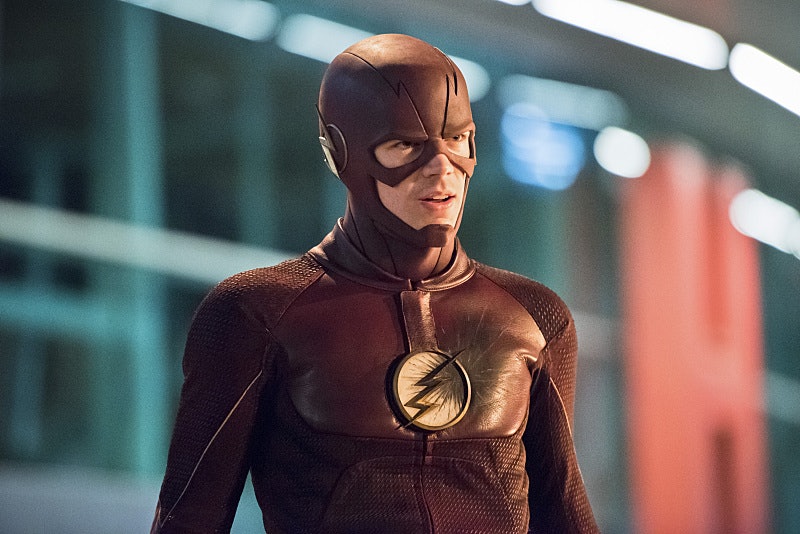 Everyone doing OK after Tuesday night's episode of The Flash? Zoom had a heck of an introduction, and it is going to take some time to recover from his first appearance. After being warned of how deadly Zoom was numerous times by Jay Garrick, Barry went in search of him anyway, however the masked monster ended up drawinf Barry to the S.T.A.R. Labs roof. From the moment that Zoom caught Barry's lightening bolt and threw it back at him, it was clear that Garrick had not been exaggerating: Barry was not ready to face him. On The Flash, Zoom easily defeated Barry — he was stronger, faster, and far more ruthless, beating Barry unconscious and flaunting his broken body through Central City. It looked for a moment like Zoom would kill him, then like he would take him to Earth 2. However, after an assist from Cisco and his giant gun, our beloved Flash is safe, though in bad shape. But just how injured is he? Is Barry paralyzed on The Flash?

Normally, this is when Barry would super-heal and jump back into action, but not this time. After regaining consciousness he realizes that he can no longer feel his legs. Despite the fact that you could literally hear Zoom snap his spine during their fight, I think he'll be able to walk again. Caitlin already referenced his quick-healing, which should fix his legs eventually. No, the bigger worry is if Barry is no longer a Speedster. Zoom has already taken Garrick's speed, and you could see him use his powers on Barry. This could render Barry healthy, but without the superpowers he has grown used to.

With so many things to worry about, I'm grateful for next week's preview. While Barry is using a wheelchair (I never said his legs would heal fast) in the clip, you can clearly see him crossing his legs, which is a good sign. The bad sign is when he says, "I still don't have my speed." Meaning he and Garrick are in the same boat and need to figure out how to contain Grodd, get their powers back, and then kill Zoom. No sweat, right? Check out the preview below, and join me in stressing out until next week's episode.