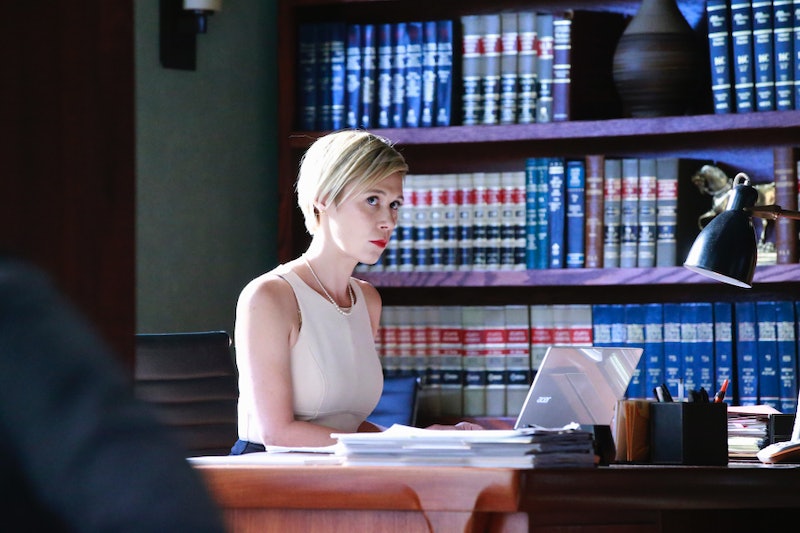 One of the biggest rules when it comes to watching How To Get Away With Murder is to never assume anything. Unless we actually see something with our own two eyes, then there's always a chance that it never happened. So the fact that we saw Bonnie standing on the balcony from which Emily Sinclair fell proves absolutely nothing. Sure, it may look like Bonnie killed her. But since we didn't witness it firsthand, it's hard to say for sure. Maybe she was just at the wrong place at the wrong time. However, Season 2 has shown us exactly what Bonnie is capable of. (She killed Rebecca, after all.) So how far down this murderous rabbit hole could she fall? Could it be that Bonnie is even the one responsible for shooting Annalise?

I mean, it's one thing to think Bonnie killed the ADA. That woman was meddling in things way over her head and wasn't a core member of the group. But to think that Bonnie could actually try and kill Annalise is an entirely different story. Every crime Bonnie has committed on this show, thus far, has been to protect Annalise. She's been Bonnie's mentor and helped save her from her very dark past. That being said, we also can't ignore the fact that Bonnie angrily told Annalise last week that she wished Annalise had died instead of Sam.

Even if she was just speaking in the heat of the moment, there's no denying that those words were pretty harsh, regardless of how Bonnie thought she'd been betrayed. And it had a powerful impact on Annalise as well. You could tell that remark cut her like a knife and demonstrated that their relationship wasn't as bulletproof (pun very much intended) as she thought. And let's not forget that the latest HTGAWM promo shows Wes handing his gun (the same gun, which I assume is used on Annalise) over to Bonnie, which means she had the (attempted) murder weapon in her possession.

But even with a motive and the evidence stacking against her, I highly doubt Bonnie will be the true culprit of this particular crime. It just doesn't seem likely that the writers would use the same person for multiple plot reveals. She's already admitting to killing Rebecca, so finding her to be the guilty party yet again wouldn't produce a huge shock value like it would for some of the other possible suspects. Whenever this show is making someone look a little too guilty, then odds are they're probably innocent. (This series is nothing if not complex.)

Bonnie may be capable of many things, but I very much doubt she would ever harm someone she loves in such a way. Rebecca was basically a stranger to her. Annalise, on the other hand, is family.