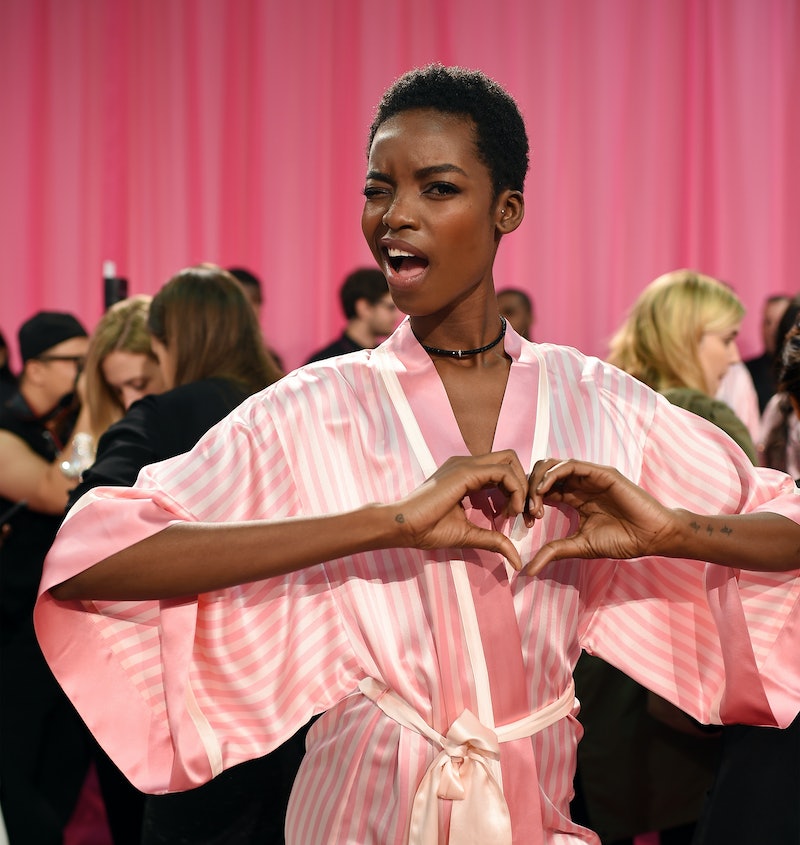 Flowing, voluminous curly hair has become as synonymous with Victoria's Secret as the lingerie, but prepare for a shakeup, because one model rocked natural hair at the Victoria's Secret Fashion Show, according to Style.Mic. Could this be a step forward in changing the quintessential VS beauty standards?

The 2015 Victoria's Secret Fashion Show took place on Tuesday, and while there was still plenty glossy, beachy hair courtesy of Kendall Jenner, Gigi Hadid, and the veteran VS angels, Maria Borges took to the runway au natural. The Angolan model forwent a wig, wave, and extensions, and instead made a major statement on how beautiful natural is.

"I told my agent I wanted to walk in the Victoria's Secret show with my natural hair," Borges told entertainment news reporter B. Scott. "I was nervous, but I had to do it. When they said 'yes' I didn't expect it, but I was so happy!"

She looked absolutely stunning, proving that you don't need all that hair to work a runway. Not only am I impressed with her courage to be herself, but I'm equally as pleasantly surprised that Victoria's Secret was all for it. Hopefully, we'll see even more natural hair at next year's show.

She's so beautiful, she doesn't need a wig or extensions!

I mean, if this isn't fierce, I don't know what is.

That costume. That body. That face.

She owned that runway.

And her after party look was just as fabulous.