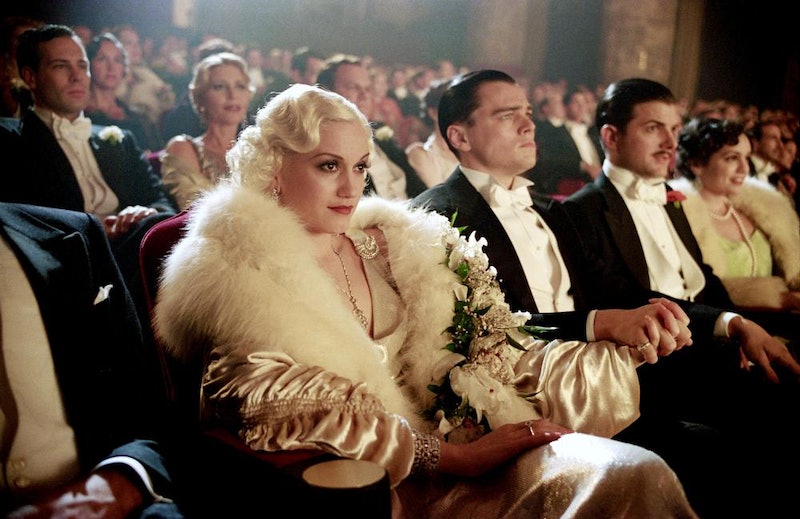 In an interview with radio station KISS FM, Adele let some big news slip: she's currently in talks to have a cameo in "Hello" director Xavier Dolan's English-language debut The Death And Life Of John F. Donavon, alongside the likes of Kit Harington, Susan Sarandon, Jessica Chastain and Kathy Bates. Adele said, specifically: “I’m sure I’ll get some flak for this, but I actually would like to act after working with Xavier. I would be in a film for him, definitely".

It comes as little surprise that Adele — an A-lister at the top of her game — wouldn't want to grab every opportunity available to her whilst she's riding high on her non-stop run of success, and she also wouldn't be the first musician to dip their toes into those cinematic waters.

Though many musicians such as Justin Timberlake, Rihanna and more recently, Lady Gaga (The Countess, forever!) have successfully made the leap from being a "musician-cameo" to becoming a regular acting fixture in the film and TV industry, there are others who are perfectly content to simply pop up in movies for the thrill of the novelty value alone.

Sometimes these cameos make perfect sense to the material, other times they can leave you truly scratching your head as to how they managed to get themselves involved in such a film, but either way a great musician cameo remains a memorable one. Here are 12 of the most surprising musician cameos in cinematic history.

Back in 2010, Swift was letting her "Team Jacob" flag fly and dating Twilight actor Taylor Lautner. At some point, someone suggested that it might be adorable for them both to star in a romantic, ensemble comedy together, and this was result. In fairness, they're pretty cute together, so job done on that front. Still, it was pretty odd cameo.

All hail, King Bowie! This cameo might not have been weird, but it was definitely surprising at the time, and all the better for it. If it doesn't make you wish that Bowie could oversee all of the Saturday night "walk-offs" you hopefully host after hours in your home (live it up!) then I just don't know what to tell you.

In Leos Carax's critically acclaimed and distinctly bizarre drama, Minogue is given a brief musical vignette with little-to-no context introducing her character's presence in the movie. The sequence is heartbreaking and stunning but also comes completely out of nowhere before disappearing the second you have a chance to think you know what's happening. You might not ever get it, but Minogue surprises with her ability to maintain a spectacular screen presence in a film full of great performances.

With her offbeat charm and punk rock credentials, Debbie Harry is actually a perfect choice to star in any John Waters movie — but as an uptight mother in the original version of Hairspray, Harry goes against her cool, tough-girl public persona to deliver a camp, screwball performance which at one point involves an entire wig exploding off her head.

In 1999, Morissette's surprise appearance as God at the end of Kevin Smith's religious comedy was a curveball that none of us saw coming. Playing completely against her own brand (as the '90s queen of angst-ridden radio rock), Morissette is bright, cute and playful, even doing cartwheels and booping noses.

With her classic good looks and old-school styling, Stefani seemed like an obvious choice to play Jean Harlow in the Martin Scorsese biopic of director and aviator Howard Hughes. That still didn't make it any less strange to see the No Doubt singer starring alongside an acting heavyweight like Leonardo DiCaprio in the few scenes that she shared with him.

Rihanna — This Is The End

Rihanna has been upping her acting game of late with roles in films like Home and Battlefield, but her cameo in This Is The End is a standout one in a film full of standout cameos — proving that Ri-Ri remains a force to be reckoned with.

Playing a racer, Azalea has barely any screen time but she does appear to be vibing off an early-'00s Gwen Stefani style and she wears it well.

Miley's dad and your mom's favorite country singer back in the '90s, Billy Ray Cyrus put the mullet into Mulholland Drive; a terrifying and truly mind boggling film from David Lynch in which the "Achy Breaky Heart" singer enjoys a minor plot that includes him being caught having an affair with another man's wife and getting into a bit of a tussle with an on fleek Justin Theroux over it.

Those Fast and Furious moves love their female musician cameos. Love them! And honestly, the first time I saw this film I had to shriek "Is that Rita Ora? What is she doing here?!" at my television set in confusion because her cameo makes no sense at all. Except that they're driving in London. And Rita Ora lives in London. So there you have it.

In a movie released nine years before his untimely death, Jackson gives an adorable cameo which plays up to his odd public persona and also completely subverts it. In the film, his brief scenes show him striving to impress head agency honcho Zed in order to become a Man In Black. Zed, however, isn't much impressed by Jacko's efforts.

I truly don't what's odder about this cameo; the fact that Jim Carrey allegedly asked the legendary death metal band to star in the film because he was a fan of their music (I still can't picture it) or watching Ace Ventura do the hustle to their 1992 hit "Hammer Smashed Face."

If the history of musician cameos in films is anything to go by, then Adele should have nothing to worry about should she be given a cameo in Dolan's new film. One things for sure, if she wants to do it right then she needs to play against type and set out to surprise us.