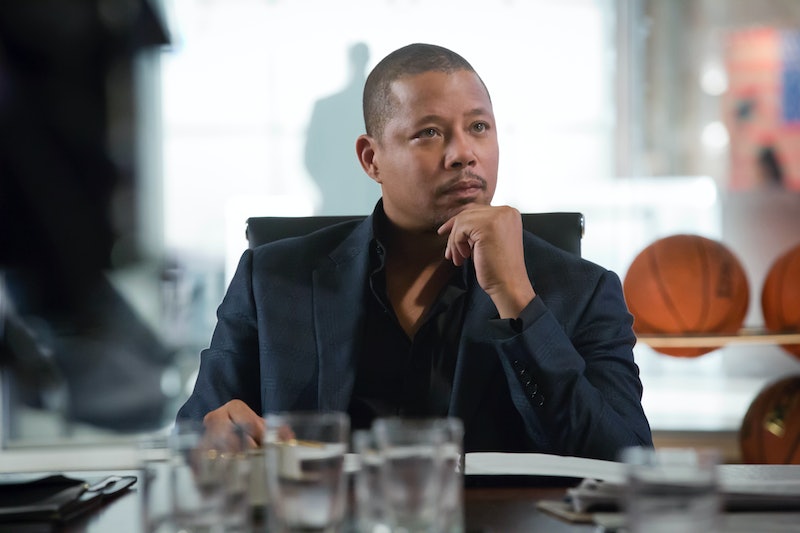 Suffice it to say that Lucious Lyon has damaged relationships with his sons on Empire . He drove his eldest, Andre, to the brink of suicide; he literally threw his middle son, Jamal, in the garbage for being gay; and he’s constantly playing mind games with his youngest in an attempt to mold Hakeem in his own image. The sins of the father (or mother, in this case) being what they are, it doesn’t take a Freudian scholar to tell that Lucious’ mother and childhood have directly shaped the way he has raised his own kids.

In “True Love Never,” viewers gained a look into the particularly tense world that Lucious grew up in. In the first flashback of the episode, we see a young Lucious burying bullets in the backyard. Hmm, OK — maybe he was just one of those kids who liked to bury things? Nope. In the last flashback of the episode, Lucious’ mother (played spectacularly by singer Kelly Rowland) is ripping their small apartment apart, looking for her bullets. Luckily for little Lucious, he has hidden them — until Mom finds one in a drawer. She loads the bullet into a handgun, Russian Roulette-style, puts the gun to her head, and starts shouting, “Boom! Boom! Boom!”

Obviously, this is terrifying for anyone to witness, let alone a child, and it really is the pinnacle example of the tension that Lucious mistakes as being part of an average childhood. In previous episodes, Lucious’ mother has been seen buying armloads of presents only to be unable to afford rent or food, going through episodes of supreme depression, and more. She is also fairly religious. Only now as viewers are gaining glimpses into his childhood do we really see how Lucious’ formative years are affecting his relationships with his children.

What Lucious really seeks is control. He grew up in a situation where his mother could literally kill herself at any moment. In “True Love Never,” it’s revealed that Lucious has the very same gun that his mother used. If there was any example of a man who literally needed to yield the weapon of his childhood, this is it. Though this is the first time that viewers have seen the gun, I would find it unusual if Lucious didn’t take it out every time he needed a pep talk.

From the literal weapons, let’s move to the figurative. Lucious is the king of machination. He attempts to use every member of his family as pawns, and he eschews anyone who can be perceived as a weakness. Lucious does not believe in homosexuality, so he cast out Jamal from his empire (both literal and figurative). Lucious only brought Jamal back into the fold when Andre was deemed unstable and he realized Jamal was the most musically talented of his sons.

Andre perhaps represents Lucious’ mother most of all — he also suffers from a bipolar disorder, as Lucious' mother appears to, and when he was in therapy, he found God. For Lucious, those are two traits Andre shares with his mother. I’d argue that Andre is the son Lucious hates most, because he puts him through the paces in a way that he does not with his other. He sees his mother in Andre, and because he cannot punish his mother for what she did to him in his childhood, Lucious punishes Andre instead.

As for Hakeem, Lucious thinks that because he is the youngest, he is the most pliable. What he has done in trying to control Hakeem, though, is pushed Hakeem farther away from Empire. Of course Hakeem is attached to Cookie now – Lucious grossly miscalculated his ability to make his son in his own likeness.

Now Lucious has attached himself to Freda Gatz, an aspiring rapper and the daughter of Frank Gathers, a man who he had killed in prison. Lucious told Freda that he relates to her more than he relates to any of his sons. I suspect it’s because she’s a blank slate. Freda also likely had a difficult childhood as the daughter of a violent drug dealer, and so Lucious will strive to make Freda into a younger, female version of himself. Lucious wants to save Freda, but until he can confront and and deal with the demons of his past, he will end up pushing her away — just like he did his sons.