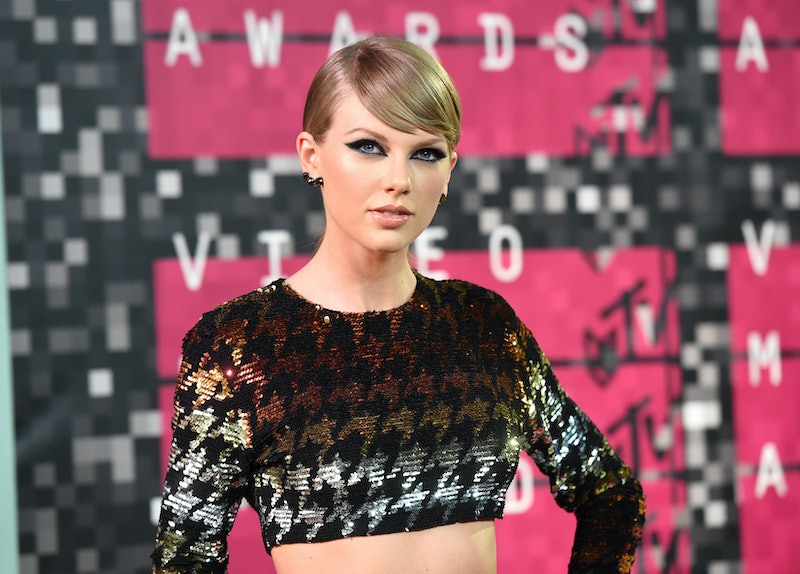 Well, it looks like T. Swift will be able to shake off that ridiculous copyright lawsuit, after all. On Tuesday, Nov. 10 a judge dismissed the "Shake It Off" lawsuit brought against Taylor Swift by 50-year-old R&B singer Jesse Braham (stage name, Jesse Graham). For those unaware, Braham sued Swift for $42 million on claims that she stole the words from his 2013 song "Haters Gonna Hate." He even claimed that he had copyright ownership over the phrases "haters gone hate" and "playas gone play." Gail J. Standish, United States Magistrate Judge for the Central District of California, didn't see it that way. Actually, she clearly found the case as ridiculous as Swifties, because she quoted Swift's songs as part of the court documents dismissing the case.

According to a tweet shared Thursday, Nov. 12 by Bill Donahue, a senior reporter for Law360, Standish's conclusion for the dismissal order includes several lyrics from some of Swift's more popular songs, including "Blank Space," "We Are Never Ever Getting Back Together," "Bad Blood," and, of course, "Shake It Off."

It reads as follows:

At present, the Court is not saying that Braham can never, ever, ever get his case back in court. But, for now, we have got problems, and the Court is not sure Braham can solve them. As currently drafted, the Complaint has a blank space — one that requires Braham to do more than write his name. And, upon consideration of the Court's explanation in Part II, Braham may discover that mere pleading Band-Aids will not fix the bullet holes in his case. At least for the moment, Defendants have shaken off this lawsuit.

As amazing as this is, it's still mind-boggling to think an official court document is quoting T. Swift as a way to dismiss a lawsuit, no matter how ridiculous that case may be. I'm surprised the judge wasn't a bit more formal in her dismissal, but, hey, I guess she is just a Swiftie at heart and wanted to show the singer some love.

More like this
Taylor Swift & Her Mom Clap Back Against The “Shake It Off” Plagiarism Lawsuit
By Jake Viswanath
Lauv Is No Stranger To Taylor Swift, Drake, Ed Sheeran, & Fame
By Alyssa Lapid
Twitter Is At Odds Over Taylor Swift’s Possible ‘All Too Well’ Oscar Run
By Brad Witter
Taylor Swift Calls Dwayne Johnson "The Man" After Revealing New "Taylor's Version" Song
By Jake Viswanath
Get Even More From Bustle — Sign Up For The Newsletter