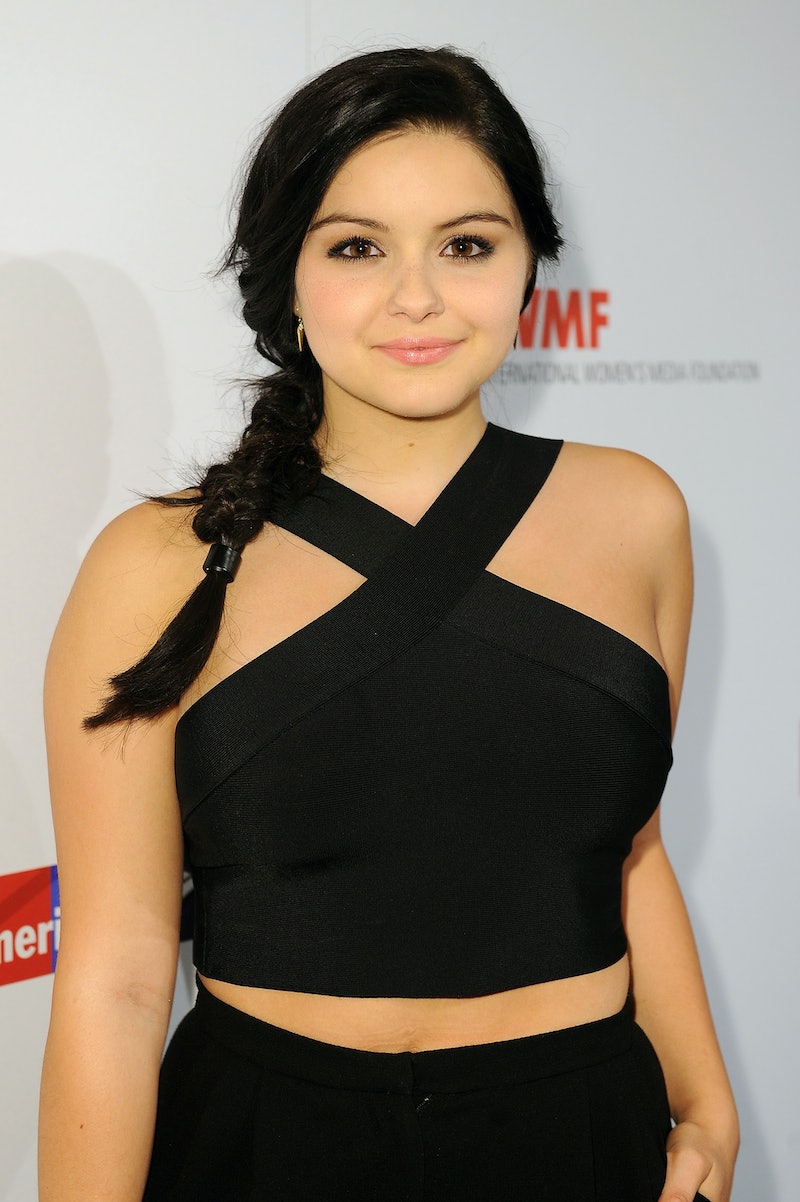 On Modern Family, Ariel Winter's character Alex Dunphy is a bit of a know-it-all. She's the middle child and super smart. In real life, the actress is wise beyond her years as well. Just look at her inspiring statements about body positivity. She spoke out about the subject when she bravely announced she had breast reduction surgery. Plus, she backed up Ariana Grande when the "Focus" singer made a point about not comparing people's bodies. Basically, Winter is a really awesome teenager, who can even teach adults a thing or two. Proving this once again, Ariel Winter shut down rumors that she's marrying her boyfriend on her 18th birthday and did so in the best way possible.

Here's what happened: Reports surfaced that the young star was planning to tie the knot in January. Instead of letting the ridiculous rumors live on, she took to Instagram and had some fun with it. Winter shared a screenshot of a texting convo with her assistant alongside the Star magazine article about her rumored wedding. She wrote this as the caption:

That caption is perfect, in and of itself. But the details in her texting convo with assistant Davina Adjani make the whole situation a million times better.

In the iMessage exchange,Winter jokes about what her extravagant wedding needs to have. She wrote, "I want doves to dance around, 4,000 unicorns, see if Oprah is avail to officiate, schedule Drake to come and object to stir up some drama and entertain the guests." Adjani joked back that they should also get Morgan Freeman to narrate.

Clearly Ariel Winter not only has good taste — unicorns, Oprah, Drake, Morgan Freeman — but she also has an amazing sense of humor. When she finally is ready to get married, it obviously will be an unforgettable event. But all joking aside, it's great that she doesn't let these kind of reports get her down. Instead, she highlights the absurdity of the situation by sharing an even more ridiculous post. Props to her for dealing with it in this way! After all, Winter raises an important point: She's only a teenager. Let her deal with college apps and all that stuff before throwing a wedding her way.