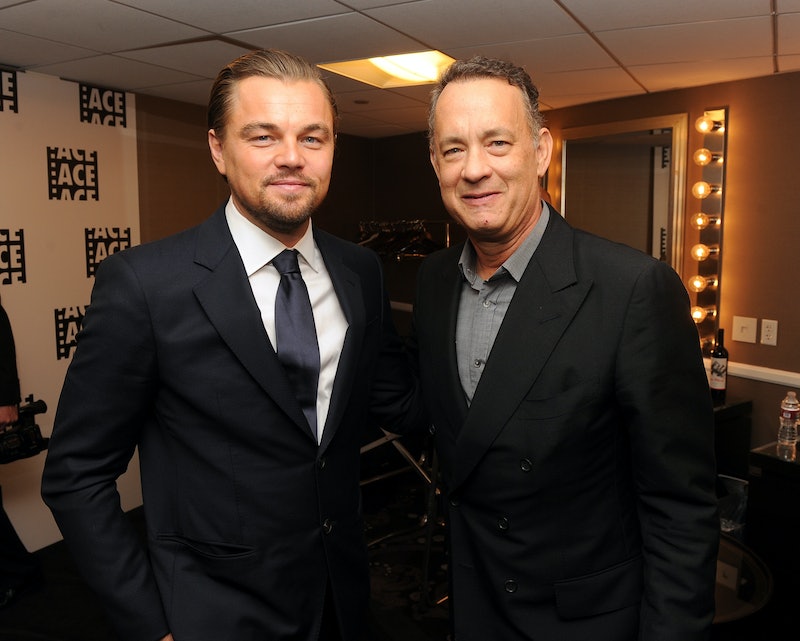 If there's movie genre du jour these days, it's films about the stirring life stories of some famous figure or other. The 2016 Oscar season alone features Black Mass (based on the life of Whitey Bulger), The Danish Girl (based on Lili Elbe), Joy (based on Joy Mangano), Love & Mercy (Brian Wilson), and Steve Jobs (you get it), among others. And we've already got the first in line for the Great Biopic Race Of 2017: According to Variety, a movie about the life of Tennessee Williams is in the works, based on the biography Tennessee Williams: Mad Pilgrimage Of The Flesh by The New Yorker drama critic John Lahr.

I imagine as soon as this news broke, every famous actor in Hollywood probably got on the phone with their agent, demanding a meeting with the film's producers. Biopics are the bread and butter of any actor, and if they're good, they can all but guarantee Oscar nominations. So, which actor will eventually be cast as one of the most famous playwrights in American history? The competition will be fierce, and the result entirely depends on which direction the producers want to go with the character.

(For my list of possible suspects, I thought it appropriate to focus solely on American actors. As great as Michael Fassbender was in Steve Jobs, it doesn't seem right to have an English actor play Tennessee Williams, does it?)

If the biopic focuses primarily on the latter years of the playwright's life, there's no safer choice than America's favorite celebrity. At 59, he's only 12 years younger than Williams was when he died, so Hanks could easily play an aged playwright reflecting back on his illustrious career in his twilight hours. Could this biopic do what recent true-life roles in films like Captain Phillips and Saving Mr. Banks couldn't, and earn Hanks his first Academy Award nomination since 2000's Cast Away?

Then again, if the producers want to stick Williams right smack-dab in the middle of his career, as he was churning out hits like A Streetcar Named Desire (published at 36) and Cat On A Hot Tin Roof (published at 44), then why not choose DiCaprio, who has already played such eccentric figures as Howard Hughes and J. Edgar Hoover? Amazingly, at 41 years of age, Leo is still gunning for his first Oscar. If Alejando G. Iñárritu's The Revenant fails to secure him a trophy this year, it wouldn't hurt to have a prestigious project like this biopic waiting in the wings.

Then again, Williams' upbringing was just as interesting as his successful career on the stage — perhaps even more so. As Variety points out in its scoop on the film, the playwright "had an unhappy childhood, dominated by an alcoholic father" and dropped out of journalism school "to work at a shoe factory" before suffering "a nervous breakdown at the age of 24." Twenty-five-year-old Cohen is garnering plenty of attention this Oscar season for his charming role as an Italian lad courting an Irish immigrant in Brooklyn. If that film is any indication, he could nail the portrait of a young artist on the verge of a nervous breakdown.

Of course, if you want someone who's truly going to commit to the role and fully inhabit the character of Tennessee Williams onscreen and off, you can't go wrong with three-time Oscar nominee Phoenix. It's still really hard to tell if I'm Not Here was the most genius thing ever or simply the weirdest.

This House Of Cards and Ant-Man actor was almost unrecognizable in his role as Ernest Hemingway in Woody Allen's 2011 Oscar-nominated film Midnight In Paris, sporting a hipster mustache and a certain air of je ne sais quoi. Stoll could easily bring the same hysterical aloofness to the playwright as he did the author.

Lahr's biography shines a spotlight on Williams' love life. If the movie is going to focus equally on the playwright's affairs with men, why not cast the most dashing actor in the business? Plus, seeing someone as high-profile as Pitt playing a gay character would be revolutionary.

But enough with all these high-falutin' East Coast and California actors. Williams was very much a product of the South; and if you want someone who can really epitomize Williams' Mississippi persona, why not someone like Jones, who was born and raised next door in Texas? He's already got the Southern drawl down pat.

Whichever actor ends up landing the highly-sought-after role, one thing's pretty much for certain: this biopic will likely be at the forefront of the awards season conversation one year from right now. Or two, if it takes them a while to choose the perfect Tennessee Williams.