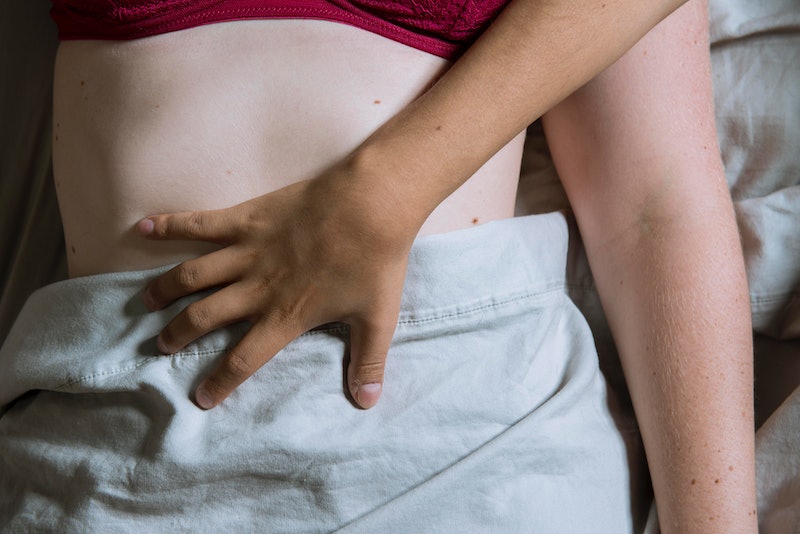 If you're strictly focusing on the genitals during sex, let me just say one thing: You're really missing out. Although it obviously feels amazing, there are erogenous zones on the body besides the obvious choices (aka the vagina and penis) that can really amp up your arousal during sex.

In my humble opinion, one of the most awe-inspiring things about the human body is the fact that everyone's turn-ons during sex are so varied and unique. There isn't one "type" of sex that's better than any other, and even the smallest touch in a certain spot can cause us to get the shivers. In an iconic Friends episode, Monica Geller claims there are seven basic erogenous zones (and that, sadly, a lot of them get neglected in the heat of the moment). However, there are actually so many more than just seven erogenous zones, because everyone's body is different and responds to sexual stimulation in different ways.

"Definitely ears — but only lightly! And not too slobbery. And teasing the inner thighs is always great." — Zoe, 28

"My neck, my back, touch my bod just like that. (No, really, I would've answered neck and back, and thankfully Khia was able to articulate that for me.)" — Maria, 30

"My boobs! DUH! They are works of art and they like to be admired and appreciated. Grab 'em hard or just softly stroke them — just make sure they don't feel abandoned while you mess around elsewhere." — Heather, 27

"An ex and I had a kind of weird ritual for initiating sex. We would be laying on his bed just talking or whatever and he’d be like 'I could really use a massage....' so I'd straddle him and give him a massage. Then we'd switch and he’d do the same to me, but then he would also kiss me on my back and stuff during the massage...it literally gave me the shivers." — Caroline, 22

"I like when men lick and bite my beard during foreplay or sex." — Stephen, 21

"Maybe it's because I'm a sucker for a good shoulder rub in general, but I also like when, during foreplay, a guy rubs his hands on my shoulders and lightly kisses or bites them. It's like a sensual massage." — Brittany, 22

"A guy once massaged my head like they do when you're getting your hair washed at the salon and it was greatest thing ever." — Jessie, 29

More like this
What Are Swingers? Everything You Need To Know
By Lexi Inks
13 Ideas To Add To Your Sex Bucket List
By Kristin Magaldi
GIRLI & Q Fell In Love At A Skatepark & Never Looked Back
By Jessica Morgan
Are Gemini & Leo Compatible In A Relationship?
By Kristine Fellizar
Get Even More From Bustle — Sign Up For The Newsletter