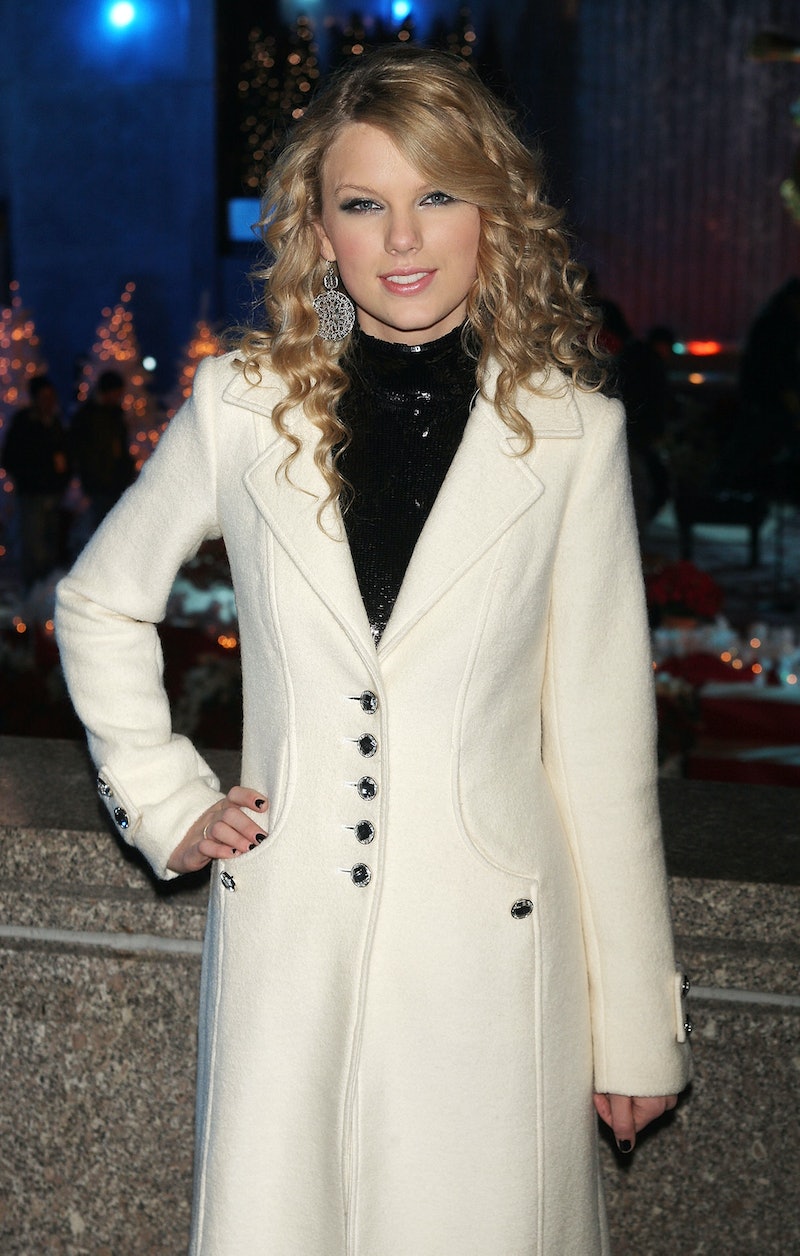 Stop your non-stop rotation of 1989 because there's newly discovered Taylor Swift music — kind of. In case you're a new Swiftie or just forgot, the singer released a Christmas album way back in 2007. Yes, you read that correctly. Here is everything you need to know about Sounds of the Season: The Taylor Swift Holiday Collection.

The album consists of six songs, four traditional and two original that Swift wrote. The Taylor Swift Holiday Collection tracklisting is as follows:

2. "Christmases When You Were Mine"

5. "Christmas Must Be Something More"

This album slipped under the radar because it was released exclusively to Target stores for the 2007 holiday season, but it's now available on iTunes and Amazon. Think the cover art looks familiar? That's because it was pulled from Swift's "Teardrops on My Guitar" music videos.

Of the two listed, "Christmases When You Were Mine" and "Christmas Might Be Something More" were penned by Swift. In keeping with the theme of her career, the former is a song about having a broken heart during the holiday season. The acoustic guitar-driven ballad is a decidedly blue song. "I've been doing fine without you, really / Up until the nights got cold," she sings. "And everybody's here, except you, baby / Seems like everyone's got someone to hold."

On the other hand, "Christmas Might Be Something More" has more of a traditional vibe. "You'd see that today holds something special," she sings. "Something holy, not superficial." However, it's much more upbeat in the vibe of Swift's early work.

You can ring in the holiday season, Swift-style, courtesy of her Christmas album. If you want to get a sneak peek, check out "Christmases When You Were Mine" above. Just remember to bring lots of mistletoe!