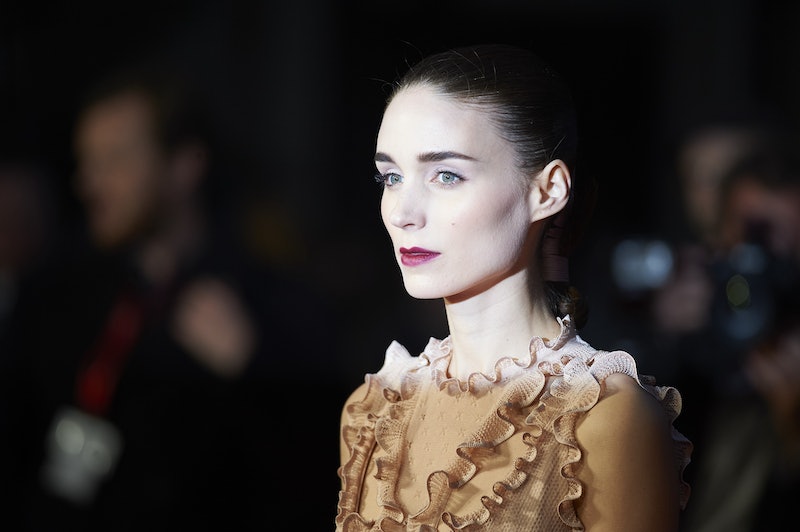 It's been four long years since the world saw the American film adaptation of The Girl With The Dragon Tattoo. Despite the undeniable critical success of the movie, there's been a disappointing lack of progress or even news on the sequel. Then, last week, Sony finally announced that they would be green-lighting a new Lisbeth Salander project, though not The Girl With Who Played With Fire, as was expected. Sony will instead be skipping to the fourth book in the Millennium series, and will turn The Girl In The Spider's Web into a movie. And, despite that Rooney Mara wants to do the movie, Sony also announced that they might not be bringing back Rooney Mara, Daniel Craig or David Fincher for the next film. Rumors began swirling that the studio was in talks with Swedish actress Alicia Vikander to take over the role.

On Friday, Mara put an end to the reports that she'd been ousted from the role that earned her an Oscar nomination. The actress told E! News that she is still attached to star in the follow-up film. "I'm doing it unless someone tells me that I'm not, and then I still might," Mara said. Well, damn.

While there are plenty of arguments that could be made for a fresh cast for the film, there's something illogical about recasting a franchise that's not even five years old. Sure, there has been a gap between the films that's much longer than what we see with other franchises these days (series like The Hunger Games and Divergent have only had about a year between each film's release), but most franchise films don't get the critical, award caliber treatment that Dragon Tattoo got either. Recasting Mara after she gave an acclaimed portrayal of Lisbeth, seems almost like a slight.

Sources told The Hollywood Reporter, who first broke the news of the new film, that Sony saw this as an opportunity to relaunch the franchise. But this isn't a franchise that needs relaunching. The last film was in itself a relaunch as the series had previously been made in Swedish, starring Noomi Rapace. The world has already seen two fantastic Lisbeth Salanders. A third Lisbeth in less than a decade seems both unnecessary and even a little disrespectful to the work that Mara and Rapace have done. If something is done well the first (and second) time, what's the sense in redoing it? At that point, it's clearly just a monetary decision. It's like studio thinks that interest has waned since the first film came out, so a fresh face will get people excited again. In my opinion, it completely ignores the artistic merit of the previous films.

So, here's to hoping that Sony comes to its senses and lets Mara continue the powerful work that she began years ago. And maybe bring David Fincher back on as a director, too.