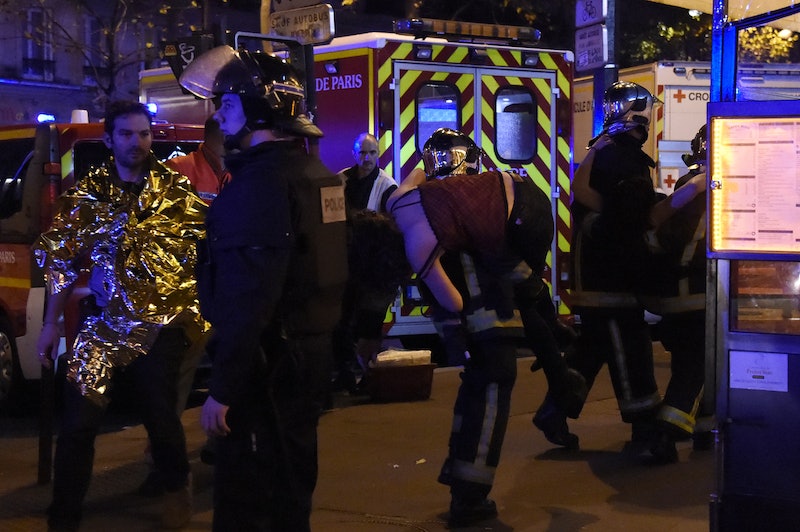 After a series of terrorist attacks in Paris on Nov. 13 that reportedly killed over 100 people, French citizens and citizens of the world alike are in a state of disarray and sadness. The terrorist acts, which police say are likely linked, include 100 hostages being held in Bataclan concert venue, an open-fire shooting at a Paris restaurant, and what could have been up to five explosions near a football stadium in Paris. While details of the incidents are still emerging, those following the events taking place Friday have taken to Twitter to post news updates, share prayers and support, and even offer up their homes as a safe place for those in need of refuge from the possibly dangerous Paris streets.

Earlier: While "Paris" has been trending on the social media platform since the terrorist attacks were first reported, other hashtags have filtered in and out, such as "#PorteOuverte" — an indicator of a household willing to shelter those who need a safe place, and "Rob Lowe" was also trending for his possibly insensitive tweets regarding the incident.

And now, "Terrorism Has No Religion" is making the rounds, with those who have Paris in their thoughts asking speculators not to blame any religion as a whole for these attacks. Some of the tweets, aimed at promoting cultural understanding and mutual support, read: