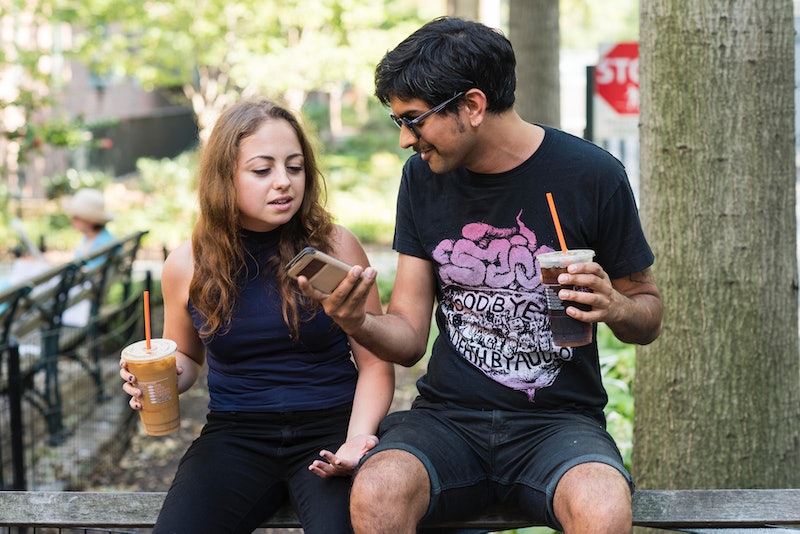 Learning to live alongside and love another person is tough, but it's only made harder by the many issues you face in a long-term relationship. It may sound incredibly pessimistic, but the world rarely aligns perfectly for the two of you to be together. Compatibility is only the first step, but factors like timing, current circumstances, goals, and uncontrollable occurrences will often get in way of something great and turn it into a challenge. Sometimes these things can be surpassed, and the two of you will come out on the other side better for it. But there is always the chance that one factor could be the breaking point.

Take for instance, wanting different things. This could be as insignificant as disagreeing on what to have for dinner that night or as as large as having differing opinions on having kids. Sometimes what you want won't affect your future with your partner and can be reconciled through compromise. But more often than not, if your dealbreakers don't match with there's, it may be time to reevaluate your relationship. Here are some signs that what the two of you want isn't matching, and you may be headed toward breakup.

1. Your Idea Of Commitment Varies

This is probably the quickest way to find out whether your relationship has an expiration date. If you are in it for the long haul and your partner is in the here-and-now taking things one day at a time, then you have a problem on your hands. Eventually, you two will have to talk about what it is you want from your relationship, and if those two things don't match up, it's not easy to come back from that. Knowing your partner might want more or less commitment than you puts you on two separate pages on an issue that can't be ignored for long.

2. Your Five-Year Plans Don't Quite Match

Going beyond commitment, if you and your partner have different futures planned out, then this could make things tricky as well. If your partner wants marriage, kids and the white picket fence before they turn 30 and you're still looking to satisfy your wanderlust, it'll be hard to reach a compromise. Depending on whether five years is a hard deadline to reach what you want, there may be wiggle room to include what you and your partner both want. But if those things vary and represent hard lines for both of you, your next five years may not be together.

More immediate than grappling with future priorities not aligning is having both of your priorities differ now. If you're the kind of person who seeks to achieve a good work-personal life balance but your partner feels that work is everything to them right now, then you're already facing mismatched priorities that could compromise your relationship. Similarly, if you are putting your relationship above all else in your life to give love a chance and your partner isn't giving you the same time of day, you may be headed toward disaster.

4. Talking About It Doesn't Yield Compromises

Of course, it's important to talk to your significant other about your relationship's problems, especially when navigating mismatched priorities. But, if talking with bae isn't yielding any sort of compromise between the two of you, then you have greater issues. It's perfectly fine to have your plans and not want to settle for someone else's picture of your life, but if you or they are unwilling to bend a little bit for the sake of your relationship, it won't have a space in your future.

5. You're Not Comfortable Trusting In Them

Not trusting your partner is a problem in and of itself but it could be a huge indicator that you two are not on the same page with what you want. When we don't want to open up to someone, it usually comes out of a fear of being vulnerable with someone who won't reciprocate those emotions. It's easy to feel this way in the beginning of a relationship, but if you guys have been going out for a few months and you still feel like you can't open up, you should probably ask yourself why. Beyond the typical insecurity, you may feel like you can't open up because you're not on the same page with your partner. What's more, you may feel on some level that your relationship does have an expiration date, so you're not putting in the effort.

6. You Disagree On More Than You Agree On

Obvious, but still important. Chances are if you both have very different goals in your relationship, you won't agree on much. Disagreements are common, but if the two of you are constantly going at it and then going to bed angry, there's a problem. Instead of getting into passive-aggressive fights with your partner about them not doing the dishes, take a second to think what's really bothering you. Sit down and have a candid talk about what it is you want, and if those two things are irreconcilable, it's time to rethink the relationship.