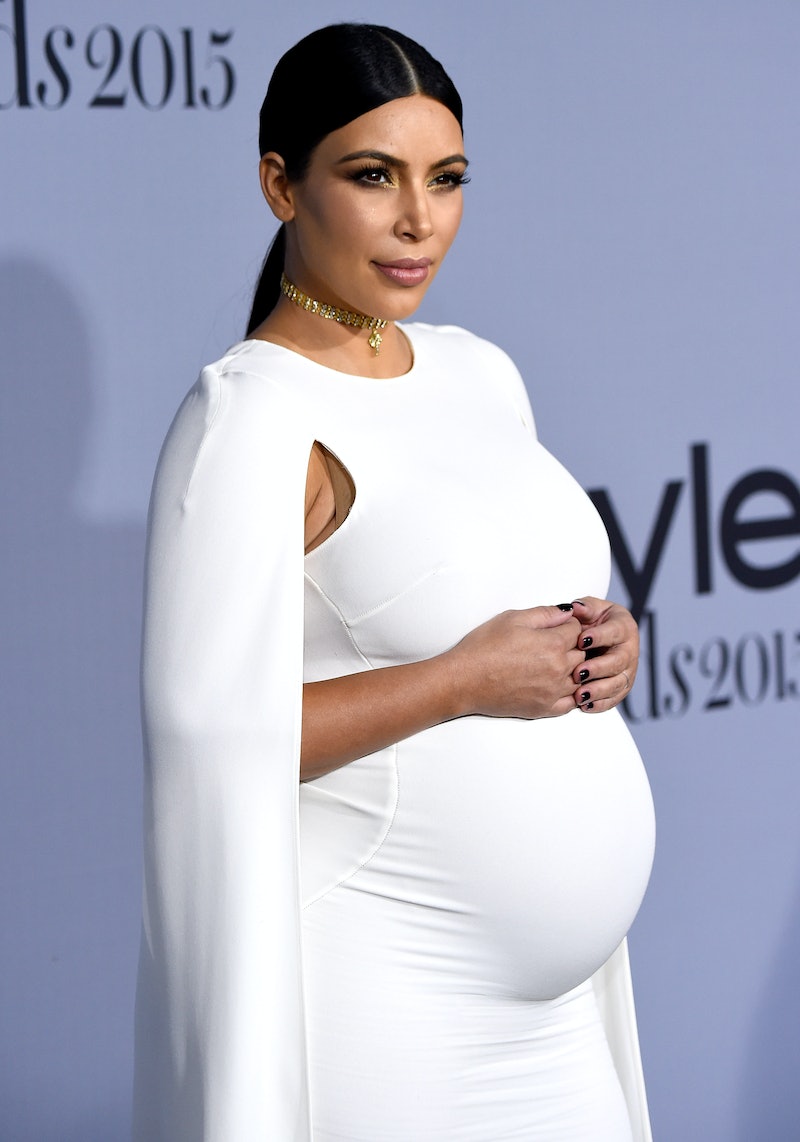 Let's be real: Kim Kardashian's life is pretty much an open book. The reality star is constantly tweeting about what she's doing, or uploading Instagrams to show everybody the glamorous events she's attending and the designer clothes she's rocking. In addition to snapping selfies, sharing adorable snapshots of her daughter North West is another one of Kardashian's go-to hobbies. Despite all the cute family photos, it hasn't been an easy road for this 34-year-old mother. With baby number two on the way, Kim Kardashian is opening up about her pregnancy struggles, and why she's anxious this time around. As someone who's frequently filtering photos and showing the world her best angle, it's refreshing to hear Kardashian talk so frankly about having a hard time. In an interview with E! News, she said,

Every medical issue that you could probably have I feel like I get and I worry so much about it. This pregnancy I have a little bit more anxiety just because I know what's to come and it's really inevitable some of the issues that I'm going to have. You know, I have a high-risk delivery and all of that gives me such anxiety.

In a previous interview with E! News, she also added, "You know it was really hard for me to get pregnant so I do feel really blessed that I am pregnant and at the end of the day it is a million times worth it… I'm really not complaining, I'm just being honest." And you know what? I applaud Kim Kardashian's honesty. I really don't think she's exaggerating or being dramatic at all. By opening up about her struggles, hopefully it can help other mothers feel less alone.

Actually, this isn't the first time Kim Kardashian has spoken out about her pregnancy struggles. She's been very vocal about the ups and downs, ever since she gave birth to North West. To add some context to the situation before anyone criticizes this mom-to-be, Kim Kardashian wrote a post on her website called "High-Risk Pregnancy." Not going to lie, it's a bit graphic, but she goes into detail about having preeclampsia, which she explains is "a serious and often sudden pregnancy complication that affects about 5 percent of women." On top of that, Kim Kardashian struggled with placenta accreta — another high-risk condition where the placenta grows into the uterine wall. Poor Kim! For anyone interested in learning more about these conditions, she goes into further details about North's birth on her website, KimKardashianWest.com.

In addition to sharing her own experience, Kardashian turns this into a teachable moment by ending the post with these words of wisdom:

My advice to anyone going through this or anything difficult during pregnancy is that all you can do is be hopeful, get the best information out there and just be prepared. The more information you have, the better you know how to handle it!

I really do think it's admirable that Kim K isn't shying away from the not-so-pretty details of her pregnancy. She's surely not the only one who's struggled, and hopefully the rest of her pregnancy goes as smoothly as possible!