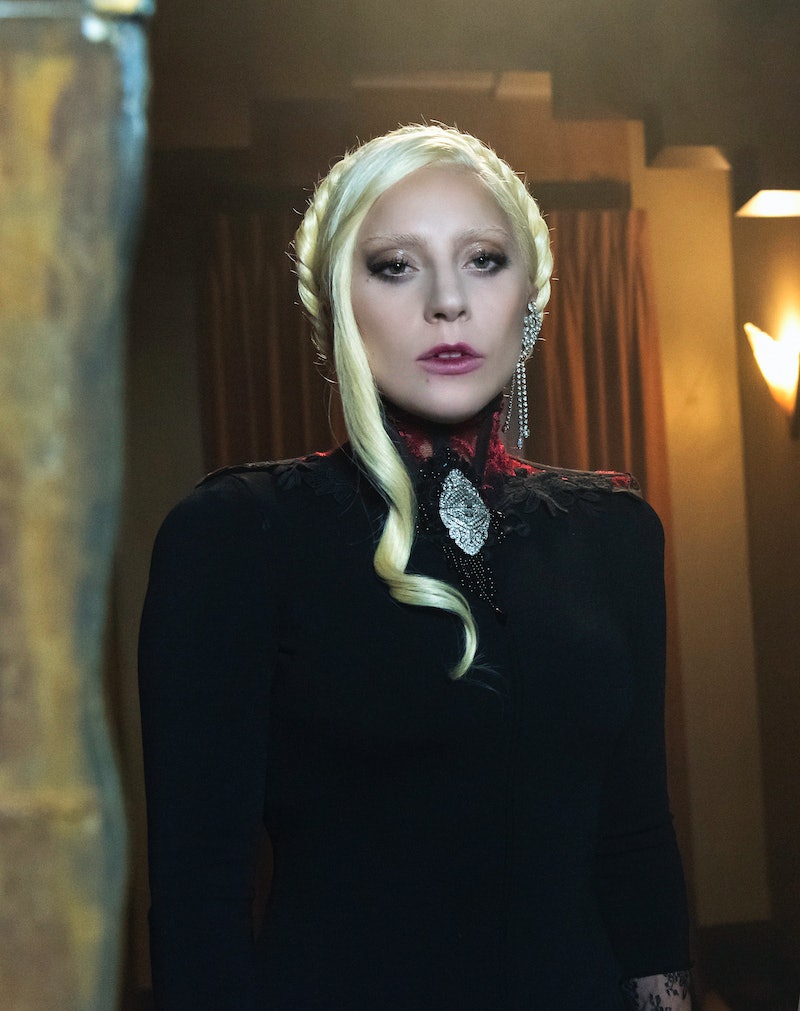 By now we know the general rules that come with being a vampire on AHS: Hotel . Sunlight won't kill you, but it's best to be avoided; healthy blood is your main source of sustenance; and immortality is completely possible, so long as you don't accidentally get yourself killed. But what happens when a vampire dies in a place that has the tendency to keep their occupants around long after their demise? I'm referring, of course, to the tragic turn of events surrounding Tristan's death at the Hotel Cortez. Last we saw, The Countess had slit his throat as punishment for his secret love affair with Liz Taylor. But given that he died within the confines of the hotel, is it possible that this vampire will turn into one of the AHS: Hotel ghosts? I'd say that at the Hotel Cortez, anything is possible.

Much like Murder House, Hotel has demonstrated that anyone who dies inside of its haunted halls with unfinished business goes on to become a permanent ghostly presence. It happened with Sally, Mr. March, Ms. Evers, and pretty much everyone else who isn't a vampire. (Sorry, I mean "virus carrier.") However, we have yet to encounter anyone who is both a vampire and a ghost. (Well, that we know of.) Is that because such a thing is impossible or has something like this just never actually happened before?

As of now, last week's episode "Room 33" is listed on IMDB as Finn Wittrock's last AHS: Hotel credit of the season, but that is a far cry from any concrete evidence that he won't return in some capacity. Both Ryan Murphy and Wittrock have remained suspiciously quite on the social media front since Tristan's apparent demise. Could this be because they don't want to confirm or deny whether the character is gone for good? Murphy always likes to keep us guessing and considering how there could still be so much of Tristan's story to tell, I wouldn't be surprised if he pops up for a little ghoulish vamping (or is it vampish ghouling?) in the very near future.

There aren't many things you can ever be certain about when it comes to any given season of American Horror Story, however, the series has always had a knack for bringing characters you thought were long gone back from the dead. So I very much doubt that Tristan's vampirism would stop Murphy from finding a way for him to at least make a cameo appearance. After all, this hotel doesn't seem to have many limitations in its ability to create ghosts. Sally wasn't even technically in the building when she died and yet she's still haunting the heck out of everyone. And who's to say that Mr. March wasn't also a vampire himself? His fondness of blood (and the fact that his wife may have been The Countess herself) only adds to the possibility.

I guess what I'm really trying to say here is that this hotel may be a truly terrifying place to live, but it's supernatural attributes may be just what we need to help resurrect Tristan and add another member to The Countess' growing list of enemies. Maybe he'll even team up with Donovan and Ramona to help bring her down. Something tells me that having a ghost/vamp hybrid on your side could come in handy and I am ALL for it.