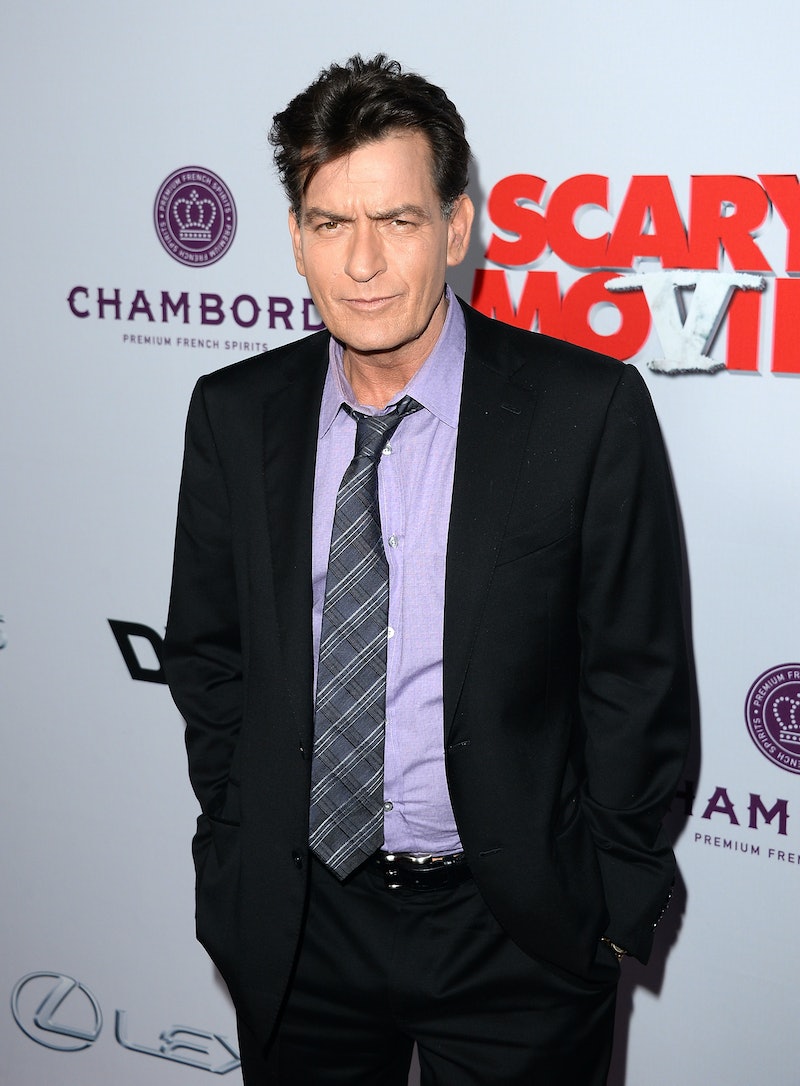 On Tuesday morning, Charlie Sheen appeared on Today to make a very important announcement. For the first time, Sheen announced publicly that he is HIV positive, a secret he has been keeping for years. According to the former Two and a Half Men star, he was diagnosed four years ago after suffering from symptoms including severe headaches, and he is now on daily antiviral medications to keep the disease under control. And although coming clean about the ordeal had be scary, Sheen had good reasons for talking about having HIV after all these years.

Of course, the decision didn't come easily. The actor claimed on Today that he paid out more than $10 million to make sure people kept his secret. Going to such serious lengths to hide something had to make an already tough situation even more difficult, but now that he's talking about having HIV publicly, Sheen has goals of helping others who may be going through the same thing. After all, there's definitely still a stigma around the disease, and the fact that he worked so hard to keep news of his diagnosis from getting out only underscores it.

"I have a responsibility now to better myself and to help a lot of other people," Sheen told Matt Lauer during the interview. "Hopefully with what we're doing today, others will come forward and say, 'thanks Charlie.'"

And he's right. With Sheen going public about what he's going through, maybe more people who also suffer from HIV will feel like they're able to speak openly about it, too. It has to be incredibly difficult to receive a diagnosis like this, as well as dealing with the symptoms of that diagnosis on a daily basis, without having to also worry about keeping that struggle a secret for fear of what people might say.

Sheen also sounds like he's more secure in his own life now that the secret is out — something he described as a way to "release myself from this prison." He mentioned that he doesn't think his diagnosis will stop him from working on acting projects in the future, and he seems to have a very positive outlook on his life, as well as the way he's going to use this opportunity to have a positive impact on the lives of others.

"If there was one guy on this planet to contract this that's going to deliver a cure, it's me. It's me. Seriously," he added. "I'm not going to be the poster man for this, but I will not shun away from responsibilities and opportunities that drive me to helping others."

Is Charlie Sheen turning over a new leaf? It definitely sounds that way, and opening up about something so personal could be the first step.