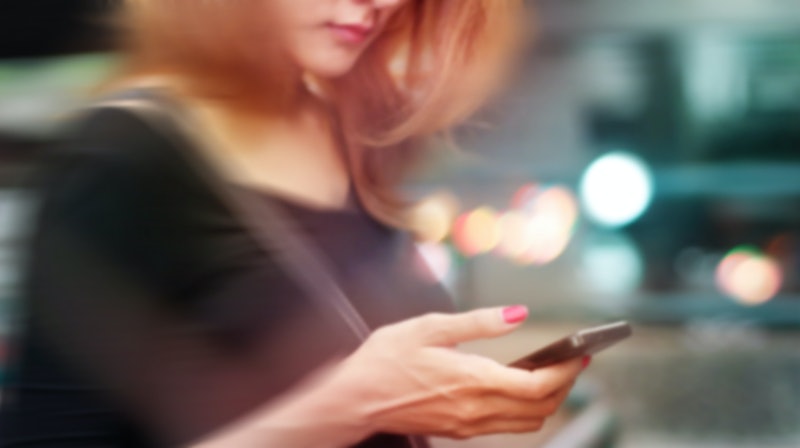 Yes, unfriending someone on social media often seems unnecessarily dramatic. Whether you merely unfollow their notifications on Facebook or block them altogether on Instagram, getting unfriended feels like a virtual slap in the face. But because today is National Unfriend Day, it's a good time to look at all the times it's completely necessary to unfriend a person, especially your ex. When you've finally made the decision to delete your ex from the face of all your social media, it can be 10 million times more dramatic, filled with a roller coaster of emotions before you actually click that small blue button.

Though unfriending an ex can feel like you're ending a significant chapter in your life, it's usually for the best. After a year of not being with my ex, going back and forth between feeling very strongly for him and getting those feelings thrown back in my face, I decided it was time to cut ties. Since I wasn't seeing him regularly, the only way to truly cut off contact was to unfriend him on social media. And though it felt weird, given that I didn't have any spiteful feelings toward him (unless you include all-encompassing heartbreak), I knew it was something I had to do.

As cheesy as it sounds, I wrote him a letter telling him I couldn't talk to him anymore, and I went beyond unfriending him. I blocked him. But it was for my own good, and it helped me move on from the situation. It was only when I decided that I no longer needed to bar him from my life that things got complicated again. But for that period of time that I had enough strength to remove him from my life, these are things I found started to happen.

1. I Was No Longer Tempted To Talk To Him

The biggest issue with still being connected to my ex through the worldwide web was the temptation to talk to him. Even if I told myself that I would completely cut off ties with him, having him pop on my news feed made it so much harder not to leave a small comment. And then I'd be stuck waiting to see if he'd say anything back, and the cycle would continue. Without him popping up, that temptation eventually vanished. I had no choice. Even if I wanted to talk to him, I couldn't, and that made things so much easier.

2. I Started Thinking About Him Less

Like I said, you could be doing great with moving on from a past relationship. But if that person is constantly appearing on your feed, it's impossible not to think of them and wonder what they're up to. Without the constant reminder that he was out in the world, enjoying a life without me, I started thinking about him less and less. And that was so liberating.

3. Not Having To See His Posts Made My Day Easier

In one of my favorite episodes of How I Met Your Mother , they talked about how after every relationship ends, there is one person who “wins” the breakup by moving on and being much happier in their lives. It sounds silly, but many of us can totally relate. And seeing my ex posting pics and statuses that had nothing to do with me felt like he was winning the breakup, while I was losing by a long shot. But when he was finally gone, things were no longer a competition.

4. I Stopped Wondering If He Still Cared

When I could no longer talk to him and analyze everything he said to find out if he missed me, it stopped mattering so much. Yes, I had my moments where I thought about him, and wondered in the most cliched of ways if he was sitting in his room, wondering about me too. But eventually, that thought just didn't cross my mind anymore.

Before I knew it, I was beginning to think about other guys, all because it felt like he was no longer really in my life. It may sound ridiculous, but social media was our last option for communication. When that was gone, it actually seemed over.

Yes, it may seem like you're in a soap opera, and that everything is happening in slow motion when you unfriend someone. But in the end, you'll be better for it. There's no shame in disconnecting from a person on social media, especially an ex. And better yet, it can actually help you move on from the situation without the constant reminder of what you two had.