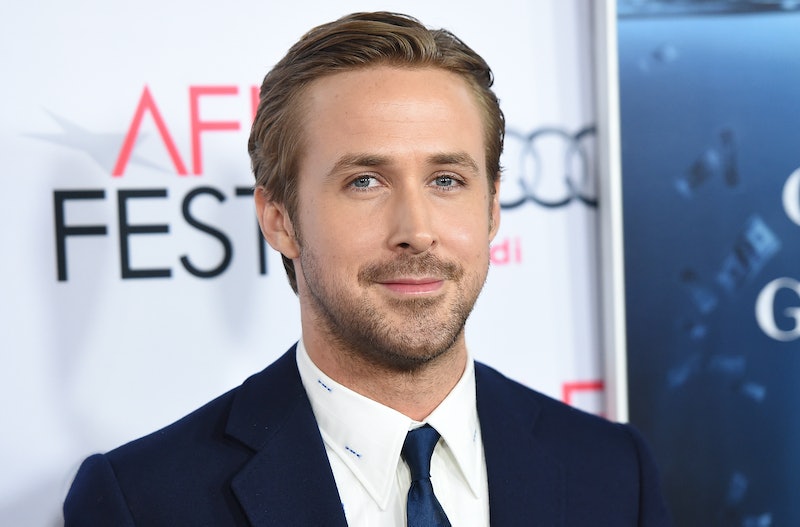 Ryan Gosling continues to make mine and everyone else's lives better on a daily basis. News on Tuesday that Ryan Gosling will host SNL on Dec. 5 2015, for the very first time ever, is just the icing on the cake. What better way is there to improve the cold winter months as we move towards Christmas than an evening with Gosling himself? It's basically a date, right? I have a date with Ryan Gosling on December 5. And everyone's invited! This is amazing news for Gosling fans everywhere, and will be the much needed light relief from Gosling's more serious roles of late, in films such as Only God Forgives and as the director of Lost River.

As an actor, Ryan Gosling has proven time and again that he has brilliant comic timing. Crazy, Stupid, Love sees him act opposite comedy heavyweights such as Steve Carell and Emma Stone, and he doesn't disappoint. His Drunk History Christmas performance in particular is a work of genius, and it also co-stars Eva Mendes. Gosling's range is what will make him such an amazing Saturday Night Live host. There are so many reasons that Gosling will kill it, and here are just a few more.

It's safe to say that Ryan Gosling has a lot of fans. And he's sure to get an electric reception when he's on SNL. And that's just from me.

Hopefully, Gosling will have the chance to showcase his musical abilities on SNL. Is there nothing this man can't do?

3. He Does Great Physical Comedy

Not only does Ryan Gosling have a fantastic body (sorrynotsorry), he is totally unafraid to use it for comedic purposes. And this includes dancing (see the Dirty Dancing inspired scene in Crazy, Stupid, Love).

4. He's Responsible For A Million Memes

Whether he's saying "Hey girl," or eating cereal, or declaring his love to a taco, Ryan Gosling is responsible for so many hilarious memes that I've lost count. There are bound to be some brilliant self-referential moments when he hosts SNL.

5. He's Not Afraid To Make Fun Of Himself

Despite being a serious actor, director and writer, Gosling never takes himself too seriously, and always comes across as relatable, which only makes me love him more.

Part of Gosling's amazing comic timing involves being able to sneak up on people. We should expect a few surprises when he hosts SNL!

Gosling can act against anything or anyone, even making the audience believe that a blow-up doll is his girlfriend in Lars and the Real Girl. Being able to alter his appearance and demeanor so quickly will serve him well on SNL.

8. Did I Mention That He's Ryan Gosling?

Well done, sir. You are quite superb.

Ryan Gosling is going to be a fantastic SNL host, and the best early Christmas present of all time.