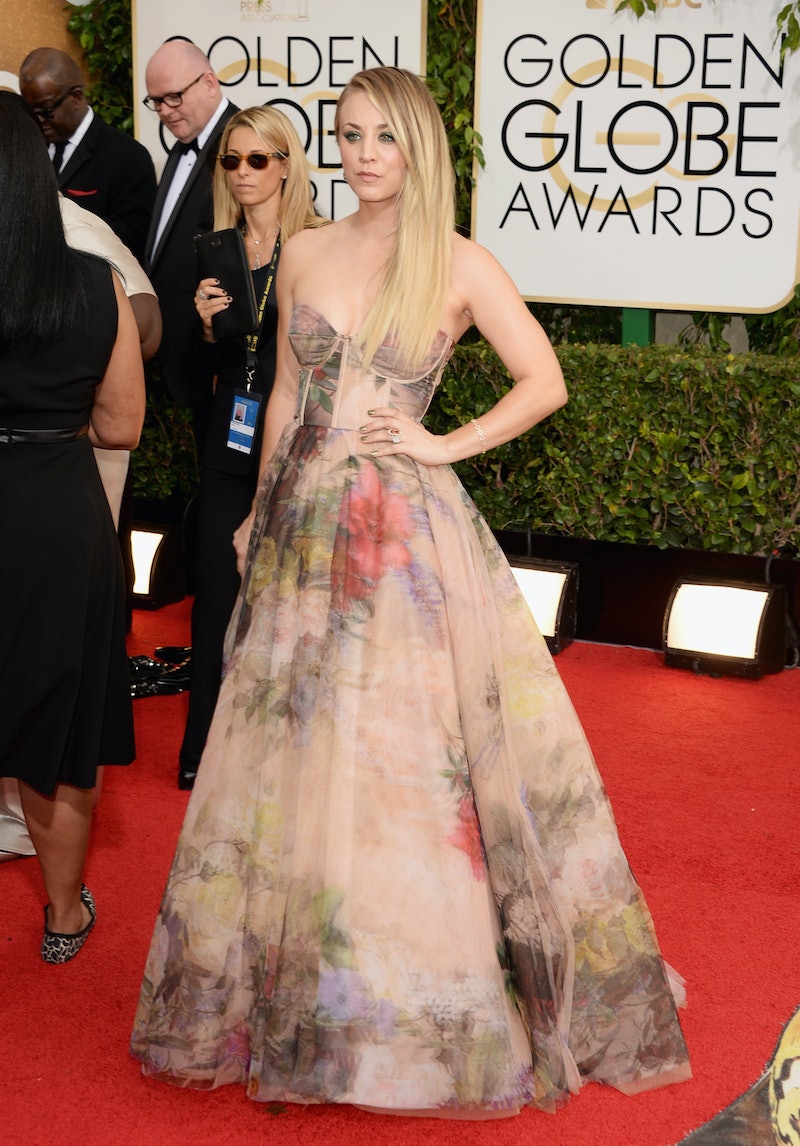 After appearing on the red carpet of the 2014 Golden Globes, where she spoke to E!'s Ryan Seacrest about her now-famous chandelier wedding cake, Twitter flooded with comments about Cuoco's excessive press of her very quickly planned wedding, which Cuoco labeled "the wedding heard around the world" during the red carpet. (The actress, who also previously starred in Charmed, was immediately charmed by Sweeting, and married the athlete just six months after they started dating — just one month after Cuoco's well-publicized romance with Man of Steel's Henry Cavill.) Just see below for just a few of the comments from Twitter users watching Cuoco talk about her wedding during the awards ceremony Sunday night:

Time to move onto something new, Kaley?