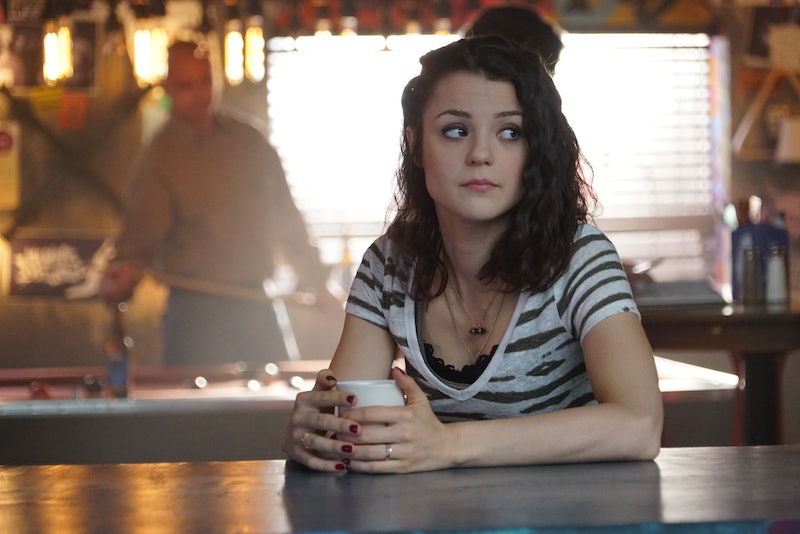 Just when Carter was finally starting to grow on me again, she has to go and ruin everything. Sure, Tuesday night's episode of Finding Carter brought out the worst in Elizabeth and aired Jared's dirty laundry, but is that really enough to send Carter running back to Lori? Apparently. And it really seems like it could be the beginning of the end for the relationship between Carter and the Wilsons that Season 1 spent so much time building. In the final moments of Tuesday's episode, when we thought Carter was going to stay at Jared's, Carter went to stay with Lori on Finding Carter for "a few days" while Ben's out of town. But, really, will it be that easy for Carter to say goodbye now that she's reconnected with Lori?

So far, Season 2 has kind of set us up for this reunion — especially after last week's episode, when Carter stole that painted rock from Lori's apartment. Now, I know Finding Carter never tried to make us believe that Carter had absolutely no feelings left about her relationship with Lori, but it's still kind of jarring to see her falling back into this. Elizabeth isn't a horrible parent. She probably could've been better with Carter's independence this season and she DEFINITELY didn't need to tell Carter, and everyone else at the party on Tuesday, that Jared is married and has a daughter, but by no means is Elizabeth as bad as Carter is making her out to be. And she's certainly not bad enough that Carter would feel the need to stay at Lori's, knowing how volatile of a situation that can be.

If Elizabeth finds out about this — and we all know she will — it's going to destroy her and any relationship that she's built with Carter. And, honestly, I don't know if my emotions can handle that. But, what might be worse is that it'll also destroy Carter's relationship with Taylor and Grant (who, by the way, she apparently has forgotten exists — poor Grant). Taylor wasn't exactly pleased to see Lori at the party and she's certainly not about to forget about all of the drama Lori's put her and her family through. So, is Carter really going to choose Lori and her "independence" over her family? It seems like, even if she hasn't made that choice in her mind, she's well on her way to setting herself for a major rift with her family. And, unfortunately, it doesn't look like they can all live happily ever after.