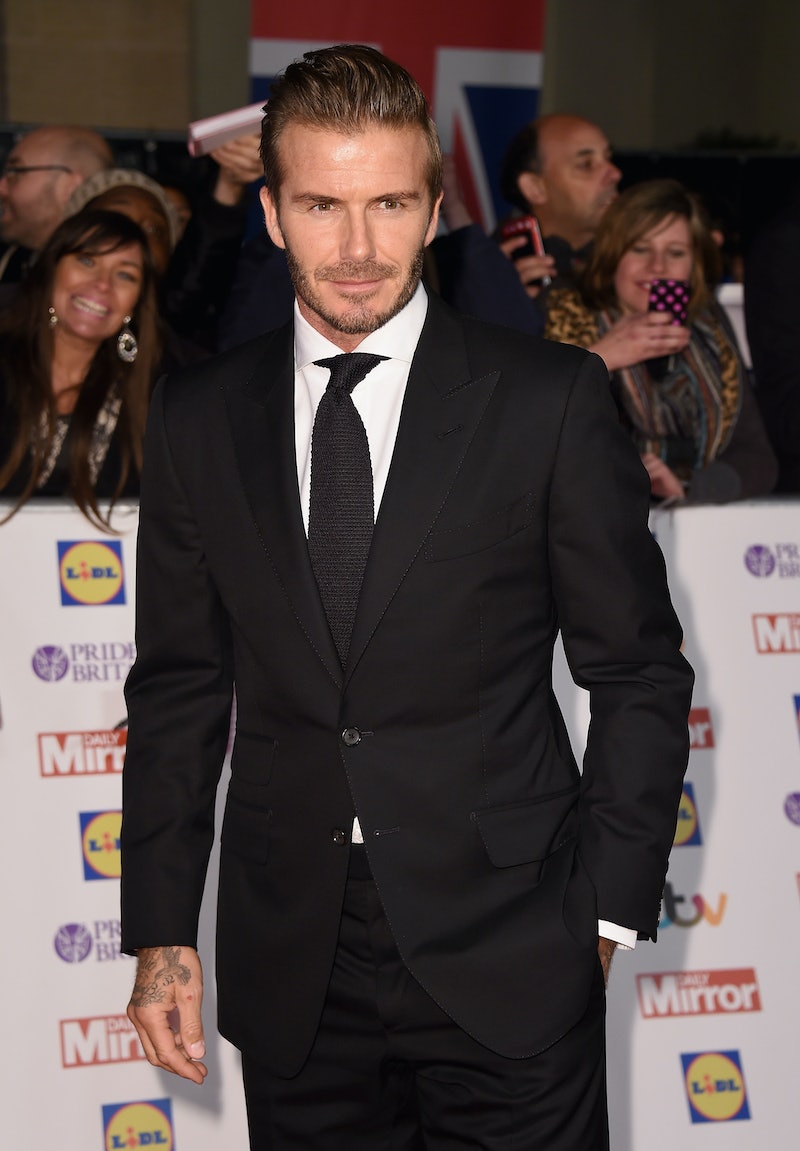 There are several men in Hollywood who can always be counted on to slay when appearing on the red carpet. George Clooney is one. Daniel Craig is another. PEOPLE 's Sexiest Man Alive David Beckham is always dapper, dashing, and well-dressed on red carpets, from his ensembles to his hair. Even though the English footballer is covered in tattoos, he always looks classic and, well sexy!

It's not easy to pull off edgy and bad boy mixed with classy. But somehow, Becks is always handsome and awesome. The fact that his wife Victoria Beckham is a fashion designer with a crazy acute sense of what looks good on the human body likely helps when crafting his look.

But it's obvious that the soccer star has his own cultivated and inherent sense of style and knows what he likes and what works.

There is nothing wrong with the fact that Beckham expends time and energy on his red carpet looks. He never bores us and he never has a schlubby or sloppy moment. He is one of the red carpet gold standards when it comes to celeb leading men.

To celebrate Beckham's new status as the Sexiest Man Alive, let's stroll down memory lane and peep some of his most memorable red carpet presentations.

A simple black tux with a bow tie made for a luxe look. He and Posh were black tie awesome.

2. All Black But Not Goth

Beckham went with an all black suit. His take on monochromatic was flawless and dapper. It never took a turn towards goth or sombre, either.

When in doubt, a black suit is always a wise choice. Beckham effectively relies on the basic black suit without too many details, since he gets additional oomph from his hair and his tattoos.

Beckham switched things up with this gray suit. He was handsome as always.

Whoa! Check out that long blazer and those unique lapels. He is David Beckham, Man of Style.

The reason that Becks' white hot suit wasn't too "Tony Montana in Scarface" was due to the fact that he matched his wife's outfit. They do that a bunch.

They may not be British monarchs, but the Beckhams are pop culture royals who looked impeccably dressed at the royal wedding. Check out Becks' tails, hat, and tie! They were all unique touches.

Beckham's suits are always tailored, clean, crisp, and fitted. Here, he went with a navy blue hue. But seriously, there is not a schleppy look in his lot.

While at the Kids' Choice Awards with his sons, he was dressed down but still pulled together. He was blasted with gold goo during the ceremony, so he couldn't get too, too dressed up!

Becks went with a tee and sneakers for this charcoal ensemble. Oh, and a scruffy, sexy beard, too. This was his take on street style.

I have to be honest and say that Posh is the star of this pic, with her gray shift and her negative space platform boot x leggings combo. It's one of my all-time favorite V. Beckham looks. But Becks looked just as hot by her side in his brown striped, light gray suit.

I hope you didn't break too much of a sweat while checking out these hot David Beckham looks.