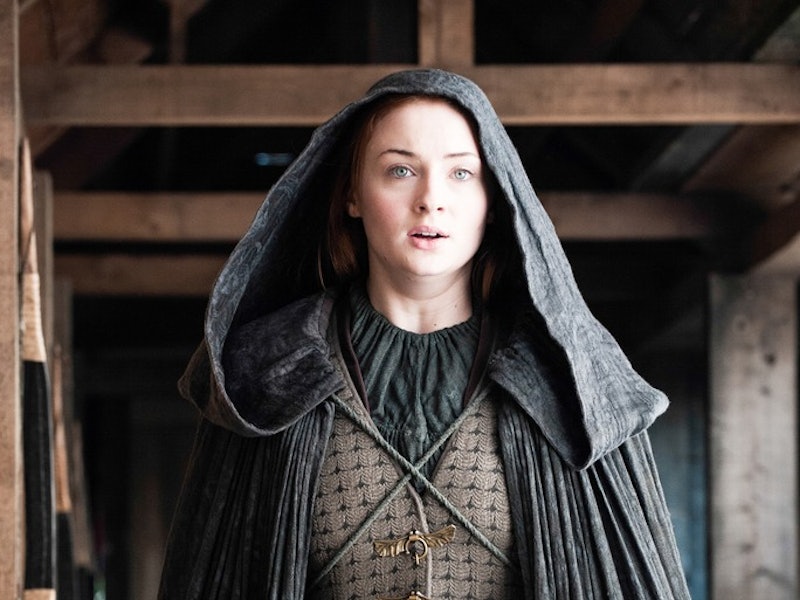 SPOILERS AHEAD! A rare treat it is to get good news about Game of Thrones , but today is a special day, because a certain someone was spotted filming scenes on location at Winterfell. The GOT fan-run site Watchers On The Wall (aptly titled since they have eyes everywhere) reported there was an exciting scene being filmed in Northern Ireland at the Winterfell set. Reportedly present and accounted for were Sansa Stark (Sophie Turner), Ramsay Bolton (Iwan Rheon), Littlefinger (Aiden Gillen), and none other than the saddest boy in the North. That’s right: Kit Harington, who you might know as JON SNOW was reportedly spotted at the scene!

According to WOTW, “The characters are interacting in Winterfell’s courtyard, and there’s a great deal of tension…And then a giant turns up at the gates! The giant tries to force its way in and the people inside have to fight it off.” Exciting for a whole host of reasons: Jon Snow is apparently alive, he’s reunited with his half-sister Sansa Stark, and hopefully he will kill the crap out of her repugnant husband Ramsay Bolton. WOTW notes that the identity of the giant isn’t known, but the giants were on the side of the wildlings and the men of the Night’s Watch in the epic Battle of Hardhome at the end of Season 5 that led to Jon Snow’s stabbing. Feels so good not to call it a death anymore.

It doesn’t bode very well that Sansa is back Winterfell. She was last seen with Theon/Reek, jumping from the walls of the castle to escape. It’s unclear when this fight at Winterfell takes place, as WOTW lamented, “We also don’t know what episode this scene is for or who is directing it. I’d love to know that, to develop more of a timeline.” I, too, would like a timeline, but for now, it’s enough to know that Jon Snow is (rumored to be) alive and kicking, and if he defeats the Boltons, that could even mean he has a chance to become the King of the North.

This news doesn’t mean fans need end their theorizing, though. Even though Jon Snow may be alive, how did he survive that gruesome death? Who or what force revives him enough to the point where he is ready to go into battle? Fan theories propose that he wargs into his direwolf, or perhaps he reunited with another Stark: Bran, who in Season 6 will return full of magic he learned in his off-screen absence from the Three-Eyed Raven, who will be played in by the inimitable Max Von Sydow. Or maybe, Melisandre, the red woman, brought him back to life.

Whatever might have happened to resurrect Jon Snow from the dead, if the rumors are true, at least now fans can breathe a sigh of relief, then get right back to postulating and theorizing about good ol’ Jon. Would his survival mean that the show will give viewers what they want and reveal more about his parentage, delving into the R + L = J theory? Whatever happens, it’ll be exciting Kit Harington really isback in action. Keep those long, Jon Snow locks forever, friend.