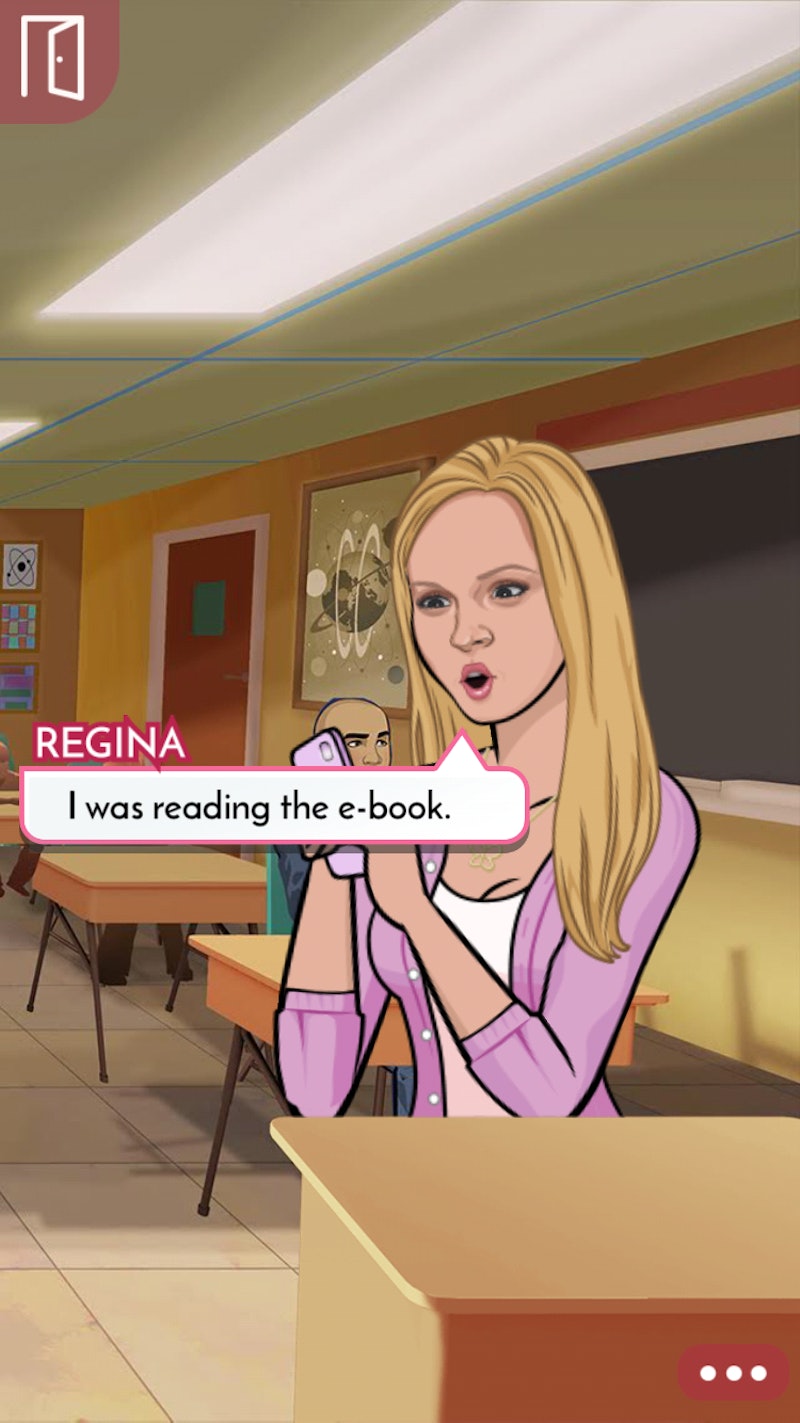 Have you ever wanted a (proper) sequel to Mean Girls featuring your favorite characters? If the straight to television Mean Girls 2 just didn't satisfy your need for more Plastics in your life, then this just might: A brand-new Mean Girls iPhone game arrived on Nov. 18, and it promises an extension of the story that you love. Only this time, you're the main character. The game, titled Mean Girls : Senior Year, is available on iOS App Store and Google Play and is part of the Episode app, which allows you to play through different scenarios by responding to dialogue and clicking through animated scenes, not unlike the Kim Kardashian: Hollywood game, which took over entirely too many cellphones when it debuted last summer. The new Mean Girls game could certainly do the same thing, though it's hard not to point out the peculiar differences between Mean Girls: Senior Year and the actual film — specifically within the technology itself.

Mean Girls hit theaters in 2004, back when we were all still using flip phones and would have had zero idea what a "Twitter" was. The characters in Mean Girls are all in their junior year of high school when we see them in the film, and in the iPhone game "sequel," they are in their senior year, save for Aaron, who is a freshman at Northwestern. That's why it's just a taaaad weird that the technology of Mean Girls: Senior Year is so 2015, filled with words like "e-books" and "selfie."

Here are just a few things that I saw happen in the first three episodes of the Mean Girls: Senior Year game that would have never happened in the film.

Immediately upon meeting my character (also named Kaitlin but with way better style, just check out that skirt), Damien and Janis decided that a selfie was in order. That was weird for two reasons: The first was that when Janis and Damien were in high school, selfie was a totally foreign word. I mean, MySpace was barely a thing back then. The second was that even if Damien and Janis had been around to identify with a selfie and had iPhones, Janis would definitely be too cool to take one, and would probably have penned at least several essays on her Tumblr page about why. (Damien, of course, would be posting #TBTs, #WomanCrushWednesdays, and #MakeupFreeMonday posts to Instagram on the regular.)

A maybe-reformed, maybe-not-so-reformed Regina insists that she's reading a Shakespearean play on her phone in your English class, which means that, in this version of 2005, we all had the Books app on our iPhone.

When my character first meets Cady in the bathroom, Cady immediately spills about how her boyfriend Aaron is at college and hanging out with a bunch of hot girls. Honestly, I would not have approved of Aaron's cozy pose with his co-ed friend, but here's hoping that the next chapter will reveal that it's actually his cousin. And not the Karen version of cousins, where you still get to make out and stuff.

4. Karen Is On Periscope

Maybe? Either that or she's making videos and uploading them to YouTube. Either way, she chases down her classmates for impromptu iPhone videos due to the success of her weather blog. (There's a 50 percent chance it's already raining, after all.) It's more impressive that Karen knows how to work an iPhone than anything else.

But, despite the fact that this game has all your favorite characters using technology that totally didn't exist in 2005, you know you wanna take a selfie with the Plastics, right?