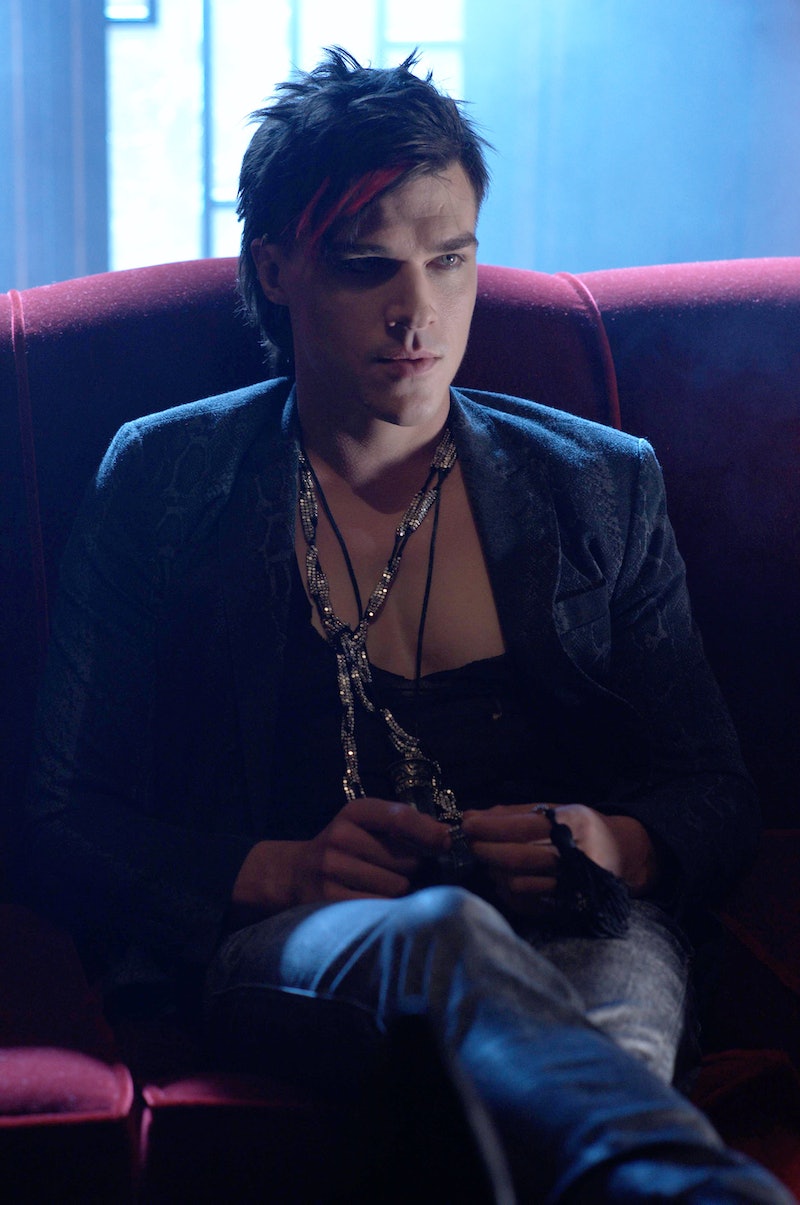 How's everyone's head doing right now? Because mine is still spinning from the whirlwind of information American Horror Story: Hotel delivered this week. Not only did we finally receive confirmation that The Countess and Mr. March are married, but we also got introduced to two very upset vampires (oh, excuse me, "virus carriers") who were responsible for giving our beloved Countess her taste for blood. I'm referring, of course, to Rudolph Valentino & Natacha Rambova — two real life Hollywood stars whose AHS: Hotel counterparts have been trapped within the confines of the Cortez for the better part of a century, right underneath The Countess' nose. But while I'm sure that'll come with its own unique set of problems, let's talk about who is actually playing Valentino on AHS: Hotel .

If you're thinking that this devilishly handsome actor looks familiar, then you would be right. Valentino is played by none other than our beloved AHS vet Finn Wittrock, whose previous character, Tristan, was just killed off the show as early as last week. (Like I said, this was one wild and crazy episode.) So don't worry, your eyes are not playing tricks on you, though, I will admit they must've done some sort of CGI magic to Wittrock's face because he didn't look quite like himself. It was almost as if Ryan Murphy wanted us to question whether or not this was, in fact, the actual actor or just an astounding doppelgänger find. But given that Wittrock is credited as a special guest star, I'm 100 percent confident that it's him. It's hard to forget a face that good looking, after all…

I have to admit that I'm extremely curious to see how The Countess' reunion with Valentino will go, especially considering she didn't know what Mr. March had done to him. Maybe he'll just let bygones be bygones? (Yeah right!) I wonder if Liz Taylor will notice Valentino's striking resemblance to Tristan like the rest of us did. Either way, though, I think we can all agree to just be happy that Wittrock is back on our television screens. Never leave us again, please!