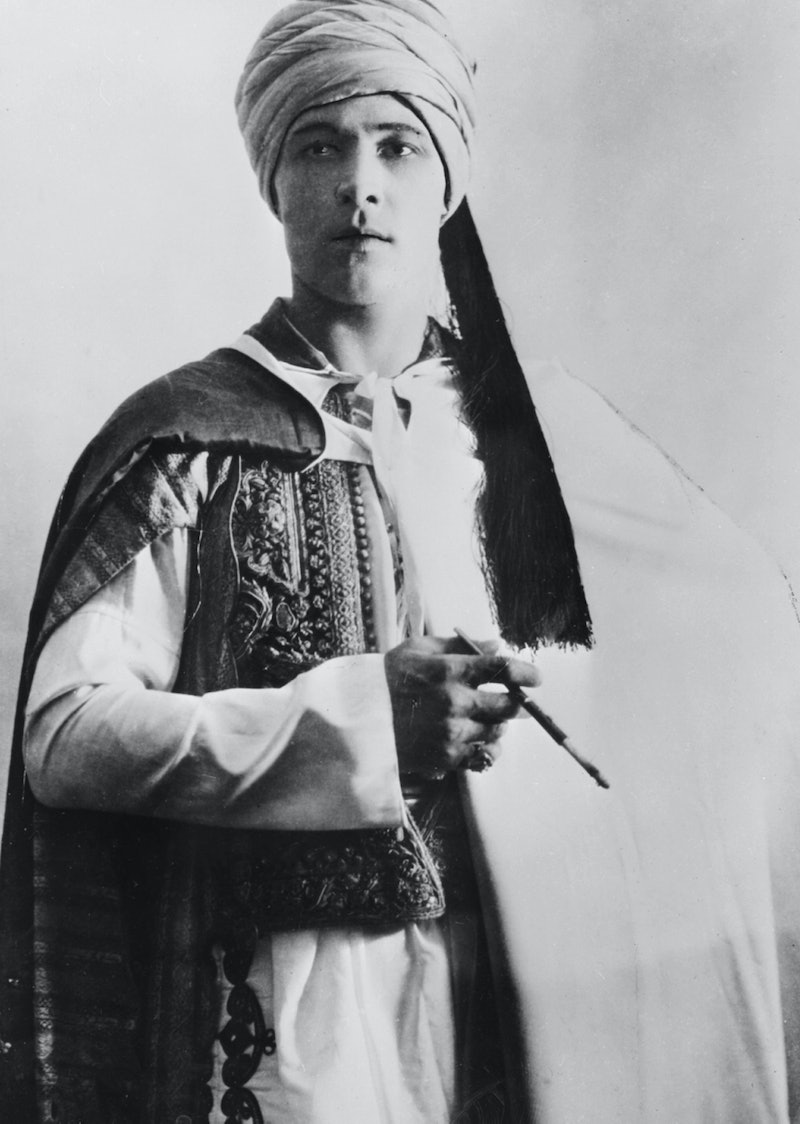 American Horror Story: Hotel brought us back to old Hollywood in tonight's episode. We transported back to 1925 when silent film actors were nothing short of gods and Rudolph Valentino was one of the biggest and brightest stars of his day. In Ryan Murphy's version of history, Valentino ended up becoming an immortal vampire and turned Lady Gaga's character into the immortal Countess we know and love today. While that would certainly be intriguing if it were true to life, unfortunately that's not how his story really ended. So, what really happened to Rudolph Valentino?

Well, unfortunately his story ended very prematurely. But, before we get into the details, let's remember what made him so noteworthy. Valentino was basically the Brad Pitt of the silent film era. He had ladies falling at his feet because he was a total Italian stud and starred in every big silent film of the time period. He held leading roles in films like, The Four Horsemen of The Apocalypse, The Sheik, and Blood and Sand. He immediately became a 1920s sex symbol and was linked to many beautiful women in his day.

Valentino's eventual death rocked the film world. At the very young age of 31 years old, he collapsed suddenly at the Hotel Ambassador in New York City. After being rushed to a hospital in New York, he was diagnosed to be suffering from both appendicitis and gastric ulcers. Unfortunately, what would possibly be a routine procedure today, didn't exactly cure him. He ended up suffering from peritonitis, which is an inflammation of the thin protective lining that covers our internal organs. A few days later his condition worsened. He eventually slipped into a coma and died. In recent years, the problem of gastric ulcers that mimic appendicitis is actually now referred to as "Valentino's syndrome."

Like in American Horror Story: Hotel, the real Valentino's grave was also said to be visited by a woman in black who left a red rose there on the anniversary of his death. Looks like these two tragic figures, both fictional and real, have pasts that intertwine in some ways.