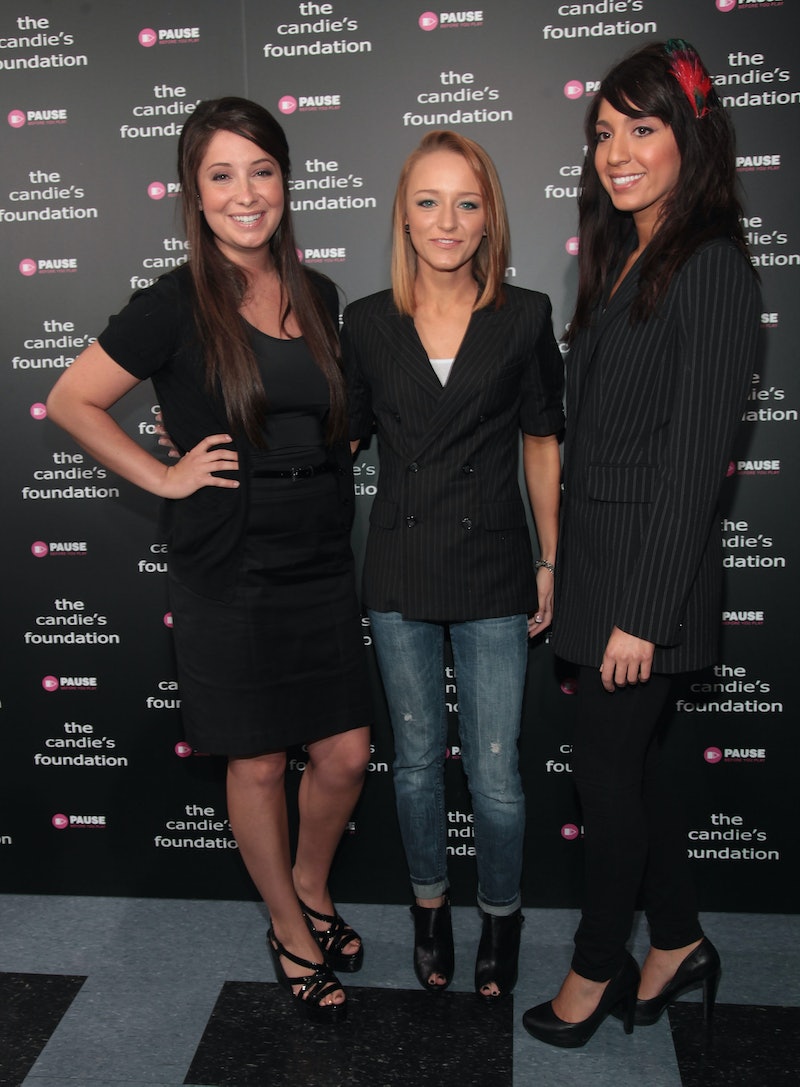 16 and Pregnant and Teen Mom may serve a higher purpose than providing distractions for hungover Saturdays. Apparently, the schadenfreude-inducing shows may also be preventing teen pregnancy. According to a new poll by the National Campaign to Prevent Teen and Unplanned Pregnancy, 82 percent of teens cited 16 and Pregnant as "helping them understand the challenges that come with unexpected parenthood" — and then, presumably, deciding, Oh, hell no. The economists who led the study, from Wellesley and the University of Maryland, found that both shows correlated with a 5.7 percent drop in pregnancies.

Kearney and Levine looked at birth records and Nielsen TV ratings to find that teen pregnancy was declining faster in areas where more teens were watching the MTV shows than in areas where teens were not. All in all, the study suggests the MTV programs might have prevented more than 20,000 births to teenage mothers in 2010.

Take that data as you may, but it's also supported by a University of Missouri study done last April. The teen birth rate continues to drop across the U.S., and the year Teen Mom premiered in 2009, the country saw a six percent drop in teen pregnancy. (2005-2007, by comparison, saw teen pregnancy increase.)

"Some critics say these shows glamorize teen pregnancy, but our survey data shows that's not the case – that not only do they not glamorize it, but teens who have seen it suggest it makes the realities of teen parenthood more real to them," National Campaign spokesman Bill Albert said.

Even though "glamorization" critiques abound, there's really not a whole lot that's glamourous about these shows — other than the fact that they turn a serious situation into a spectacle; complete with sub-par reality show "scripting" and draaaaahma.

It's depressing stuff. Sure, it's partially scripted, but the girls watching can see parts of themselves in these MTV mommas — and it's not an aspirational vision. No teenage girl is going to watch the show, see the fallout (however exaggerated or simplified) of a pregnancy, and not think twice about insisting her partner wear a condom.

As long as certain states don't start trying to use 16 and Pregnant reruns in place of actual sex-ed (because that definitely works), then, well ... whatever works, America.

More like this
Dyson Is Dropping Futuristic, Air-Purifying Headphones
By Rachel Lapidos
Keke Palmer Just Announced She's "Going To Be A Mom" On 'SNL'
By Brad Witter
'Waterloo Road' Is Back, With More Than A Few Familiar Faces
By Sam Ramsden and Vivian Iroanya
10 Organizations To Support On Latinx Women's Equal Pay Day
By Caroline Burke and Mia Mercado
Get Even More From Bustle — Sign Up For The Newsletter