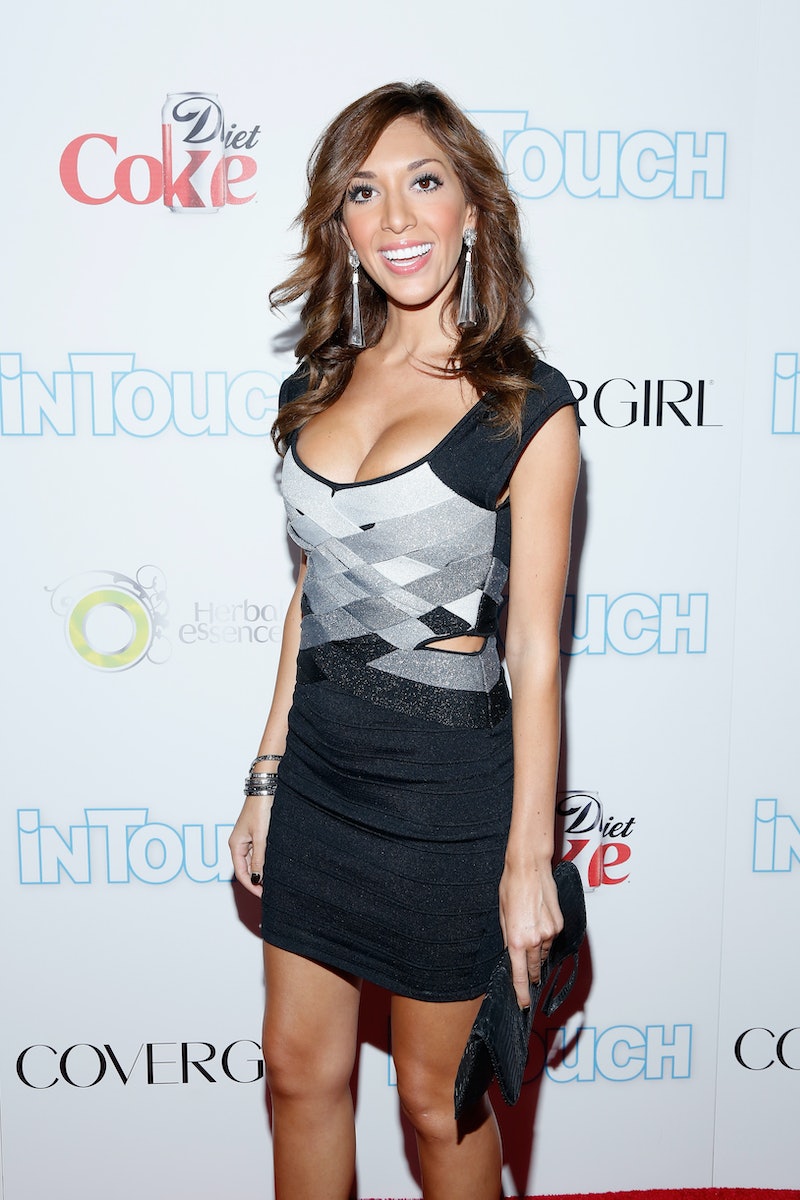 For someone who got famous from Teen Mom, Farrah Abraham is a woman of many talents. Or so she would like you to believe. Her latest venture is acting — with clothes on this time. Complex did us all a favor today and posted Farrah's audition tape for Days of Our Lives. Yes, the soap opera. And she's a horrifically terrible actress. But we'll get to that in a second.

Teen Mom fans (don't be ashamed) might remember that when we first met Farrah, at some point between yelling at her parents and ugly-crying, she mentioned her dream of becoming a model. She got a boob job to help her modeling career, booked one job and decided she didn't want to be a model. Next came culinary school, remember when she got frustrated trying to study while baby Sophia distracted her? She never became a chef, but now she does have a line of pasta sauce with her mom and grandma.

Finally, the acting. It might even be worse than you expect. She reads her lines off her phone the whole time and takes history's longest pauses. The video has even lead me to develop a theory that it is physically impossible for Farrah to talk without whining. Watch the video below, because there's no way you'll see Farrah's acting in a TV show or movie anytime soon.

Farrah Abraham: the gift that keeps on giving.

More like this
Zach Gilford Admits He Forgot Taylor Swift's Name When He Starred In Her Music Video
By Jake Viswanath
Britney Spears Shares & Deletes Photos Of Justin Timberlake From 22 Years Ago
By Jake Viswanath
20 Years Ago, J.Lo Was Supposed To Kiss Madonna With Britney At The VMAs
By Jake Viswanath
Hilary Duff Is “Optimistic” About A 'Lizzie McGuire' Reboot
By Alyssa Lapid
Get Even More From Bustle — Sign Up For The Newsletter
From hair trends to relationship advice, our daily newsletter has everything you need to sound like a person who’s on TikTok, even if you aren’t.