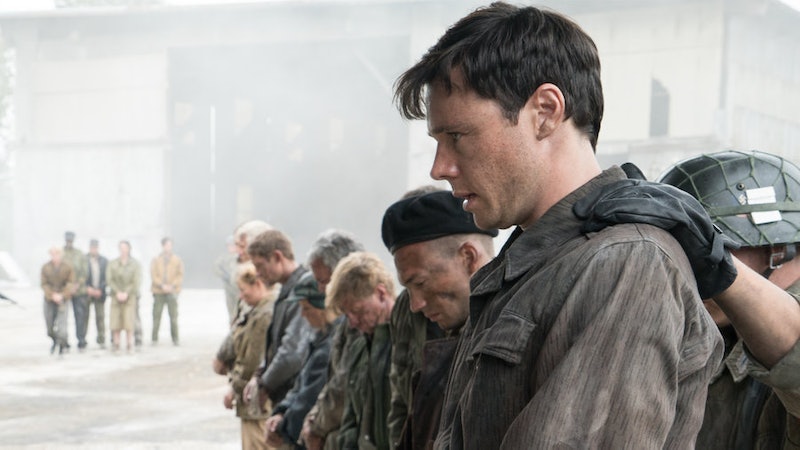 I'm not a history buff, but even the layman can get into The Man in the High Castle . The alternative-historical television show that Amazon has produced reimagines a world where things are familiar, but everything is different. In the ultimate "What if..." The Man in the High Castle asks, "What if the Axis powers won World War II?" This means the United States has been divided into three sections by 1962, when the show takes place: Greater Nazi Reich, Japanese Pacific States, and the Neutral Zone. Somewhere in the middle of this is a world where some are imagining another "what if," where the U.S. didn't crumble after World War II.

If it sounds like a history lesson that you usually would have slept through in high school, don't worry. The show doesn't take the shape of a documentary-style show, but instead moves into a fictionalized series with a lot of plot. The show's three main characters from the pilot are Frank, Juliana, and Joe Blake. Frank is a jewelry designer who lives in the Japanese Pacific States (San Francisco, to be exact) with his girlfriend Juliana. He is hiding his true identity as a Jew, in hopes of living a safe life. Juliana, his girlfriend, embarks on a journey her sister started, leaving San Francisco and Frank behind, and traveling to Colorado, within the Neutral Zone.

And then there's Joe Blake, who we are led to believe wants to work with Mr. Warren, the underground leader of resistance in New York against the Nazi regime. As the pilot proves, nothing is quite as it seems, since Joe is hiding his true motives of traveling across the country.

While the show uses real history, it revises it to tell the story post-World War II. For instance, Frank and his friend discuss how Adolf Hitler, who is suffering from Parkinson's Disease, probably doesn't have much time to live, possibly leading to a revolt after he dies. Neurologists have suggested that Hitler suffered from Parkinson's Disease , but the show presents this as fact. So much so, that in the show, Hitler is highly suffering from the disease in 1962, even though Hitler killed himself in 1945.

The revisions to history is what makes the show exciting. You don't know where the world has gone since the war ended, and as the story develops, more is revealed about the almost 20 years the war has been over. As for the future of the show, it's development will count on what Juliana finds when she gets to Colorado. For her, she seems to be chasing a world that doesn't exist (which closely mirrors the world we live in today). But, as mentioned earlier, things aren't always as they seem. It wouldn't be surprising if Juliana's expectations weren't anything more than a film reel.