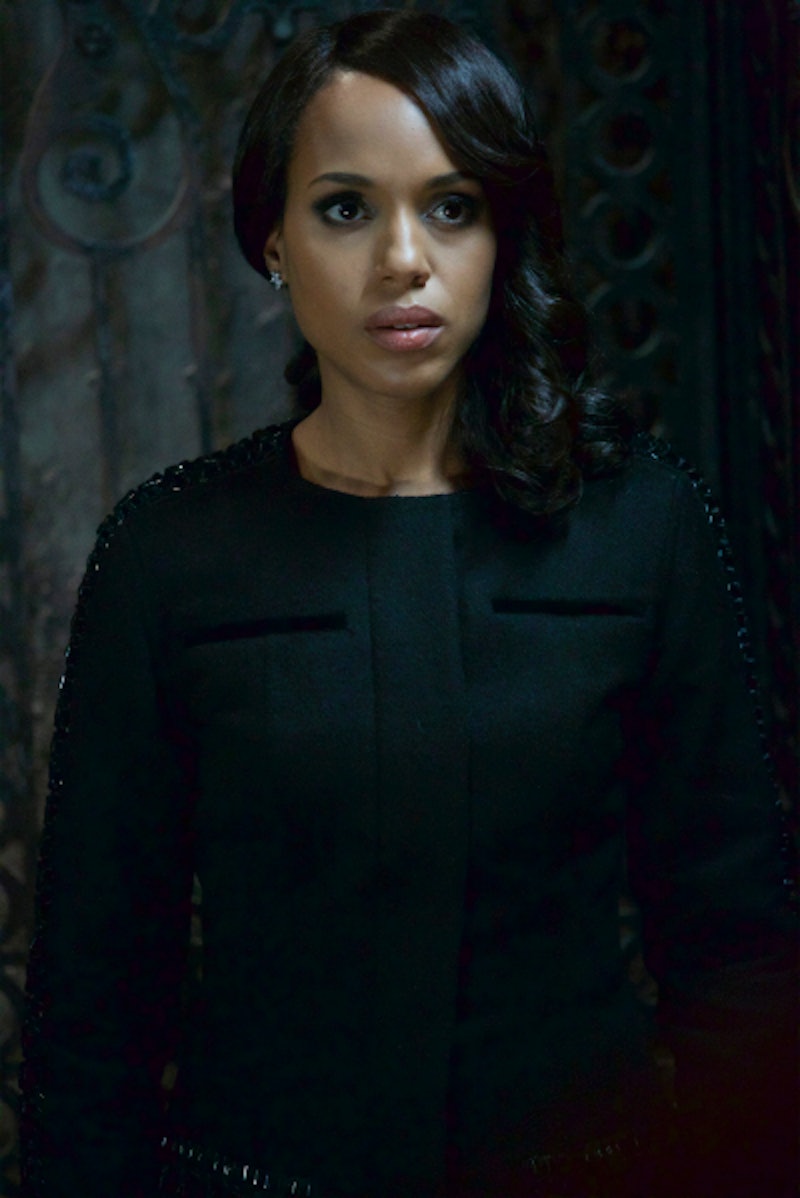 For a show that has definitely had its groundbreaking moments, Scandal is definitely delivering on the Season 5 midseason finale. Kerry Washington promised us on Twitter that this was the episode you'd want to watch live, and she was absolutely right. Because in a completely unexpected moment, Olivia had an abortion on Scandal , and although it was an incredibly controversial move by the show and Shondaland, it was also a truly awesome one.

Of course, abortion is something that has been alluded to on TV before, but this is one of the first times it's been shown so openly on network television — especially in a clinic. One minute, Mellie was kicking some serious butt in a congressional hearing as she conducted her filibuster to save Planned Parenthood, and the next, Olivia was lying on an operating table, and the procedure had begun. It was a quiet scene that lasted only a minute or two, but that was enough.

For Olivia the character, it only highlighted her bravery. And for Scandalas a whole? Having the female lead of such a popular show have an abortion on screen was such a powerful, important moment, and even though it just happened, I can see it having a bigger impact on TV in the future.

Well done, Shonda Rhimes! How cool would it be if this one scene set a new precedent for how a woman's right to choose translates into television? My fingers are crossed.

More like this
We’ve All Had Bad Sex. Nona Willis Aronowitz Is Talking About It.
By Sophia Benoit
It’s Official: 'The Bachelorette' Is No Longer A Fairy Tale
By Samantha Allen
Beyoncé & Madonna’s “Break My Soul” Remix Honors A Group Of Black Icons
By Stephanie Topacio Long
Olivia Wilde Calls Out Ex Jason Sudeikis Amid Fraught Custody Battle
By El Hunt
Get Even More From Bustle — Sign Up For The Newsletter