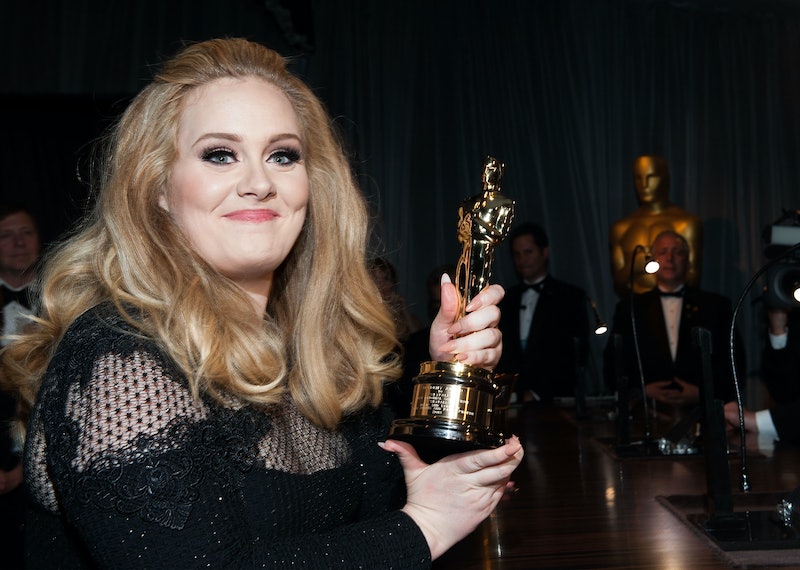 The wait is finally over, and no doubt you’re still emotionally unprepared. On Friday Adele released her brand new album 25 after about a thousand (read: four) year hiatus. It’s kiiiiind of a big deal, since, before the album even debuted, Adele had broken the record for most VEVO views in one day with “Hello,” surpassing Taylor Swift’s “Bad Blood” and shaking up the Internet (literally, with racking sobs). And, though it’ll be a bit before record sales are in, I’m sure you’re curious about all the other records Adele and 25 are breaking right now.

Seriously, have you counted all the tears you’ve shed since “Hello” first hit the Internet? Or have you considered all the angst that would result when it was revealed that Adele wouldn’t put 25 on streaming services like Spotify or Apple Music? No. No you didn’t. It’s OK, though, we’re gonna walk through all the non-CD related records that are getting shattered right now. Which is good, since I don’t know how many CDs are actually gonna get sold in the long run. Streamers can be spiteful.

Regardless, here are all the important musical categories and awards that Adele is definitely killing it in with the debut of 25.

1. Record Number Of Tears Cried In The Duration Of A Single Song

It started when "Hello" debuted a month ago, and it has yet to stop. You're thinking of just living in a house boat, the apartment is getting so waterlogged.

2. Record Number Of Tissues Sold In Tangent With An Album's Debut

The correlation is there, and Kleenex is making out like bandits.

3. Highest Number Of Phone Calls To Your Ex Since That One Blitzed-Out Night In 2012

Remember your first and last romp with tequila shots? Neither do I, but the 12 voicemails on your ex's phone kind of fill in the blanks. Props for going for a brave (and sober!) 17 this time around.

4. The Number One Cause Of Stressed Out, Untrained Vocal Chords

You just can't hit those high notes, baby. You're gonna hurt yourself.

5. Leading Cause Of Eyeliner-Related Injuries

Have you seen that cover? There's no way a normal human can reach that level of cat-eye perfection.

6. Worst Thing To Come On When You're Wearing Said Eyeliner

I mentioned the river of tears, right?

When surveyed, record-breaking numbers of pop music fans agreed that their anxiety levels spiked after realizing 25 isn't streamable. To quote one distraught fan, "I can't."

8. Strongest Hit Of Nostalgia You've Had Since That Last Throwback Article About Cassette Players

If you ever have trouble recollecting the highlight reel of all your failed relationships, just put on an Adele CD.

9. Most Times Anyone Has Ever Ripped Out Your Heart And Sung What You Feel In Your Soul

She has both the right vocal range and nails for this.

10. Saddest Record Of The Year

11. Hardest 48 Minutes And 25 Seconds Of Your Entire Life

Let's queue it up again, shall we?

This is only the tip of the iceberg, but I'm sure there's more to come. Stay tuned, and keep your tissue box close!