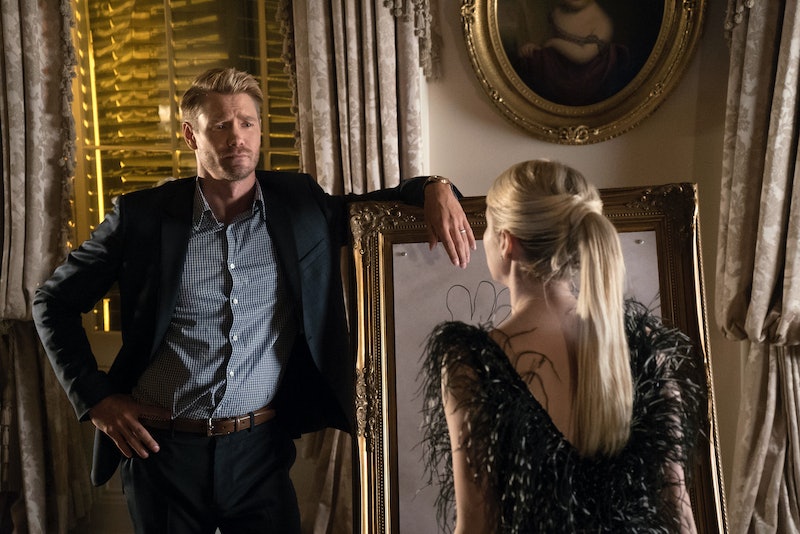 The holidays are among us, which means that our favorite TV characters are going home for some serious family time. In what may be the most important family reunion of the season, Chad Radwell returns home on Scream Queens — well, the Hamptons — to celebrate not being slaughtered, yet, with his family. Among them, Chad's older brother Brad Radwell, played by Chad Michael Murray. Yes, Chad is playing Brad, the brother of Chad. Did you get that? We don't know much about Brad Radwell, but judging by his brother Chad, we can probably figure out what to expect.

Throughout the majority of the season, I've grown to love Chad Radwell. He's not a good guy, but he's pretty addicting. And I'm really hoping the same goes for Chad's brothers Brad and Thad. (Yup, Thad, Chad, and Brad. Sounds about right.) Chad has briefly mentioned Brad throughout the season. All we know in terms of facts is that Brad is a Hollywood talent agent, which makes a lot of sense in a strange way.

So what can we expect from Brad Radwell based on his brother's personality? Here's what we can expect when the Radwell family gets together to give thanks on Scream Queens.

Chad Radwell has style, that can often be described as golf caddy with a penchant for pastels, and it seems that maybe Chad got his great style from his brother. But really, are you even a Radwell if you don't look good?

Chad's got a need to be the center of attention, but could it be a battle of the Radwell brothers once they're all in the same room together? It's possible that Brad could be more subdue than Chad, but what fun would that be if they didn't all fight to be the Alpha Radwell.

Judging by this family photo — which is amazing, I'm going to frame it for my own home — Brad has a wife, or at least a girlfriend, who is coming to Thanksgiving, too. Maybe Brad's S.O. can be Chanel's saving grace if Mother and Father Radwell disapprove of her, since she's been in her shoes.

He's Probably Not The Killer

While it would be a fun twist for Brad to be involved in the killings, I don't think we ned to worry about yet another person to add to the suspect list. While a Thanksgiving with the Radwells would probably be scary — albeit, entertaining — there's probably not a killer in the house. Unless it's Chanel or Chad.