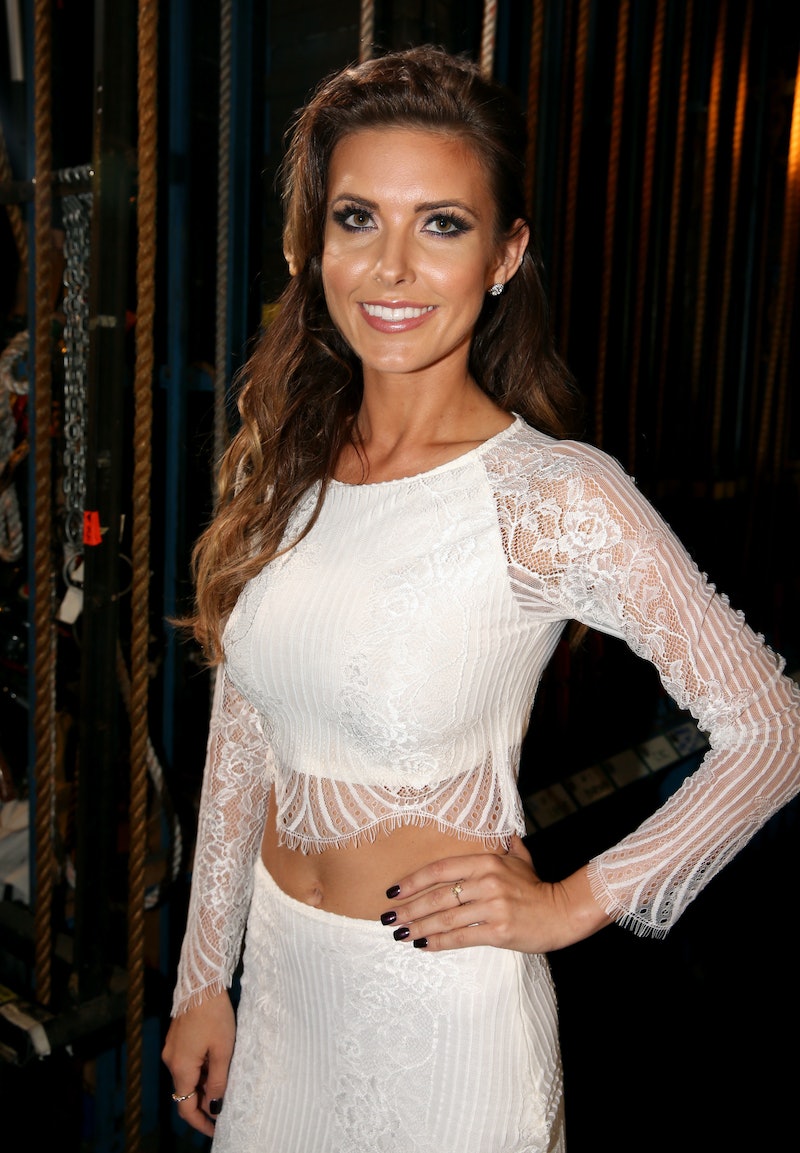 It looks like love is in the air for the cast of The Hills! Recently Whitney Port tied the knot to longtime boyfriend Tim Rosenman, who happened to be an associate producer on her other MTV show, The City. Meanwhile, Lauren Conrad married William Tell last September. Now Audrina Patridge is engaged, but before you ask: No, it's not to Justin Bobby. Patridge was proposed to by longtime boyfriend Corey Bohan, and the details of the engagement are made-for-TV cute. On Friday night, Bohan proposed at the Summit House in Orange County, California, and even asked Patridge's dad for permission first. In an interview with People, she recounted what happened. Here are the details:

When dessert time came Corey ordered cheesecake and the waiter brought it out on a platter with a beautiful silver cover. I noticed all the waitresses gathering with phones and thought, What is going on! Then all of a sudden the waiter lifted the silver cover and I saw the ring in a box with white rose petals on the plate. Then Corey dropped to his knee and said, "We have been together for many years now and I love you more than anything. I want to spend the rest of my life with you — will you marry me?" I was in shock and kind of didn't even hear him but I said yes!

How sweet is that?! Afterward, her family came to the restaurant to celebrate with champagne, People reports. Patridge later shared the good news on Instagram and her personal website. Bohan also celebrated via Instagram.

If you're scratching your head and wondering who Corey Bohan is, I've got you covered. Bohan is a professional BMX rider from Australia, who has been dating Patridge on and off since 2008 — that's a very long time. And guess what? He even appeared in a few episodes of The Hills. Yup, there was an entire episode called "Who to Choose?" where Patridge tries to decide between Bohan and another guy — I guess all these years later, we finally know what she decided.

It really is great to see that Heidi Montag and Spencer Pratt aren't the only two from The Hills who wound up together. Congrats to Patridge and Bohan on the happy news!