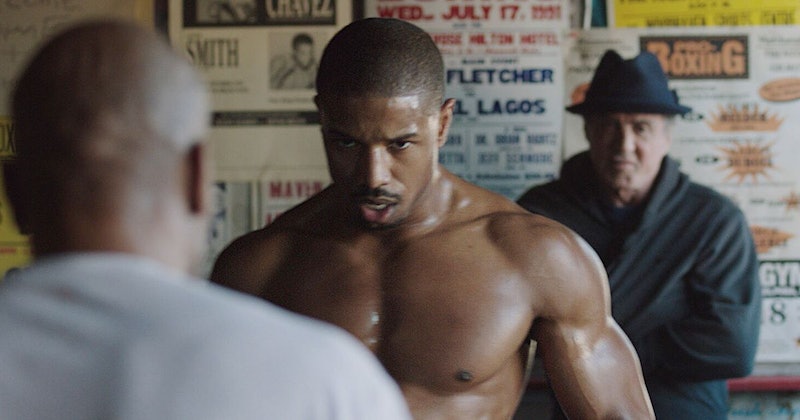 Once you bust through the hurdle of revealing to your pop culture agnostic friends that Creed is not, in fact, a musical biopic about the ’90s Christian rock band, you’ll still need to brave the effort of explaining just how it ties into the universe of Rocky . Somewhat of a sequel, a reboot, and a spin-off, the new movie displaces the spotlight from Sylvester Stallone’s Philadelphian boxer toward the previously unknown son of his 1976 rival Apollo Creed: the equally extravagantly named Adonis, played in the franchise’s latest installment by Michael B. Jordan.

While it’s not unheard of for a successful movie series to shift focus to a supporting, or altogether new, character a few chapters down the line, it hasn’t always proved to be the best strategy for maintaining interest in the universe onscreen. Although Creed may benefit from the sustained presence of Sly Stallone as Rocky Balboa, stepping in to train his deceased pal’s estranged son Adonis, not every new-character-centric spinoff has known the same luxury. Let’s look back at a few once beloved, or at least marginally tolerated, franchises’ past endeavors — some successful, some less so (okay, most less so) at expanding their storylines by means of a replacement lead player.

Though touted as a sequel, Short Circuit 2 is notably absent of its predecessor’s two starring humans: Steve Guttenberg and Ally Sheedy. Instead, secondary player Fisher Stevens — in brownface makeup, as Aziz Ansari has taken great effort to remind us — was bumped up to lead living being alongside robot Johnny 5. Racial insensitivity aside, Short Circuit 2 was considerably less targeted than the original, though charming enough on the merits of its corniness.

An especially rare subspecies of the genre involves placing a former baddie at the center of a new film’s action. The Scorpion King does this with the Rock’s titular reformed evildoer, the cause of the heroes’ conflict in the The Mummy Returns. (Itself a sequel, making this picture not even a spin-off of the original!) Unpopular opinion: Brendan Fraser is an unappreciated gem whose presence was needed to keep this franchise alive.

Not exactly the purveyor of Network-caliber cinema in the first place, the National Lampoon banner has, quite sloppily, drawn out a number of its franchises past their point of expiration. Nobody wanted to see Cousin Eddie’s Vacation spinoff, nor Kal Penn’s The Rise of Taj (spun off of Van Wilder). These characters — one note stereotypes — were hardly suited to lead their own scenes, let alone their own feature films.

The most egregious culprit of the unnecessary spinoff game is the American Pie franchise, which has spit out more wincingly tangential, increasingly regrettable direct-to-video releases than one human should be asked to conceivably count. By the third, fourth, or eleventh outing, they had already expensed younger siblings and parents and had moved onto cousins. Stifler — a supporting character in the original, if you’ll recall — had a cousin who led one of these movies.

After the successes of Knocked Up (directed by Judd Apatow) and Forgetting Sarah Marshall (produced by him), the creatives involved saw opportunity for more story. The latter picture spawned Get Him to the Greek, a screwball showbiz comedy that connected to Sarah Marshall via Russell Brand’s supporting character Aldous Snow; even returning actor Jonah Hill played a completely new character. In an usual turn of events, the film was received nearly as well as its predecessor, though has not sustained quite the same colloquial legacy. A few years after, Knocked Up gave way to This Is 40 on the connecting thread of Leslie Mann and Paul Rudd, which was an immediate critical and popular disappointment.

In the past year, we’ve seen the likes of Penguins of Madagascar and Minions rear from the Madagascar and Despicable Me films. While the feathered Arctic adventurers gleaned a good deal of praise for their odd sense of humor, the babbling lackeys were castigated for not deserving to steal the limelight from Steve Carell’s supervillain Gru.

And so, we'll see the effort braved once more when Michael B. Jordan takes the Rocky torch in Creed. Will Adonis fill the shoes of Stallone's speech-slurring underdog? He's got a better shot than Fisher Stevens, Kal Penn, or the Minions ever did.