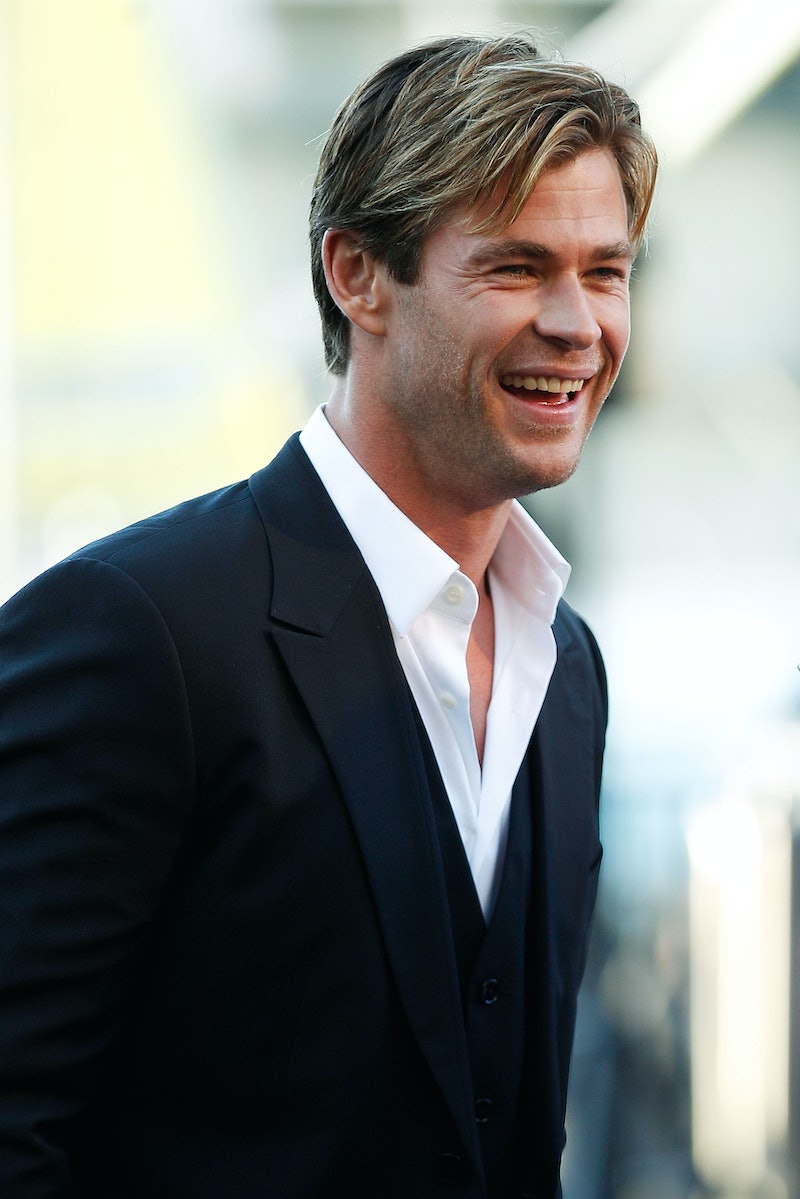 Chris Hemsworth is probably best known for his role in Thor, and Thor is probably best known as the hulking, built ruler of Asgard in both his own movies and The Avengers. (Numerous gags revolve around other characters trying — and failing — to lift Thor's hammer, either because it's so heavy or it doesn't submit to anyone who isn't its master.) So Hemsworth was almost unrecognizable when he took to Instagram on Monday to reveal his dramatic weight loss for his upcoming role in In the Heart of the Sea. "Just tried a new diet/training program called 'Lost at Sea,'" he captioned. "Wouldn't recommend it." He's nearly skeletal, a far cry from the muscle-bound frame that made audiences swoon in Vacation and The Avengers. How much weight did Chris Hemsworth lose for In the Heart of the Sea ?

According to Entertainment Weekly, Hemsworth puts his weight loss somewhere around 15 pounds. In In the Heart of the Sea, Hemsworth plays a sailor named Owen Chase aboard a whaling ship in the 19th century. It's reportedly based on the story that also inspired Moby-Dick — when a whale destroys their ship, the Essex, the surviving crew is forced to make their way to safety aboard a lifeboat with meager (or no) supplies. To really embody the steady starvation the men confront, filmmakers had the cast reduce their caloric intake over the course of the shoot, eventually decreasing it to just 500 calories per day.

The 500-calorie diet lasted three to four weeks, according to the Los Angeles Times — "I spend more time thinking about food than anything else at the moment," Hemsworth told Entertainment Tonight during that phase, according to the Times. He added in Entertainment Weekly that he and his co-stars swapped notes on their diets and compared who was skinniest amid a taxing shoot on the high seas.

"We all felt like a bunch of supermodels, trying to get down in weight for a show," he told EW, adding that the men weighed themselves daily to gauge their process.

Hemsworth also told Entertainment Weekly that his weight was already lower than his Thor ideal when shooting began, because he had been working on Michael Mann's Blackhat. In the Heart of the Sea began shooting in late 2013, while Blackhat had filmed earlier in the same year; Avengers: Age of Ultron began in early 2014. "When you’re already starting off lean, it’s brutal to chew through that kind of weight," he explained. "Every pound feels like a kilogram." (A kilogram is approximately 2.2 pounds.) And while 15 pounds might be comparatively little in relation to the 50 that Tom Hanks lost for a similar role in Cast Away, it's still a grueling process.

The rapid weight loss also contrasts with the direction Hemsworth is usually instructed — he gained 20 additional pounds of muscle mass to play the Marvel hero for Thor and The Avengers films. But it's not just shedding pounds that makes Hemsworth look so beleaguered and shipwrecked; it's also the scraggly beard, dirt-streaked complexion, and beet-red sunburned chest. I think I speak for all of us, Hemsworth included, when I say that we're looking forward to the return of Thor.