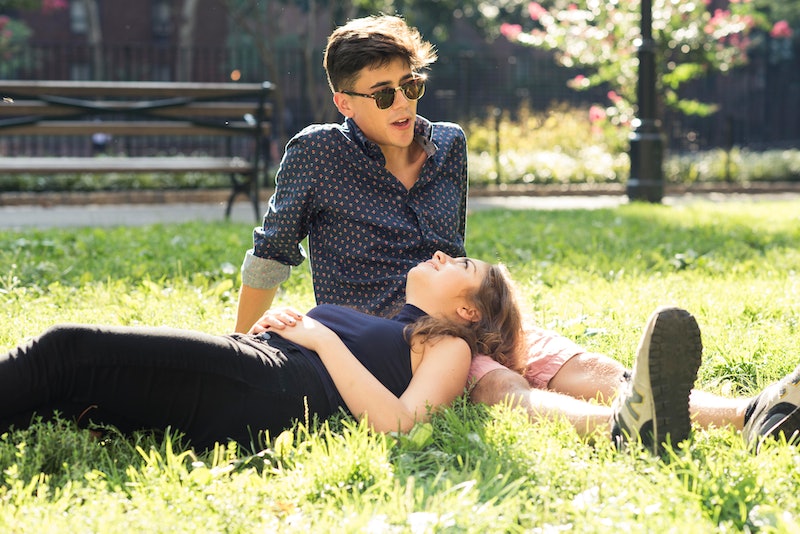 In Antoine de Saint-Exupéry’s iconic book, The Little Prince, there’s a line in which the prince says, “Language is the source of misunderstandings.” But while that is both poetic and true, to some degree, it seems that all the language in the world, good or bad, means nothing without the tone attached to it. According to a new study, you can say all you want to your partner, even praise them wildly, but your tone of voice matters in relationships.

The study by the University of Southern California created a computer algorithm that, 79 percent of the time, could accurately predict the status of your relationship, as in it’s getting better or worse, simply by measuring the tone of your voice. To achieve this, the researchers recorded hundreds of conversations from marriage therapy sessions of over 100 couples. They did this for five years to see if, contrary to the words the participants chose to use, the tone in which they said them could reveal something more. The algorithm was able to easily detect moments in the conversation when emotions were running high.

Takeaway? Words may be the source of misunderstandings, but there’s nothing to be misunderstood in your tone. Well, at least if you have a computer algorithm in your back pocket to detect what your partner really means no matter what they say.

1. Negative Feelings Can Stand In The Way Of Resolution

According to a study by the University of Illinois, when one partner is experiencing negative feelings, they’re unable to see if an olive branch is being offered after an argument. As long as those negative feelings reside in your psyche, even if you’re unaware of their presence, no matter what your partner does to try to rectify an issue, you’re just not open to it even being a possibility.

But the study also found that in using “conflict resolution strategies,” the partner with the negativity was able to let go and things could go back to being fine and dandy… well, until another argument. But arguing with your partner is totally normal, so there’s no need to fret.

2. Saying ‘Thank You’ Can Do Wonders

Even though we may be eternally grateful for our partner, a recent study found that if you really want to keep the satisfaction in your relationship alive, you need to say it out loud. While tone and actions may speak louder than words, there is power in saying, “thank you” to your partner, even during a rocky patch, because it promotes appreciation. People want to feel appreciated, especially by their partners.

3. Nonverbal Communication Can Create Conflict As Much As It Can Create Understanding

While we already know that giving someone the stink eye is pretty much code for, “You’re on my sh*t list,” other forms of nonverbal communication can also, even if we don’t realize it, interfere with our relationships.

Research has found that in order for nonverbal communication to be successful in conveying true emotions to our partner, it needs to be appropriately interpreted by them. If you tell your partner something, and they scowl simply because they’re distracted by something else unrelated to you, conflict can arise. On the other hand, a reassuring smile can relay an entirely different set of emotions. What it comes down to is being wary of your nonverbal communication, no matter what side of it you happen to be on.

4. You Need To Speak The Same Language

While, yes, being able to speak the same language might be a great start in communicating successfully, what I actually mean is that both you and your partner need to have the same communication style.

According to linguistics expert Deborah Tannen, people tend to think they’re speaking the same language, even though they really aren’t. Communication styles are a composite of many things including age and culture, so if the patterns in which two people communicate do not line up, there’s a breakdown of communication. It’s about finding a balance in communication styles, if the two partners are on completely different pages in their approach.