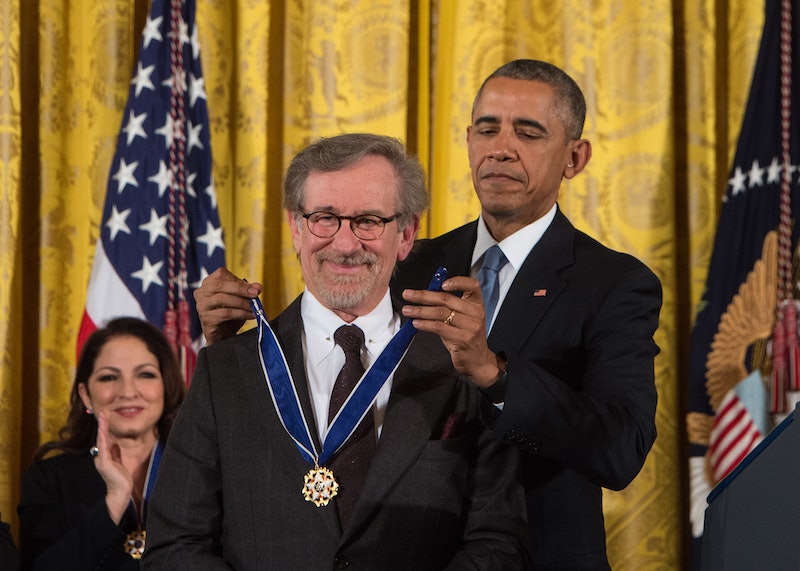 On Tuesday afternoon, President Obama honored 17 recipients with a Medal of Freedom, the highest civilian award given in the nation, and some of Hollywood’s biggest stars were among those selected. Barbara Streisand and Steven Spielberg, both legends in their own right, were chosen by the president to receive the award for their contributions to the nation's innovations and success. And when it comes to cultural impact, the two stars have unquestionably done incredible work in furthering America's standing, both within the world of entertainment and outside of it.

Each year the president selects a group of individuals to honor with the Medal of Freedom, choosing those who have contributed to the security of the United States, world peace, or to cultural endeavors that make it great. As it's one of the highest awards that a person can receive in the country, the Medal is a huge honor, and only the cream of the Hollywood crop has been selected to receive it. Some of the other people recognized this year with a Medal of Freedom were James Taylor, Stephen Sondheim, Yogi Berra, and Itzhak Perlman. See what I mean? This award is not for the fly-by-night Hollywood types.

Just take a look at some of the past winners of the award. They are some of the most well-known artists who have ever worked in Hollywood, and Streisand, Spielberg, and the rest rightfully belong amidst their ranks.

Streep won the award just last year for her long and illustrious career as an actress. Her roles have touched on significant cultural topics and social issues, and I’m sure that work is largely what inspired President Obama to honor her in 2014.

As the first African-American to win an Academy Award for Best Actor (in 1964, while the country was still embroiled in the Civil Rights movement), Poitier has had a groundbreaking career, and one that deserved to be honored.

Appearing in over 100 films, Heston brought some of the most epic stories and characters to life, like Moses, Ben-Hur, and even a talking monkey in Planet of the Apes.

A film and fashion icon, Hepburn was one of the top screen legends in Hollywood. With more awards than I can possible count, Hepburn’s longstanding career and iconic status was well-deserving of the medal.

America’s funny lady, Ball was honored in 1989 for a lifetime of making the country laugh with her amazing charm and impeccable comedic timing.

The maker of all of our childhoods, Walt Disney won the award in 1964 for his amazing contributions to the world of animation. I personally would have given him the award just for making Disney World, the place of my eternally childlike dreams.

Congratulations to this year’s recipients. They are all rightfully deserving.